How Student Project on Vegetarianism and Sperm Went Viral 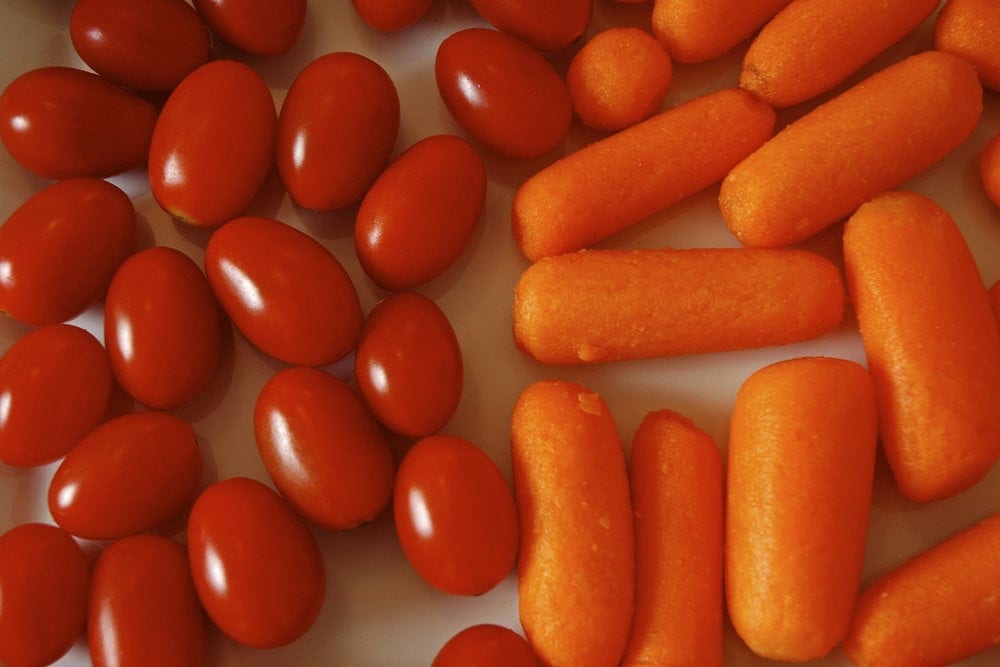 The research, undertaken to fulfill a requirement of Loma Linda University’s residency program, has been featured across the world, including in the Hindustan Times of India, on Kremlin-controlled Russia Today television, and in the Huffington Post. The Adventist Review published a report that prompted vigorous online discussion. Even popular U.S. comedian Conan O’Brien made an off-color joke about the study on his television show.

The media hoopla is surrounding a study whose main finding could be summed up as “more research is needed,” an irony not lost on its lead author, Dr. Eliza Orzylowska.

“It’s a very preliminary study and not clinically significant, so to get this much press surprised me,” Orzylowska said in a telephone interview.

In fact, she said, scientifically proven evidence that vegetarians enjoy longer, healthier lives is far more significant than her study’s conclusion that vegetarian men have a lower sperm count than those who eat meat.

“The health benefits of a vegetarian diet outweigh the finding of the study, and we cannot deny that,” she said late Wednesday.

What the Study Found

Orzylowska, leading a team of five researchers, unveiled the group’s preliminary finding at an annual conference of the American Society of Reproductive Medicine in Hawaii on October 18 to 22. The research, presented on a poster rather than in a paper or plenary speech reserved for published studies, indicated that vegetarian men have sperm counts of 50 million sperm per ml compared to 70 million sperm per ml for non-vegetarians. In addition, about 30 percent of sperm in vegetarian men were actively mobile compared to nearly 60 percent in non-vegetarians.

The four-year study, conducted at a Loma Linda University infertility clinic, used a small sample group of 26 vegetarians, five vegans, and 443 non-vegetarians. Clinic patients were entered into the study if, when they dropped off semen for analysis, they checked off an optional box on the clinic’s consent form that showed their diet was vegan, vegetarian, or non-vegetarian, Orzylowska said.

She could not say whether it was significant that so many more non-vegetarians than vegetarians had sought treatment for infertility, noting that the study did not measure how long participants had adhered to their diets. She also expressed disappointment that so few vegetarians had been part of the sample group.

“It’s a preliminary study,” she said. “With the sample size, we did not have as many vegetarians as we would have liked.”

Orzylowska said the media might have headlined with the sperm count, but the decrease in sperm was not sufficient to leave a man infertile.

“Although the headlines read about the decreased sperm count, it’s not clinically significant. It’s just an observation that we made,” she said. “But since it is not at an infertile level, it is hard to say that you should do anything based on this finding.”

So if the study was preliminary and never found that vegetarian men were infertile, why did it take the media by storm?

Orzylowska, who is delighted with the unexpected media attention, has no idea.

“Everyone knows how a vegetarian diet is beneficial,” she said. “I guess the media are looking for something new.”

Her dean at the OB-GYN department at the Loma Linda University School of Medicine, Dr. Melissa Kidder, said it was highly unusual for the media to cover such a project, especially one that remained unpublished in a peer-reviewed journal.

“It’s not usual at all,” Kidder said by phone. “The words ‘vegetarian’ and ‘sperm counts,’ I think that’s what made it fly.”

Britain’s Telegraph newspaper ignited the media frenzy when its science editor noticed Orzylowska’s work listed among the entries to the Hawaii conference and called her for an interview, Orzylowska said. The resulting article, published Oct. 20, did not specify that the study had only been published in summary form in a supplement to the Fertility and Sterility journal. It did not say that the research was a residency program requirement. Nor did it link the participants to the infertility clinic.

The Telegraph’s science editor Sarah Knapton, who authored the article, did not reply to an e-mailed request for comment.

Orzylowska’s research is not connected with either of the Adventist Health Studies, both landmark, peer-reviewed analyses that found that Seventh-day Adventist vegetarians live seven to 10 years longer than the average American. The Adventist Health Study-2, or AHS-2, has drawn from a large pool of Adventists in North America; is largely supported by the National Institutes of Health, a leading U.S. government medical research center; and meaningful information continues to emerge. The first Adventist Health Study focused on the heavily Adventist-populated region around Loma Linda University in southern California.

Dr. Peter Landless, director of the Health Ministries department of the Adventist world church, praised AHS-2 as “robust” and “well powered” with a sufficient number of participants to give reliable results.

“We are committed to establishing reliable and evidence-based health and lifestyle practices,” Landless said. “We will pursue the scientific approach and test the hypotheses thoroughly. We have been blessed to enjoy and experience the benefits of where the evidence has led. It must, however, be sound and well-founded.”

He added: “It is an unfortunate but real issue that any research on nutrition that comes from Loma Linda is considered to be a part of the robust AHS-2.”

Turning to Orzylowska’s study, he said it should be viewed as a pilot study with very small numbers of vegetarians studied. “Reliable conclusions cannot be drawn. but as with many such studies it has raised more questions than answers,” he said.

Landless and Fred Hardinge, associate director at Health Ministries and a registered dietitian, expressed concern with remarks that Orzylowska gave to the Telegraph that soy products might be to blame for the lower sperm count. Evidence is not available to support this conclusion.

Orzylowska’s comments prompted protests from a number of readers on the Adventist Review’s website and Facebook page who said they belonged to large families and were life-long vegetarians.

Orzylowska distanced herself slightly from the soy comments in the phone interview, saying scientific research on the issue was inconclusive. She also said she had spoken after the newspaper journalist asked her to speculate why vegetarian men might have a lower sperm count.

“But that is only one theory,” she said. “It could be pesticides. There definitely needs to be more studies done.”

A separate Harvard study has identified pesticides as a potential cause of lower fertility among vegetarians who eat a lot of fruit and vegetables.

Orzylowska said her research was not completely new and a few other studies have drawn similar conclusions. She is now writing up her research for submission to a peer-viewed journal.

Since the Telegraph article appeared on October 20, other media have jumped on the bandwagon.

Orzylowska paused when asked if the media had overplayed her study.

“It did get sensationalized,” she said. “But they have to sell papers.”

The Telegraph, October 20, 2014: “Vegetarians Have Much Lower Sperm Counts”

Fertility and Sterility journal: “Decreased Sperm Concentration and Motility in a Subpopulation of Vegetarian Males at a Designated Blue Zone Geographic Region”