How One Couple Gave Away 2,000 Bibles in PNG By: Wendell and Linda Downs with Maritza Brunt, Adventist Record

How does a special missionary ministry or outreach start? Beginnings are certainly as diverse as the outreach. Somehow, God opens people’s eyes to a need, then puts resources within reach to fill those needs.

That is how it worked for Wendell and Linda Downs. The American couple retired from pastoral ministry at the end of July 2015 but were looking for a way to continue serving. They accepted a call from Adventist Aviation Services (AAS) to help out with the mission and flying needs in and around Goroka, arriving in the Eastern Highlands Province in Papua New Guinea in August 2015.

One evening shortly after arriving, Wendell and Linda began a discussion with their Adventist house guard, Tarufa, about the needs that he had experienced in his village following his baptism in 2013. Tarufa lamented the fact that so many believers would “fall away” after their baptisms. Wendell and Linda mentioned the need for continued spiritual growth following baptism, fostered by Bible study and prayer, to which Tarufa responded that very few of the people he knew could even afford to purchase a Bible.

In fact, the very next Sabbath, a baptism was scheduled in his village, but none of the 24 candidates owned a Bible, and his church was too poor to provide any. Wendell and Linda arrived at that baptism armed with 24 Tok Pisin (Pidgin) Bibles they had found and purchased down at the local Christian bookstore in Goroka.

Three or four days later, Wendell was stopped outside the AAS hangar by a total stranger who told him that he had heard about the Bible gift from the previous Sabbath. The stranger requested Bibles for new believers from his church. After requesting a list of names of those new believers, Wendell and Linda, still having a few resources available, filled that need as well. And so, the lists began to roll in and Bibles went out, as funds became available.

As time went by, a few friends from America heard about the project and sent some limited funds to help. From that time until now, the project has spread to more than 38 villages and has answered 1,489 specific requests, with more than 2,000 Tok Pisin and English Bibles given away. Sixty new Adventist Church hymnals were also distributed.

Coming from the dominant secularism of America, the exciting thing for Wendell and Linda was the deep hunger for God’s Word they observed. A person could sit down in any public place, begin reading the Bible aloud in Tok Pisin or English, and a crowd of people would immediately gather around to appreciatively listen to the Word of God.

Wendell and Linda have returned home now, but the window of opportunity is still open. “We are praying somebody else may take up the challenge where we left off,” they said. 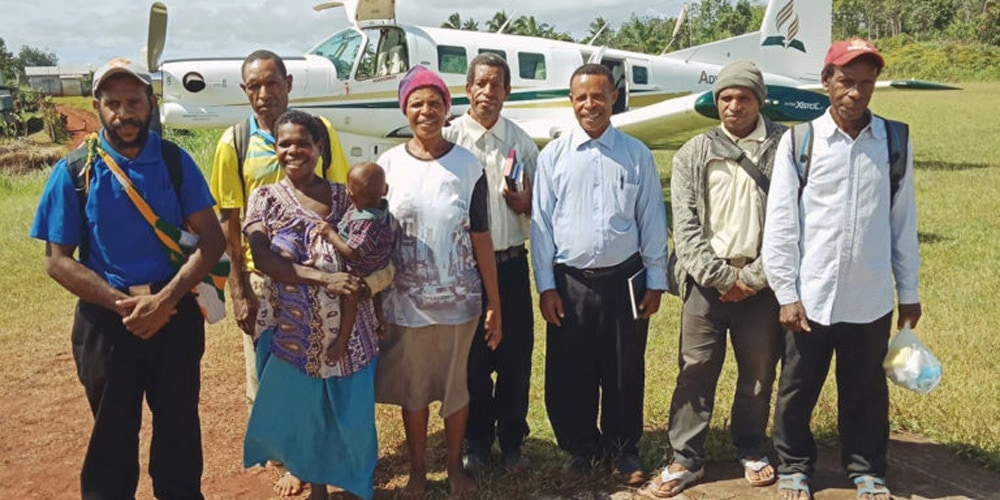