How a Stranded Adventist Missionary Group Made It Home from Honduras 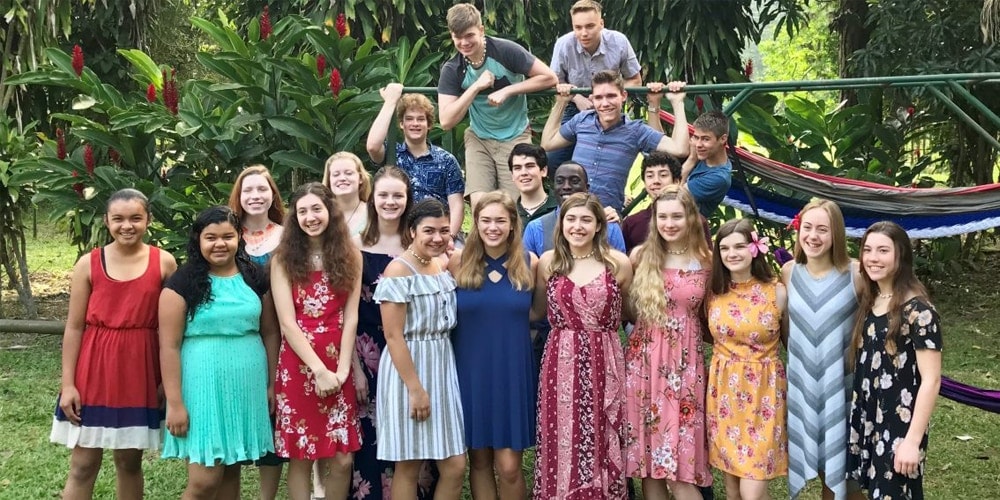 By: Chris Trumble, for Mid-America Union Conference, and Adventist Review

A missionary group from College View Church in Lincoln, Nebraska, United States, consisting of 19 high school students and 15 adults, became stranded in Honduras due to travel complications brought on by the coronavirus pandemic.

Thanks to the unceasing efforts of the group’s organizers, generous donations from thousands of concerned citizens, and some timely intervention from Rep. Jeff Fortenberry of Nebraska and his staff, the youth group eventually returned to the U.S., with volunteers saying they felt relieved and happy to be home.

The group headed to Honduras on March 11, 2020, when concern over the pandemic was beginning to grow but travel was still widely available (outside of a few countries designated Level 3 Health Notice areas by the U.S. Centers for Disease Control and Prevention). Within four days of their arrival, the Honduran government deemed it necessary to close its borders, and the group’s eventual departure, originally planned for March 25, began to be in doubt.

The 35 volunteers on-site in Honduras went about their work.

“It was the fifteenth consecutive year the church has sent a team to an orphanage and malnutrition clinic nestled in the Honduran mountains,” organizers said. “The kids and their adult sponsors spent their days conducting medical screenings and working on construction projects to improve the facilities on the orphanage campus. This year, they also headed into a nearby village and poured concrete and installed running water for a new triage area the fire department needed to deal with potential COVID-19 patients.”

Team leaders also explained that each member of the team had spent the previous months raising funds for the trip, which amounted to US$1,500 per volunteer. This amount went to cover the team member’s airfare, food, and a share of the building and medical supplies the team would use during their two-week stay.

Meanwhile, the group’s organizers were spending hours on the phone with their airline, as well as with the Honduran government, the United States Embassy in Honduras, and other officials, to determine whether the team would be able to return as planned. The news did not sound good — the airline could not retrieve the team early, and on March 19, the airline indicated that it wouldn't be scheduling normal flights into or out of Honduras for the foreseeable future.

On March 20, the group reached out to Rep. Fortenberry’s office, as well as the offices of Nebraska senators Ben Sasse and Deb Fischer, seeking guidance on what steps to take and help in dealing with a seemingly unending gauntlet of bureaucratic red tape. Organizers found a charter flight service willing to fly to San Pedro Sula airport in Honduras and bring the team home, but it would cost the church a minimum of US$145,000, and the church still needed to secure permission from the Honduran government to land the plane in Honduras.

On March 23, Fortenberry’s staff gave the church access to a government chat group to find other U.S. citizens in Honduras trying to get home; the smallest plane the group could charter was a 140-seat aircraft, so the decision was made to make all its extra seats available to others in a similar bind. The next day, with all its seats spoken for, the charter flight was secured and the charter company filed a flight plan and manifest with the FAA and the Honduran government. Honduras initially refused the air rights needed to land in the country, however, and things once again looked bleak.

That same day, March 24, Fortenberry once again went to bat for the missionary team, working with the U.S. State Department to secure landing rights for the charter flight. In the early morning hours of March 25, those efforts paid off, and the charter plane left Miami, landing in San Pedro Sula at 9:00 a.m. The plane departed at 11:30, arriving in Kansas City at 4:00 p.m. From there, the church’s team had a three-hour ride by bus to return to Lincoln, where the group was greeted by relieved family and friends.

“We are grateful to everyone who gave of their time and resources to help bring the team home to Nebraska,” organizers said.

Like many of the current, unforeseen societal effects of the ongoing pandemic, its impact on travel is unprecedented. Organizers acknowledged it is a lesson learned.

“It has given the church a new measuring stick that will help avoid similar situations in the future,” they said.

The original version of this story was posted on the Mid-America Union Conference Outlooknews site. 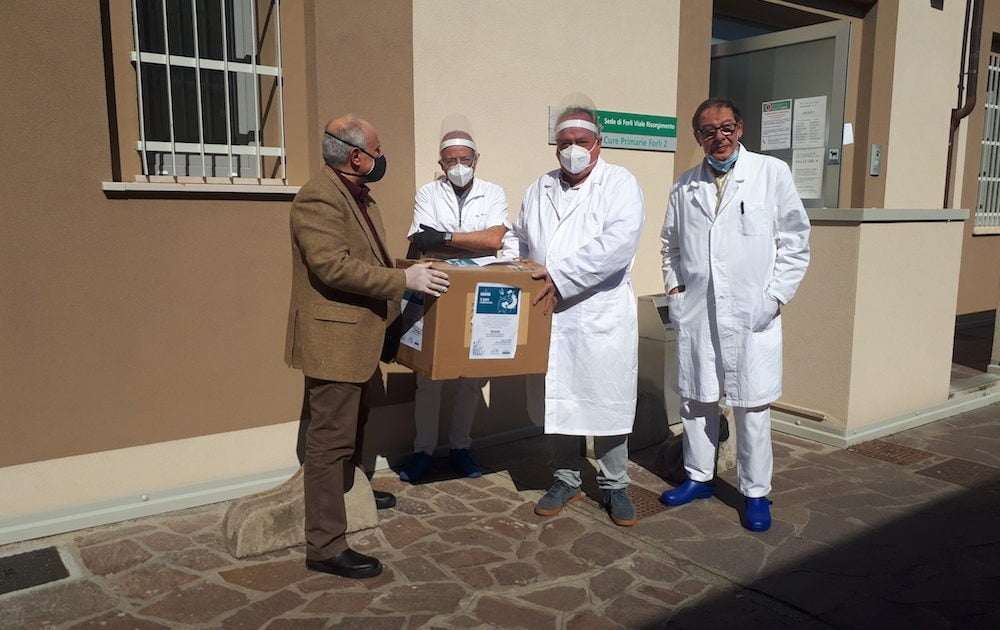 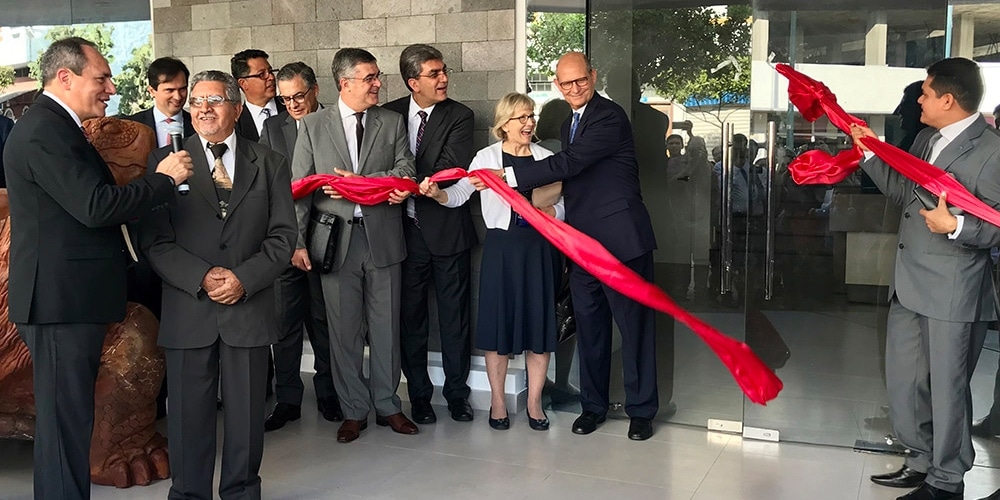 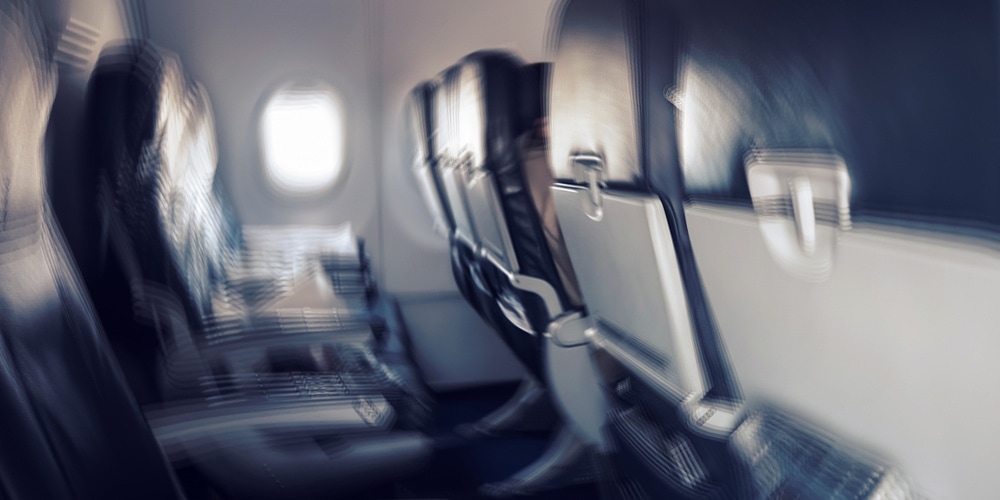