High-Tech Gifts Open Up the World for Schoolchildren in Dominica 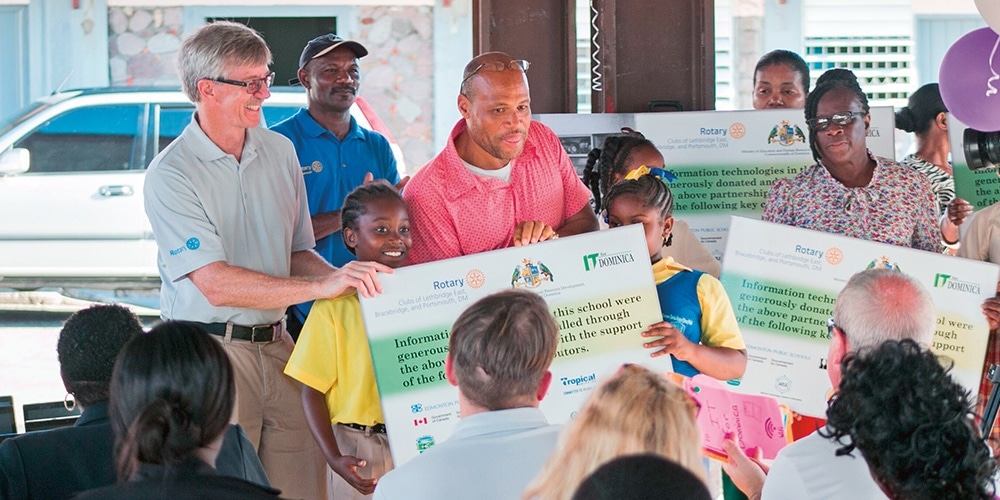 By: Laura Tester, for Canadian Adventist Messenger, and Adventist Review

On a picturesque volcanic island in the eastern Caribbean, children now have the world at their fingertips, thanks to the work of dedicated Canadians. In dozens of elementary schools on the island of Dominica, Canadian charities are ensuring each student has access to a computer.

Maurice Hollingsworth has seen the smiles of children who see the whole world opening up for them because they have new access to information technology.

In November 2019, Hollingsworth, president of the Information Technology for Dominica Foundation (IT for Dominica), and his small volunteer team traveled from Canada to Dominica to install Chromebooks.

“We worked intensively for two weeks to do what I didn’t think was possible — installing these technologies into 23 schools plus the head office for the Dominican Association of Teachers,” said the retired University of Lethbridge education professor from Alberta, Canada.

At one school, he found, there wasn’t even an atlas. Minutes after opening up the new computers, the children were eager to see how far Dominica is from Lethbridge, the home base of Hollingsworth and IT for Dominica. At the end of each day, the Chromebooks are securely stored in stormproof cases at the school, because this island is in hurricane territory.

In September 2017, Hurricane Maria struck, wiping out 90 percent of Dominica’s school infrastructure. IT for Dominica asked alumni how to help the country’s 59 primary schools. The foundation formed a board, and one of its members was in contact with Eric Rajah, co-founder of A Better World Canada (ABW).

Hollingsworth started chatting with Rajah and found he had “tremendous depth in terms of operating a charity.” Rajah shared how to “scale things up,” so more partners would get involved and support this vital work in Dominica, Hollingsworth added.

When Rajah heard the goal was to rebuild IT infrastructure in schools, he said he was pleased to help.

“We like to have young people in Canada involved,” said Rajah, referring to teacher and school group participation. People can donate to IT for Dominica through ABW’s website.

“As a small organization, we didn’t have to reinvent the wheel to get those things moving,” Hollingsworth said. Since its creation in 2000, IT for Dominica has achieved a lot for students and teachers. It holds summer classes in professional development annually.

A total of 1,760 Chromebooks were donated.

Phase 2 will install another 2,000 Chromebooks and other digital technology in the remaining primary schools.

“Our objective was to install one Chromebook for every three students in Dominica,” Hollingsworth said. “I just see a tremendous effort by Dominica on the whole, whether it’s the Ministry of Education or teachers or parents. They care about the development of their kids and education.” The charity is bolstered by ABW's support. “I have great respect for what they're doing, and I have a great appreciation for what they're willing to share with us,” he added.

About A Better World Canada

In 1990, two friends in Alberta, Canada, decided they wanted to make this world a better place. With only US$5,000, Seventh-day Adventist businessman Eric Rajah and Brian Leavitt created A Better World. The goal is to work with communities to provide sustainable solutions that will alleviate poverty.  From a rehab center in Rwanda to a primary school in Kenya and surgeries and medication support in Bolivia, A Better World has worked in more than fifteen countries with the support of more than 3,000 individual and 400 corporate donors. Hundreds of volunteers have traveled to project sites, and more than a million people have received help toward a better life.

The original version of this story was posted in the July 2020 issue of the Canadian Adventist Messenger. 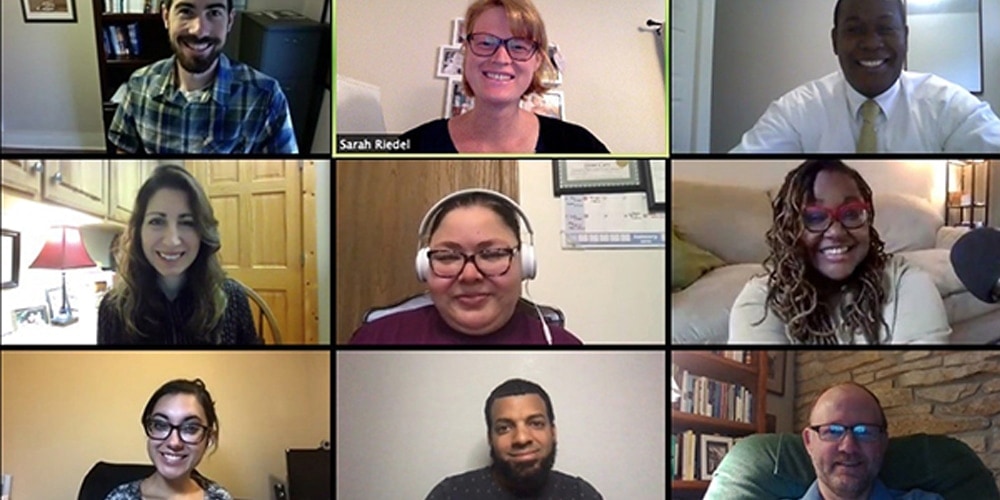 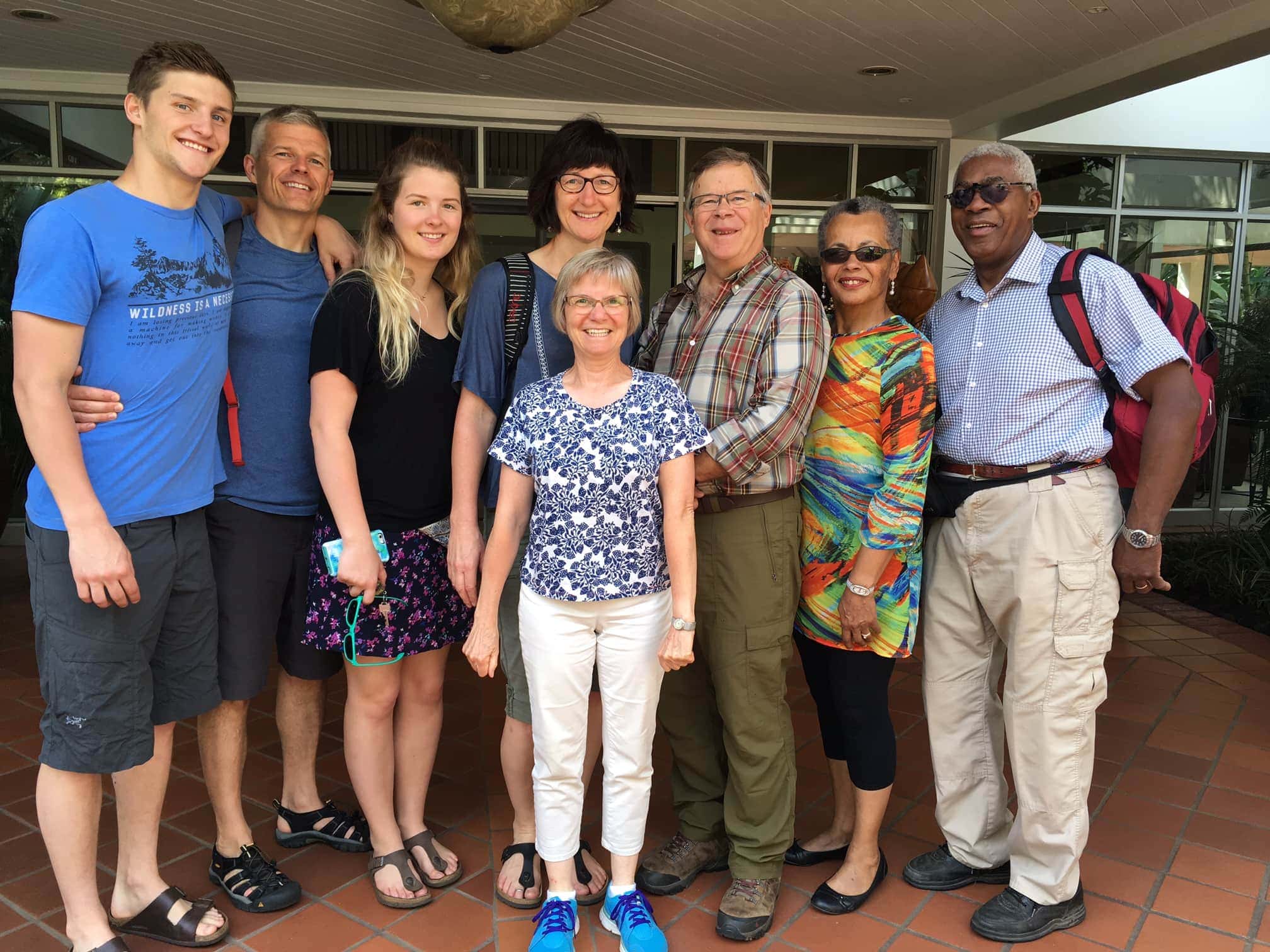