Health Expert Emphasizes Importance of Low Sodium in All Foods One in three adults has high blood pressure (HBP) or hypertension, and half of those have their blood pressure under control, stated David R. Williams, chair of the Department of Social and Behavioral Science at the Harvard T. H. Chan School of Public Health in Boston, Massachusetts, United States. Williams spoke to dozens of church administrators and health ministries directors gathered for the Inter-American Division’s Health Summit held in Punta Cana, Dominican Republic, January 22-25, 2020.

“Another one in three adults have prehypertension, which means you haven’t crossed the threshold, but it’s elevated, and it’s just a matter of time,” Williams said as he quoted from data gathered in the United States recently. Essentially high blood pressure is a prevalent illness in most modern societies, one that can be cured in six weeks, he said. According to Williams, HBP is important because it raises the risk of strokes, heart attacks, kidney disease, and more.

One diet that, according to Williams, has been proven to stop hypertension is the DASH diet developed by professor of nutrition Franck Sacks. “The diet lowers blood pressure as much as drug treatment because the science is so clear,” Williams said.

“The idea behind the study is to look at vegetarians and other people around the world with low blood pressure and create a similar diet that would be acceptable to Americans,” Williams said. “The foods found in populations with low blood pressure were primarily fruits, vegetables, fish, nuts, and whole grains. And they ate very little meat, sugar-containing beverages, and desserts.”

Recommended by the American Heart Association and the American College of Cardiology, the DASH diet is plant-based.

What Is the DASH Diet?

“It is a diet with an enormous emphasis on food in its natural state,” Williams said. Results showed a decrease of 15 points of blood pressure in six weeks. It also showed a reduction in cholesterol. “The Dash diet outperformed those traditional blood pressure medications,” he said.

The sodium intake is important because many persons with HBP are sodium sensitive, Williams said. Although salt diets do not affect everyone the same way, high-sodium diets make a huge impact. What’s more, most sodium comes not from the salt we add in cooking or salt from the table, he said.

The six foods that are the top contributors to sodium in American diets are known as the salty six: bread and rolls, cold cuts and cured meats, pizza, poultry, soup in cans, and sandwiches.

“Believe it or not, 77 percent of sodium comes from processed and restaurant foods,” Williams said. “If we are going to attack the problem of sodium, we need to look at what happens while we eat at home but think more broadly about the sources of sodium.”

It’s essential to understand how much sodium there is in relation to how much potassium there is. “It is the sodium/potassium ratio that really matters profoundly for blood pressure,” Williams said.

“Imagine that at a level of every cell in your body, there’s a civil war, a battle between sodium and potassium.  When there's more sodium than potassium, the cell retains water, and your pressure creates greater resistance that leads to blood pressure,” he explained.

“Here is where the importance of fruits and vegetables is vital,” he said. “Here’s the brilliance of our Creator in terms of the diet He created for us.”

Virtually every food that has been studied as it comes from nature has more potassium than sodium, he said. “The Creator created an abundance of fruits and grains that are all suited to keep your blood pressure nice and low. But the typical modern diet is the exact opposite.”

“It’s really not that complicated. Eat foods as they naturally come from nature,” he advised. “God has created them in ways that are designed to keep our blood pressure nice and low.”

How can you have a healthy potassium-to-sodium ratio in your diet? Williams shared a list of recommendations, including eating more fresh fruits and vegetables (in the case of frozen vegetables, without added water or sauce), limiting your use of canned foods and, if necessary, using canned vegetables that are low in sodium or rinsing their contents to reduce some of the sodium.

Williams also recommended reading food labels to know the ingredients, remembering that all manufacturers are required to list foods in the order of proportion. This helps with identifying food products that are lower in sodium. He specifically suggested looking for foods with a 5-percent daily value or less for sodium, checking packages on fresh meats and poultry to see if saltwater or saline has been added, and looking at labels on cheese and dairy products, as some are high in sodium. “A food product with daily value of 20 percent is high,” he said.

Finally, Williams said, if you want to add flavor to food without adding sodium, you can use herbs, spices, or salt-free seasoning blends; chopped vegetables like onions, peppers, and garlic; and lemon and lime juice.

The National Cancer Institute also showed the relation between diet and cancer and what can be done to reduce the risk of cancer. “People with diets rich in fruits and vegetables have a lower risk of getting cancers,” Williams added.

One in three cancer deaths was related to dietary factors: a diet low in fat and with five or more servings of fruits and vegetables a day is key to lowering risk. “Diets rich in cruciferous vegetables like broccoli, cauliflower, and lycopene-rich foods like tomato sauce, tomato paste may reduce the risk of prostate cancer.”

Williams further explained that government scientists are saying that to reduce the risk of cancer, you must have nine servings of fruits and vegetables daily. The bottom line is that lowering blood pressure has to do with proper nutrition, high potassium, low salt, regular exercise, losing weight, avoiding smoking, avoiding alcohol, limiting fat intake, managing stress, and putting things into perspective, Williams said.

“Medications do not cure high blood pressure, but make sure you talk to your doctor,” he said.

House Call
Cholesterol . . . Again?
The relevance of adopting healthful-living practices to reduce cholesterol to appropriate levels is far from over.
Commentary
How to Stick with Healthy Lifestyle Changes
Often, a wholistic approach is the best way to go, AdventHealth experts say.

News
Union College Nursing Class Serves Patients in Need in Peru
Student shares her experiences in the field after applying what she had learned. 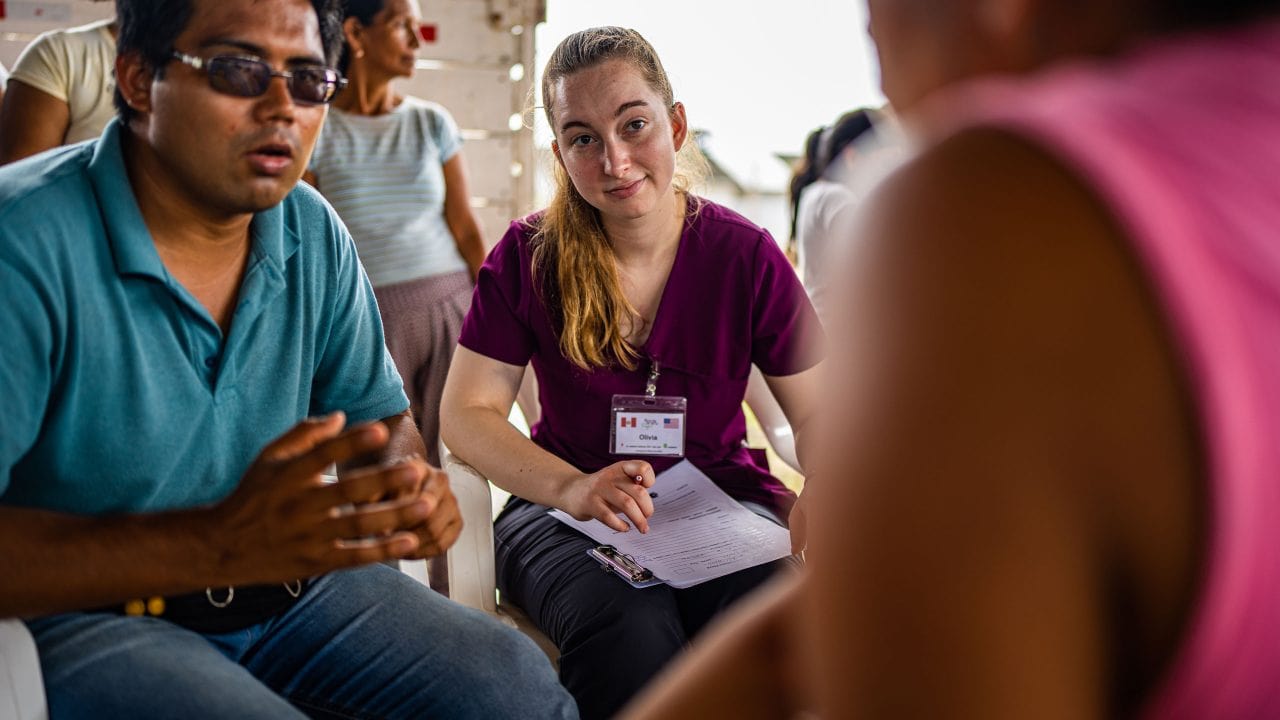