He Promised Fortune-Tellers but Sent in Dentists 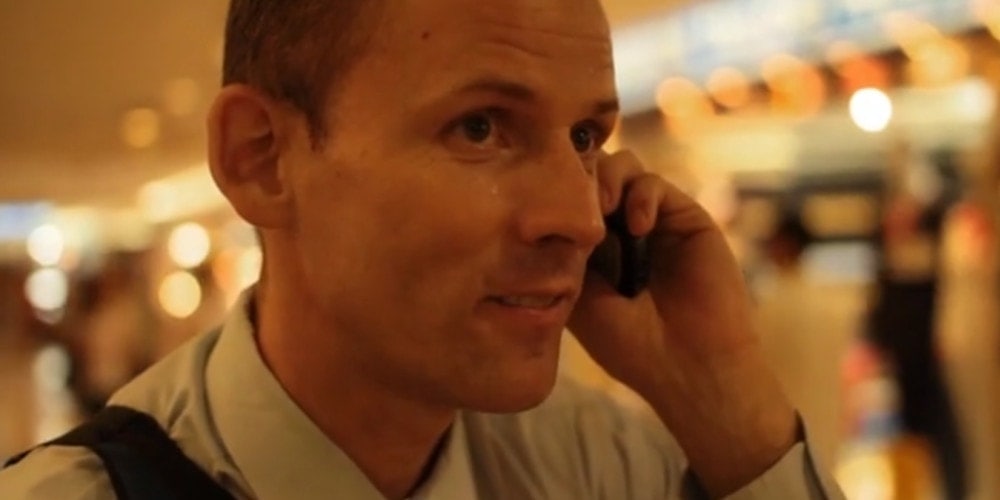 We will bring fortune-tellers in to help you!” the American pastor declared in the Thai language.

The Thai pastor leaned over and gently corrected him.

“The word is ‘maw fun,’ not ‘maw fun,’” he said, using a different tone to correctly say the Thai word for “dentist.”

The American pastor, E. Douglas Venn, laughed aloud. He had meant to tell the Bangkok slum dwellers that the Seventh-day Adventist Church was ready to bring in dentists to treat their needs but had inadvertently offered them a very different set of services.

Venn, known to friends as “Pastor Doug,” quickly corrected himself. He and the group, still chuckling, began what proved to be a meaningful friendship.

Venn, who will oversee the Adventist world church’s efforts to share Jesus in the world’s big cities as the new director of Global Mission’s Urban Centers, looks back on that day in Bangkok as a reminder that God needs everyone to reach people for Christ and can even use mistakes to forge bonds.

“Too often we only think of preaching and, as a result, preachers are doing what they can but our cities are unreached,” Venn said. “When we are creative, follow Christ’s method, and mobilize every member to serve, then the doors of the cities can open.”

How You Can Participate

On the face of it, Venn has a daunting task ahead. A total of 3.6 billion people, or more than half of the world’s population, live in cities. Furthermore, 43 cities with a population of more than 1 million have no Adventist presence.

The Adventist Church, which has only 18.7 million members worldwide, hopes to reach those urban dwellers through Mission to the Cities, an initiative that it introduced in the last quinquennium and that is now at the center of Venn’s responsibilities.

Venn, who is currently in the process of moving to the headquarters of the Adventist world church in Silver Spring, Maryland, does not come without experience. Most recently he served as the director of Adventist Mission for the church’s Southern Asia-Pacific Division. Before that, Venn worked with hundreds of local church members to oversee the opening of more than 20 new churches in Bangkok from 2006 to 2012. It was during that stint as coordinator for the Hope for Bangkok Church Planting program that Venn mistakenly referred to dentists as fortune-tellers.

Rick McEdward, director of the Adventist world church’s Global Mission Centers, which oversees Venn’s department and several others, expressed enthusiasm that Venn was appointed to the position at the church’s Annual Council business meeting last October.

“I’m looking forward to having his experience in church planting, and we have been blessed to have him as a collaborator,” McEdward said. “We believe that the call to the cities is an urgent one.”

Peter Landless, director of the Adventist world church’s health ministries department, whose health outreach work is a key component of Mission to the Cities, described Venn as “a committed and humble servant leader.”

“I would urge him to stay close to Jesus and in so doing, allow the things that break the heart of Christ to break his own heart,” Landless said. “This will be an ongoing motivation and bring urgency to his ministry.”

Venn acknowledged the enormity of the challenge before him but said this underscored the importance of every church member getting involved in sharing Jesus.

“What is needed is to allow the Holy Spirit of God to focus this energy and effort into reaching the cities of our planet,” he said.

Venn emphasized that all church members are needed — from retirees and teens to physicians, graphic designers, business people, and cartoonists — if the gospel is to be spread in cities.

Asked what first steps he would take, Venn said he would follow the example of Jesus outlined in Matthew 9:35-38. The passage reads: “Then Jesus went about all the cities and villages, teaching in their synagogues, preaching the gospel of the kingdom, and healing every sickness and every disease among the people. But when He saw the multitudes, He was moved with compassion for them, because they were weary and scattered, like sheep having no shepherd. Then He said to His disciples, ‘The harvest truly is plentiful, but the laborers are few. Therefore pray the Lord of the harvest to send out laborers into His harvest.’”

Prior to serving abroad, Venn was part of a church-planting team in Pullman, Washington. There he learned the effectiveness of partnering with physicians to reach people through medical clinics. He also discovered the value of small group ministry, vegetarian restaurant ministry, public campus ministry, and, he said, how much fun empowering young adults can be.

Venn, who holds a master of divinity degree from Andrews University, is married to Dawn, and they have two children, Joshua and Hannah.

Venn said he looked forward to providing resources for church planting and urban ministry, as well as partnering with all departments of the world church to bring awareness to best practices for urban ministry.

Venn said he would especially encourage creativity among urban church planters serving on the front lines, including young people, schools, health care centers, and churches. Venn’s own creative thinking can be seen clearly in a 13-part television series called “I Want This City!” that he hosted. The series, taped in Bangkok, features Venn and his Hope for Bangkok Church Planting team as they share Christ and serve the Thai people in open-air markets, slum communities, and marble-tiled shopping centers.

Watch the television series “I Want This City”

Venn also said he would put a priority on Comprehensive Health Ministry, a church program that aims to bring complete healing to communities by meeting their physical and spiritual needs.

This combination is vital to winning hearts in the cities, Landless said.

“All our efforts need to attempt to share wholistic well-being so that many may embrace and experience the hope and sure promise of our soon-coming Lord and Savior, Jesus Christ,” he said.