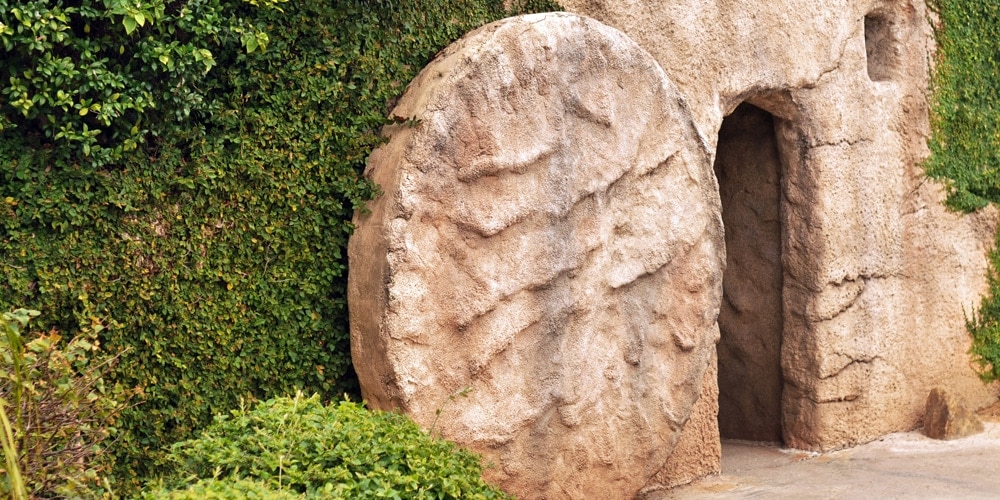 “He is risen!” shouted my neighbor as he and his family drove off to church on Easter morning. The entire carload of wild-eyed Christians were waving their hands (and their Bibles) in midair as they pulled out of their driveway.

I was doing some yard work in my front yard, and honestly—I hope you won’t think less of me—I didn’t see what all the fuss was about.

As he and his family drove off, I thought, Why does he have to be so loud and vocal about this? It’s early, and they probably woke up the entire neighborhood.

Then God smacked me upside the head with this simple thought: It’s your job to wake other people up, especially during this time of year!

I was totally humbled and shocked by my insensitivity to the fact that sin—my sin—caused Jesus’ death. But more than that, His death would have been in vain had it not been for His resurrection (see 1 Cor. 15:12-28).

With one act, Jesus totally disarmed sin, death, and the devil.

With that one act, Jesus totally disarmed sin, death, and the devil. The early Christian church was bold in preaching and sharing this truth. They didn’t care that both Roman forces and Jewish leaders, who, incidentally, were mortal enemies of Jesus, were present. They didn’t care that just 40 days earlier Jesus’ enemies had worked together to plot, wrongly accuse, and kill Him. Christians focused specifically on the fact that Jesus had been resurrected, that they and others had seen it, and then boldly challenged their hearers to make a decision.

The apostle Paul, writing to Christians in the ancient city of Corinth, reminds them of these powerful truths: “I passed on to you what was most important and what had also been passed on to me. Christ died for our sins, just as the Scriptures said.He was buried, and he was raised from the dead on the third day, just as the Scriptures said. He was seen by Peter and then by the Twelve. After that, he was seen by more than 500 of his followers at one time, most of whom are still alive, though some have died. Then he was seen by James and later by all the apostles. Last of all, as though I had been born at the wrong time, I also saw him. (1 Cor. 15:3-8, NLT[*]).

This newly formed group of believers could have been imprisoned, tortured, or killed! What boldness! What excuse do we have?

Take time to think deeply about that incredible reality. May it translate into a deeper devotion for living for Him, and for telling others about what Jesus has done for us.

Omar Miranda is a counselor and writer, who lives with his family in unplain Plainville, Georgia.