He Helped Build a Hall, Was Later Baptized There 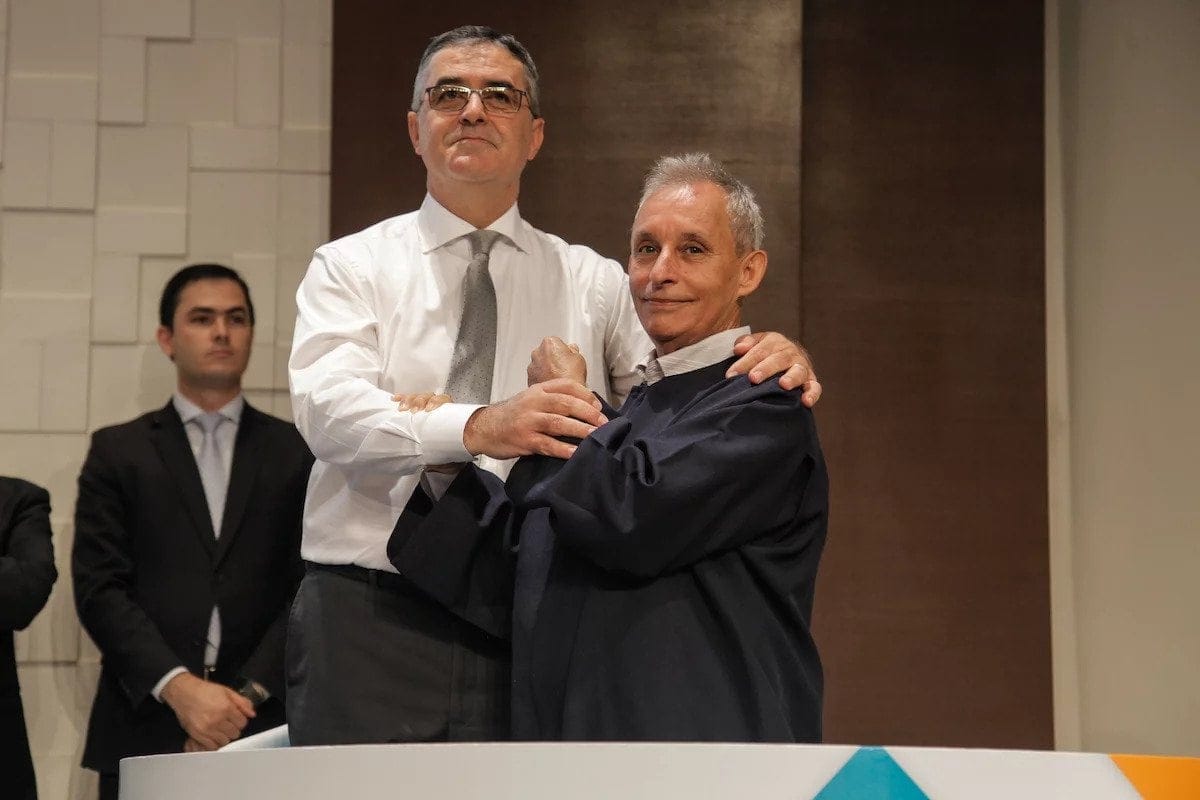 Since 2006, electrical engineer Ivon Antônio de Souza, 62, has had what could be described as a professional relationship with the Seventh-day Adventist Church. Through his company, Souza has provided contractor services to the South American Division (SAD) regional headquarters in Brasilia, Brazil.

When discussing electrical parts or a building structure, Souza is an expert — he always felt comfortable talking to Adventist leaders about walls, wiring, and similar matters.

Regarding his spiritual life, however, he said he felt no confidence at all. Souza called himself a Christian, but he knew he was not well acquainted with the Bible.

About eight years ago, Souza was hired to construct a new auditorium at the SAD headquarters. The large hall was built to host regional meetings of leaders and ministries. On December 8, 2018, Souza was baptized in the hall he had helped to build.

Souza’s journey during these eight years had several steps, he said, and what he believes was God's supernatural intervention. Two significant elements drove his decision to become a Seventh-day Adventist — he felt intrigued about the Bible, and he appreciated the influence of good Adventist friends.

Intrigued About the Bible

Souza admits that for years, he had felt puzzled about the Bible and wanted to know more. Through the years, and as he kept working on Adventist Church projects, he found several opportunities to learn more about the Bible.

One moment he remembers took place in 2012, when, during the SAD program "Homes of Hope," one of the pastors working at the church headquarters invited him home for lunch. In that non-threatening environment, Souza said, he felt comfortable to ask questions about the Word of God.

Another milestone took place in April 2016, when the SAD headquarters organized “More Than Business,” a special meeting for contractors. “After the program, I left a note saying that I wished to learn more about the Bible,” he said.

Something even more meaningful for Souza happened near the SAD headquarters, he reports, at the Brasilia Central Seventh-day Adventist Church. As he was working on a major renovation of the building, something caught his attention.

“One day, while I was doing the church renovation, I saw a box full of copies of the Bible,” he recalled. “They were a little old, but it struck me that they were scribbled on, marked, as if someone had made a lot of notes there.” That scene of the Bibles in the box awakened in him a stronger desire to understand what the Bible teaches.

More than a contractor, Souza considered himself almost a part of the Adventist family at the SAD headquarters. Discreetly at first, he began to attend daily morning worship services in the auditorium. There he forged a friendship with headquarters employee Levi Viegas. Together, they watched Bible study DVDs and discussed their contents.

Viegas became Souza’s spiritual mentor. Together they attended church services and special programs. Finally, on December 7, 2018, just one day before a baptismal ceremony planned at the church headquarters, Souza made his decision. He was baptized the following day by SAD president Erton Köhler as his relatives witnessed his commitment.

Köhler later closed the ceremony with a special message for Souza. “Remember that when you get to heaven, Jesus will exchange your hard hat for a crown,” he said.