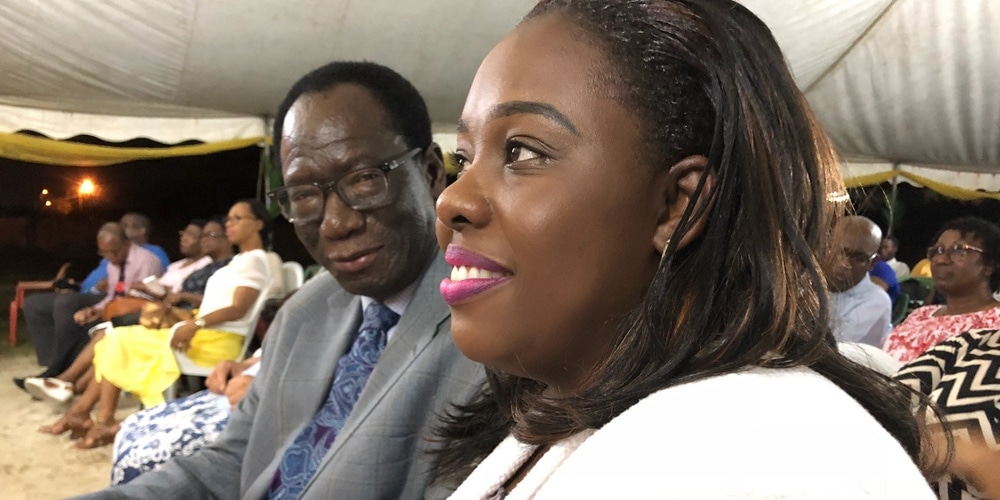 The Linden International Reunion Association (LIRA) is a group of immigrant Seventh-day Adventists based in North America. Originally from the bauxite mining town of Linden, Guyana, the group recently made a pilgrimage home to celebrate its 25th anniversary. LIRA has, for the past 25 years, developed a model for giving back to a community that has shaped the members’ identity as Seventh-day Adventists and as contributors to the global community.

“The theme for the two-week event, ‘A Passion for Service,’ epitomizes the mission and character of the group,” organizers said.

Adventists from a Mining Town

Linden is a mining town that evolved around the Demerara Bauxite Company established by the Canadian company Alcan. At the peak of production (1940s to 1970s), job seekers came from other areas of the country and across the Caribbean, attracted by lucrative employment opportunities.

Despite the prevalence of many typical mining town vices, Seventh-day Adventism found a firm footing. The initial church was established in the Christianburg area. The Advent truth gained momentum, and by the 1970s there was a strong Adventist youth influence in the town.

From the mid to late 1970s, however, socio-political changes caused many Adventist young people to emigrate to the United States, Canada, and England. In their new lands, Linden church members would reflect with nostalgia on the days of the past.

In 1992, Guyanese church members organized the first Linden Reunion in Maryland, United States. Biennial reunions began across North America and continue to the present, while the 2010, 2014, and 2018 events were held in Linden.

By 2006, driven by a desire to go beyond reminiscing, LIRA members directed their efforts toward making meaningful contributions to improving the Adventist churches around Linden and the Linden community itself, by choosing to “ignite a passion for service” in their ranks. Free medical assistance, free professional development for teachers, and a church refurbishing project are three distinct areas of service the group has offered.

In 2009, LIRA embarked on a project to refurbish the local Emmanuel Seventh-day Adventist Church. A church beautification initiative brought replacements for the pews made of greenheart — one of Guyana’s hardest woods — with softer, padded pews. The Emmanuel Church has been transformed from the inside out. To date, four area churches have benefited directly from LIRA’s Church Pew Project, at a cost of GYD$8 million (about US$38,000).

On the weekend of July 6-8, 2018, LIRA celebrated its 25th anniversary in Linden. In partnership with the local church community, anniversary activities included engaging in several community outreach initiatives such as a job skills and a resume-building workshop for the youth, a city cleanup, and an Inter-school Musical Showcase competition.

During the weekend celebrations, Linden mayor Waneka Arrendell addressed LIRA members, contrasting them with some of the groups she has encountered through the years. “LIRA is committed to fulfilling God’s mandate to win souls,” she said. “They’ve been cleaning our streets — that’s winning souls; they’ve been educating our children — that’s winning souls. They represent the only way for this world to be transformed into anything worthwhile.”

Arrendel also praised LIRA members for making such an important difference in their hometown. “I know of no other government organization or NGO that does as much for Linden; not just for the Adventist Church but the wider community,” she said.

On Sunday morning, July 8, sixty of LIRA’s members made their way up the Demerara River to fellowship with the church at Bootooba. All the members of Bootooba are of Amerindian descent. The Guyana Conference church region recently ended a year-long celebration chronicling the history of 130 years of Adventism in Guyana, including Bootooba’s role as one of the first Adventist churches in the country.

After a six-hour journey upriver in small engine-propelled ferry boats going against the tide, Adventist Review associate editor Lael Caesar addressed the gathering. At the conclusion of his message, the group clasped hands with the brothers and sisters from Bootooba, and others who came by canoe, as they sang the hymn, “Shall We Gather at the River.”

“LIRA was formed as a symbol for honoring the past and [providing] hope for the future,” group leaders said. “Heaven is our hope and destiny, [but] in the meantime, its members will continue to [offer] passionate service to their hometown and to the God they serve, until Jesus comes.”