Goliath, and David: The Eclipse 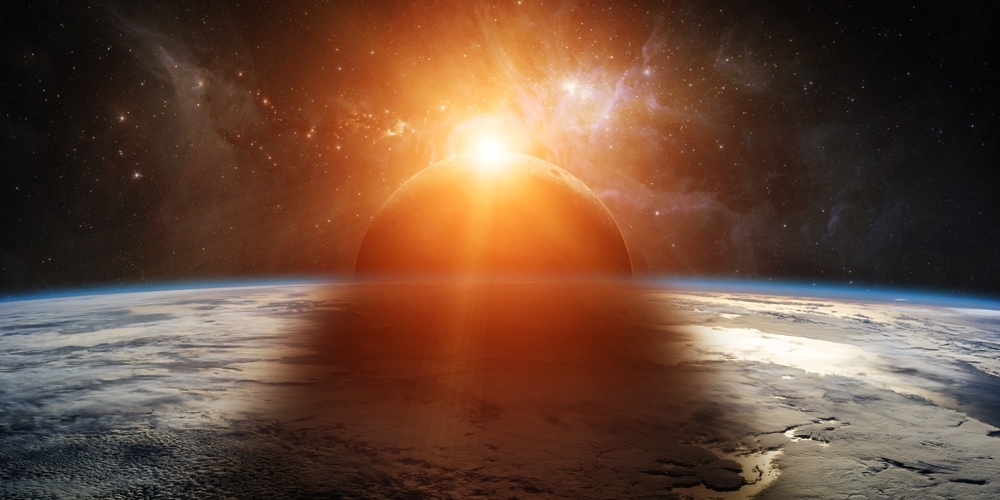 Tuesday, August 22, 2017, I received a post with a query. It was the day after America, coast to coast, had gone wild over “totality”—the solar equivalent of Goliath being vanquished at the hands of “only a boy named David.” Monday, August 21, 2017 was the day of a total solar eclipse when the Brobdingnagian sun, lord of earth’s sky, was completely shut out by its Lilliputian relative, the moon. The text remarked about how wondrously effusive the media, the scientists, the lay public had been, and what a grand excess of emotion and excitement had surrounded the eclipse event. Then the sender asked: “Is the eclipse, or talk/idea of it misleading?”

I hadn’t thought of the eclipse itself as misleading, nor did I ask my friends what they thought it might mislead us from or to. Nevertheless, I did send them a response. One day later, aware that others besides my cousins continue to be interested in a response on the eclipse, already setting themselves up for America’s next experience of totality from Texas to Maine on April 8, 2024, I shared my answer more broadly.

We know in whom and in what we believe.

As for what the eclipse may have said and says to us, it illustrates the basic truth that we see what we see. For many a secular mind, it proves that no need exists for mamby-pamby spiritual mush when we have the stunning, split second accuracy of science: this is what Science Guy Bill Nye might say, he of the persuasion that denial of evolution is unique to the United States, and bad for children.

For the spiritual Zen, new-age, Hindu, eclectic, mystic Gaia worshiper [that’s a lot for one category, but . . .] there is the awe and sense of both wonder and oneness with ‘the cosmos’, or better, ‘the universe’; or better still: we are all a part of god.

For the ancient primitive, ridiculed by modernists, there is terror and, or, there is faith—faith in the dances and drums, shamans and sacrifices that made the evil go away and set life back in order.

For the seeking wonderer, there is openness to explanation—whether the atheist, or the mystic new ager, or the Bible believer gets to her first.

For said Bible believer, the one whose trust is in the God who speaks and it is done, who commands and it stands fast (Ps 33:6, 9), we have, once again, simple illustration and glorious confirmation of the meticulous order of God’s work. The heavens still speak for His glory. Despite evidences—particularly here on earth—of the painful chaos that sin has wrought (Rom. 6:23), the realia and reality of our God’s creation inspire total confidence in His Word. He is no haphazard tinkerer. He is Master of detail: The heavens still speak for His glory (Ps. 19:1-6). He is morally flawless and His truth is incomparably sweet (Ps. 19:7-13).

We know in whom and in what we believe. What He does, He does well, and what He says He will do, He will: He, of the seed of David, will come again, down past sun and moon—if necessary, since He and all His angel hosts are not obliged to squeeze into our solar system for us all to see them, or for Him to wake His sleeping children and take us all to Himself—He will come, I say ever more confidently, inspired by the detailed reliability of His control and order, disclosed in celestial consistency. He will come to take us to the place where He reigns on David’s throne, that we may be where He is, and reign with Him there. Maranatha. Amen.