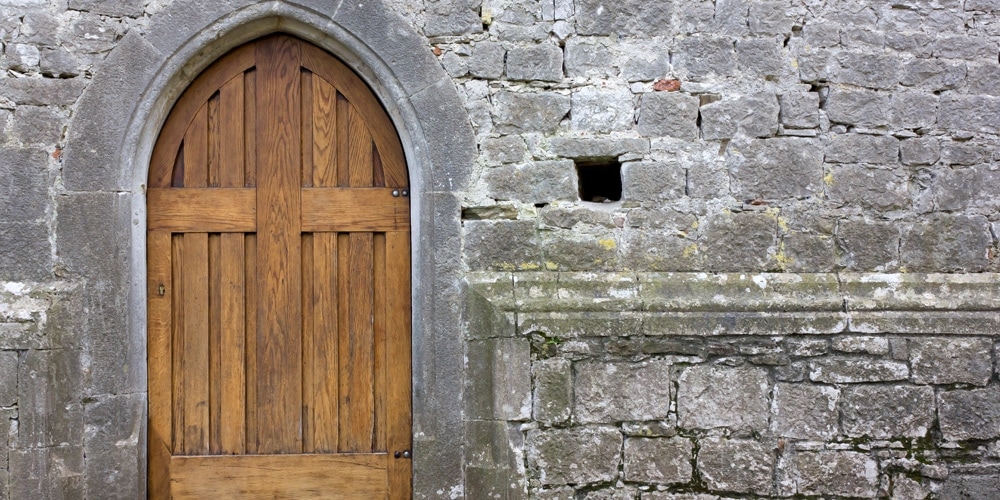 As a visitor in a foreign land, I wasn’t sure what I would find as I sought out a place of worship in the sprawling city. After catching a ride in a car, a ferry, and walking up a hill, I found the church. It was then that I read these words, scrawled on the wall surrounding the house of worship:

The simple phrase made my heart sink. I knew it was the expression of many in this city: people oppressed by a power-hungry government, perplexed by an endless stream of refugees, and disheartened by the daily challenge of survival. Amid these challenges, a little group of Adventist believers has taken root.

In the cool of the morning, I discovered that the message coming from inside the church defied the message on the wall outside. Warm hospitality, the familial love expressed between members that transcended ethnic identity, and a shared meal after worship illustrated the bonds of Christian love.

How much more will His love be lavished on this world through those who draw close to Him and each other through prayer?

This congregation, fragrantly sweet with the grace of Christ, did not flinch when people stepped out of the busy avenues and into the Sabbath service to learn more about the little Adventist community. Instead, they gave up their seats, took time to engage in conversation, and invited people for lunch—people who rarely, if ever, cross the threshold of a Christian church.

While I listened to the sermon that day in my native tongue, it was being dynamically translated into the local language. Only later did I discover that the translator was miraculously converted through a dream, led back to his home country, and placed by God as a worker in this little church. Yes, he translates, but he also helps distribute Bibles and other inspired literature, and connects with visitors who venture within the walls of this church. As a result, hundreds of books are given out each week.

In a country with strained political and social tensions and general hostility to Christian witness, the work of this church is vulnerable at best. The only thing that sustains this fragile spiritual community is the blessing and protection of God. But this group is not passively waiting for these things. They are actively pursuing them.

Last year, church leaders in this region launched an aggressive prayer campaign, believing that the impossible challenges of mission can only be solved as God’s people intercede on behalf of a lost world and ask for the fullness of His Spirit. How do I know that this congregation was engaging in this kind of prayer? Months after the initiative concluded, the church’s projector still displayed the familiar “10 Days of Prayer” logo on the screen.

Now, I know that God doesn’t bestow spiritual gifts simply because the church comes up with some new program. Nor does our dry performance of a religious ritual stir Him to action. But we do know that His disciples, long ago, banded together in humble, fervent prayer. God responded, and in Pentecostal power, He shook the world with the message of the Everlasting Gospel.

As our planet faces increasingly greater crises, Jesus desires to do this again. More than any one of us, He wants to bring this scene of human suffering to a close. But there is a part that we must play. Not an act of performance, but an act of consent.

“A revival of true godliness among us is the greatest and most urgent of all our needs. To seek this should be our first work. There must be earnest effort to obtain the blessing of the Lord, not because God is not willing to bestow His blessing upon us, but because we are unprepared to receive it. Our heavenly Father is more willing to give His Holy Spirit to them that ask Him, than are earthly parents to give good gifts to their children. But it is our work, by confession, humiliation, repentance, and earnest prayer, to fulfill the conditions upon which God has promised to grant us His blessing. A revival need be expected only in answer to prayer.”[1]

These words are being fulfilled in one of the most challenging places in the world—a place where followers of Jesus risk being jailed for their faith. That humble congregation on the busy city street is demonstrating the love of Christ in their corner of the world.

What about your congregation? Is the message of God’s love and power touching lives in your community? Or what about our global family of faith? Are we allowing cultural or political tensions to divide us when we should be drawing close to each other? Are we pressing together in prayer?

The message is resounding: God loves us all. How much more will His love be lavished on this world through those who draw close to Him and each other through prayer?

To learn more about the Ten Days of Prayer initiative, click here.