From Rasta to Role Model 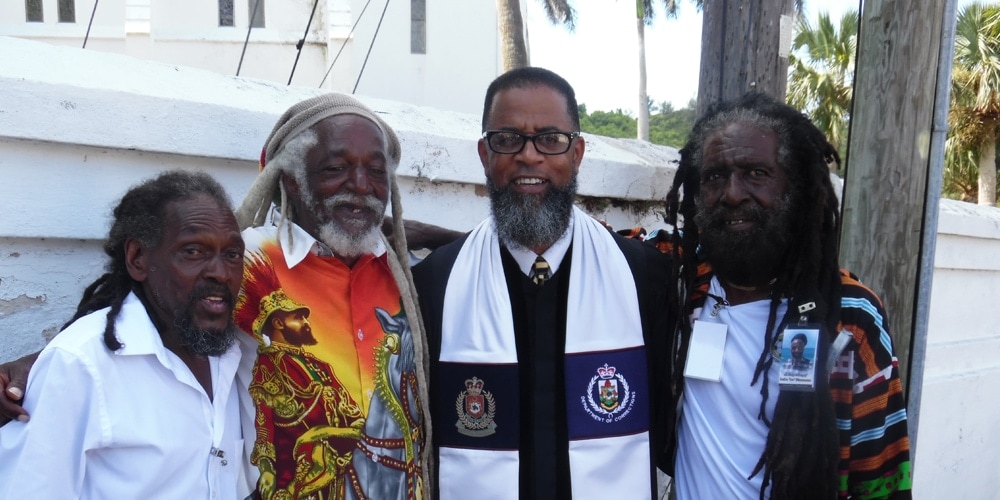 Kevin Santucci is a man of many hats.

An official prison chaplain. A successful community gardener. A civic leader. A radio speaker, evangelist, and lecturer. Every one of these titles somehow seems to define what he is, though not fully. Santucci is the driving force behind “Marketplace Ministry,” a multi-faceted loosely-connected set of programs designed to make a positive impact in the communities of the North Atlantic Ocean nation of Bermuda.

“If [pastors and Bible instructors] are the only ones doing what the church is paying them to do, then it is not ministry,” said Santucci in an interview with Adventist Review. “But what type of ministry did Jesus do that caused people to run to him?” he asked before answering himself, “A marketplace ministry!”

As Santucci explained, marketplace ministry is a term used in Christian circles to refer to evangelism and other Christian activities that are geared for the secular workplace, as opposed to homes, churches, or specialized venues. “It is helping the community through practical ways that may cause people to cry out, ‘What must I do to be saved?’” he said.

It’s been an exciting journey for the 55-year-old Seventh-day Adventist living in Hamilton, the capital city of Bermuda. Over 35 years ago, Santucci took the Rastafarian vow of the Nazarene, promising not to cut his hair for a long time. Not long after that, however, Jesus called him to make a different kind of commitment. One night back in 1983, Santucci had a dream, in which he heard Jesus telling him, “Cut off your locks and follow me.” Being faithful to the voice he heard, he began to study his Bible and was baptized into the Seventh-day Adventist Church the following year.

“Who would have thought that a simple Rastafarian…would hear the voice of the Lord, cut off his locks, and become a vessel for Christ to all people?” he said, reminiscing about his journey.

Santucci is the first officially-appointed chaplain in Hamilton, and the first in the history of Bermuda to serve on the International Prison Board. For his continuous involvement in Bermuda’s society, he was awarded the Queen’s Certificate and Badge of Honor in 2013.

Despite his many accomplishments in various fields, however, there is hardly a place where Santucci feels more comfortable than in his vegetable garden. His gardening skills, which were recently featured in Bermuda’s Royal Gazette, became the talk of the neighborhood after he planted an avocado tree in his neighborhood three years ago to benefit the local community.

“I told the neighbors ‘It’s yours,’” said Santucci, who never sells but gives away his produce. “‘Take what you’d like to eat.’”

Santucci is quick to point out the multiple benefits of working the earth.

“When you are out in your garden, you obtain sunlight, exercise, and tranquility,” the newspaper quoted Santucci as saying. “The stresses of life are quickly pulled away from you.” Santucci, who started gardening as a child to help his father, said he does not go to the gym. “All my workouts are in the garden,” he said.

"Our goal in life should be finding a place to serve someone through the power of the Holy Spirit."

Recently, Santucci led out in a gardening workshop in partnership with Bermuda’s Ministry of Health and Seniors. The free five-week gardening course called “Grow, Eat, $ave,” trained over sixty people on basic gardening principles, on the grounds of Hamilton’s Youth Library. At the end of the program—which due to popular demand will be repeated next August—students took part in a graduation ceremony, with the presence of Public Health Nutritionist Mellonie Furbert, and Bermuda’s Minister of Health and Seniors, Jeanne Atherden.

“I want to thank Chaplain Santucci for guiding and encouraging the sixty plus participants, who can start a garden even in a small space and make it thrive,” said Atherden. “[Gardening] is good for every part of us.”

Atherden reminded her audience that with 3 out of every 4 Bermudians either overweight or obese, activity and great nutrition are very important. “I hope that you all put in your seeds…and enjoy your fresh, healthy and inexpensive vegetables and fruit,” she said. “And as Chaplain Santucci says, ‘If you have extra, share!’”

Even if he does not use the term, Santucci’s ministry embodies the core principles behind Total Member Involvement, an initiative by the world church to get every church member involved in mission. “In this world of so much need, there is something for everyone to do,” he said. “Every individual…is an agent endowed with abilities for which he is accountable to God.”

Our goal in life, said Santucci, should be finding “a place to serve someone through the power of the Holy Spirit.”

Christians, believes Santucci, should aim for the restoration of the whole being. “Too many times the church has assigned the physical restoration of people to health professions, the mental part to educators, and the spiritual part to pastors,” he said. “It is a very convenient arrangement, but unbiblical because a person cannot be divided.”

It is the reason why, when thinking of ministering to the community, Santucci finds some Christians’ attitudes puzzling, to say the least. “Instead of running for it, many Christians are running from it,” he said. “As for me, I find joy in ministering to people where they are.”