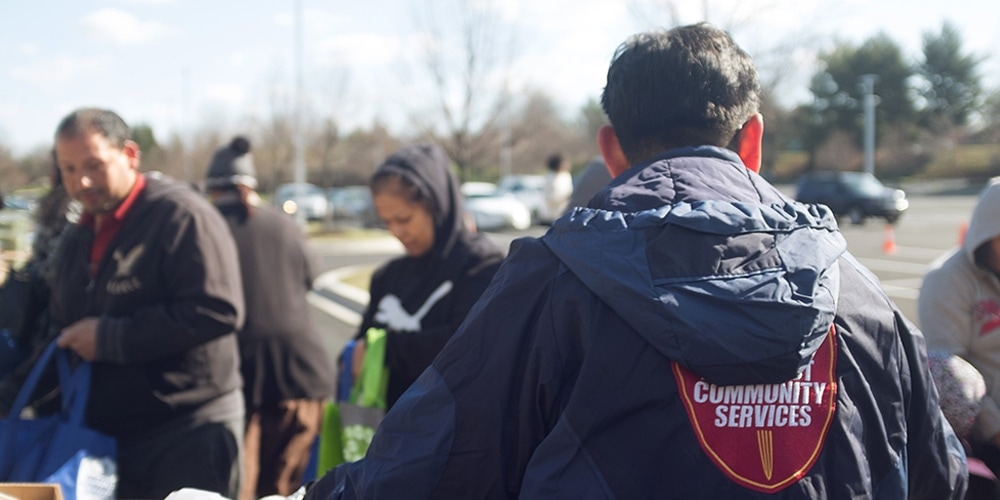 Thousands of pounds of spinach, kale, mango slices, and bananas were distributed at the North American Division (NAD) headquarters to residents in need on Sunday, April 8, 2018.

“We have a high school group that donates pantry canned goods, but we don’t get the fresh vegetables. So, this is an excellent opportunity,” said Edwinda Qualls, a resident of Parkview Senior Complex.

The giveaway was organized by the NAD Public Affairs and Religious Liberty department, which arranged for 25,000 pounds of food to be donated from grocery stores. Representatives of ACS and NAD administration were also among the dozens of volunteers who assisted during the outreach.

“We made a promise that the building would be used for mission to reach the community,” said NAD president Dan Jackson. “But this is a surprise. We had no clue we could get a hold of [this much] food that we could give to the community.”

The team was left with one-third of the food by the time the distribution ended. This was in stark contrast to the previous food giveaway last November when the available 17,000 pounds of food ran out before the event ended due to the large turnout.

However, this year’s predicament created another opportunity. Organizers of the giveaway donated food to a local food bank, and the county’s Grassroots Crisis Intervention Center. Volunteers were also encouraged to take some of the leftover food to share with their neighbors.

“Volunteers responded positively; it really turned into friendship evangelism,” said Melissa Reid, NAD Public Affairs and Religious Liberty associate director. “God showed us that He doesn’t always work in the same way, He just wants us to be consistent when it comes to our willingness to supply the needs of others.”

“We all need the support of others; this provides a good support system and promotes awareness,” said Janet Farquharson, who participated in the giveaway and health screening. “Everyone was nice and pleasant. They gave 100 percent and even more.”