An Adventist university in Mexico’s poorest state is finding that free root canals and eyeglasses are softening the hearts of a neighboring community that was once so hostile toward the school that it seized a chunk of its land.

Some 135 teachers and students from Linda Vista Adventist University treated hundreds of people in Rincón Chamula, a community of 1,500 people located 1.5 miles (3 kilometers) from the campus.

The university and community are located in Chiapas, a southern Mexican state bordering Guatemala that has faced volatility linked to drug trafficking and related violence.

“We wanted to build cordial relationships by finding a practical way to show our Christian beliefs and to draw closer to this unapproachable neighbor,” said Raul Lozano, president of Linda Vista University.

Tensions between the university and Rincón Chamula go back more than 25 years. A group of locals snatched about 123 acres (50 hectares) of university land in 1990, a not uncommon practice in Chiapas, where some people assume landowners are rich with plenty of acreage to spare.The mountainous region has a climate that impoverished farmers have found favorable for growing marijuana and poppies.

“In our case, the government had to intervene in court, and it paid the university for that particular section of the property,” said Benjamin Cruz, vice president of student affairs and a professor at the university for decades.

The local government has a policy of paying for seized land to secure peace in communities like Rincón Chamula.

“Right now things are relatively calm, but the relationship has not been easy,” Cruz said.

University leaders said the only previous contact with Rincón Chamula had been through the court ruling and nothing had been done to relieve tensions.

“We had not taken intentional actions to connect with them and develop good relations in the past, but when we saw their schools, houses, and streets, it became clear that they have many needs,” said Lozano, the president.

Days before the free clinic, university leaders invited community and district council leaders from five of the small communities that comprise Rincón Chamula to discuss the healthcare services.

The top local government health official, Celin Clemente Vargas, was happy to join the effort and collaborated by sending medicine and six physicians to assist the university volunteers.

Students from the university’s school of nutrition held health and nutrition talks, shared healthy food, and also gave away hundreds of articles of clothing. The school’s Master Guide club also helped out.

The response from the community was so positive that the university is considering returning next semester.

“Thank you so much for remembering us,” said Hermelindo Hernandez, district council leader of Rincón Chamula. “There is a great need here, and what you have done has benefited us so much.”

The university has proposed cleaning up streets, painting buildings, and helping with construction projects next semester, but the community leaders have asked for more healthcare services.

The university president said the students’ work with the community has only just begun.

“We have been surveying the community and talking to community leaders,” Lozano said. “We have come to the conclusion that a continuous program is needed in Rincón Chamula, and we will work to address it needs.” 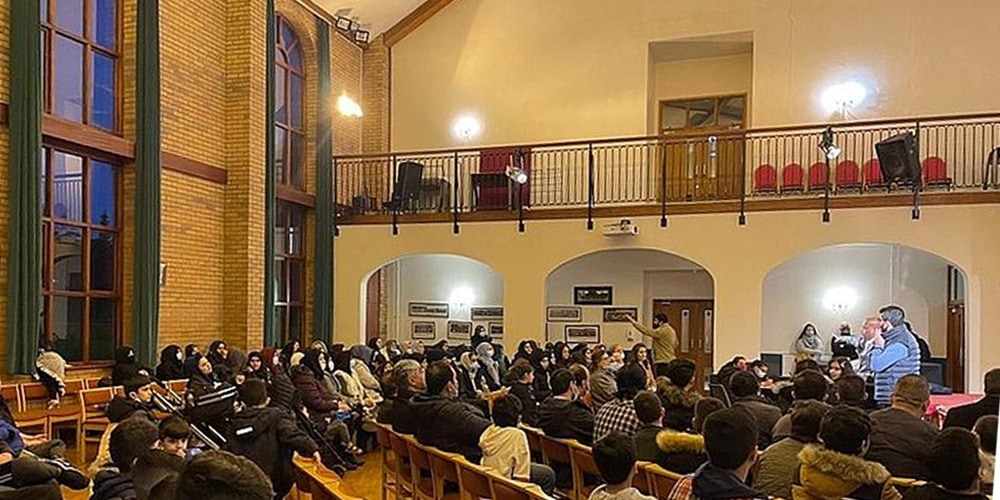