‘For 42 Years I Thought I Was a Good Adventist’ 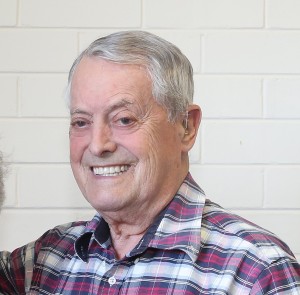 Bev’s story began in a small town in southern Australia.

Her mother ran a launderette, and her father was a violent alcoholic with a hot temper.

Matters eventually got to the stage where police intervention was necessary to protect Bev and her family. Police officers personally flew Bev, her mother, and her little brother to the city of Adelaide to get away from her father. They moved in with Bev’s grandparents, who ran a boarding house.

At the age of 10, Bev made two staunch resolutions. First, she would never drink alcohol. She had already seen for herself the pain, heartbreak and irreparable damage that it could cause.

Her second resolution was to give the world her love because she had never experienced love herself.

Unlike fickle New Year’s Eve resolutions that are broken a few days later, these were goals that she was determined to meet.

But how could she give her love to the world?

Years later, on a rainy day in 1996, Beverley Lowe and her husband, John, were in Perth, Australia. Bev noticed a group of homeless people taking shelter under trees in a nearby park.

“Let’s go home and make some soup for them,” she suggested.

John was speechless. He realized that Bev didn’t mean this to be a one-off activity. It wasn’t that he was opposed to service. Quite the contrary. They had fostered several children over the years and even adopted a 3 1/2-week-old baby. They had been involved in their fair share of community work. Bev had formed a deaf signing choir.

But everything was different now. They were retired farmers. John had worked hard all his life, and he had no desire to start up a new mission now. He silently prayed that his wife would either come up with a different idea or that the city council would refuse them permission to work with the homeless people.

“When I look back to 1996, I had been an Adventist for 42 years. I thought I had been a good Seventh-day Adventist,” John said. “But actually I was like the priest and Levite when they wanted nothing to do with the wounded traveler.”

His attitude quickly changed once he and his wife began feeding the people in the park.

“Instead of this work being the last thing I want to do, it has become the first thing I do!” John said.

He and Bev formed a community organization known as Manna Inc.

Today, Manna has fed the homeless for more than 19 years and is one of the largest providers of meals for disadvantaged people in Perth. The organization distributes more than 90,000 meals a year, including soup, a main course with a vegetarian option, and dessert. More than 200 volunteers give up their time on a regular basis to prepare and distribute these meals.

But that’s not all Manna does.

In 2001, the organization noticed that many children in Perth were attending school each day without breakfast, and this inspired their School Breakfast Program. It aims to provide a healthy and substantial meal for students five days a week for 40 weeks of the school year. In 2011, a breakfast program began for high school students.

But it wasn’t just food that the students needed. In 2008, Manna started providing winter school uniforms for students who couldn't afford them. By winter 2014, it had provided uniforms to children in 42 schools.

Manna has also been involved in other projects such as Christmas lunches for seniors, providing meals for other charities, and running Manna training programs for other parts of Australia and abroad.

“All this and much more is only possible by God’s grace,” John said. “We have had many miracles, learned many things and we are still learning. It has been a wonderful journey.”