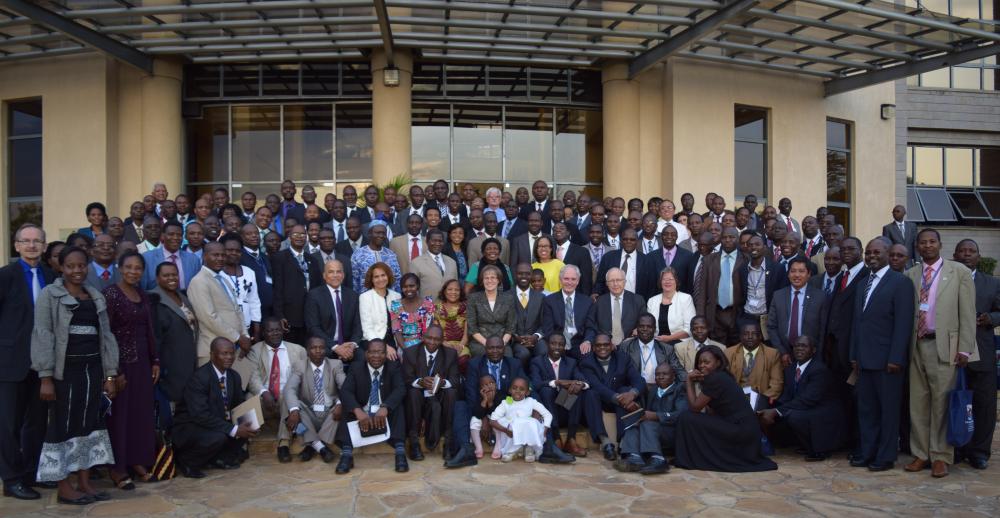 Nearly 200 people from across Africa gathered in Kenya for the continent’s first Gift of Prophecy Symposium on the life and teachings of Seventh-day Adventist Church cofounder Ellen G. White.

A total of 181 Adventist leaders, pastors, and lay people from the church’s three divisions of Africa joined representatives from the Adventist world church headquarters in the United States at the July 27-30 symposium at the Adventist University of Africa in Nairobi.

Merlin Burt, director of the White Estate Branch Office at Andrews University, emphasized in his opening presentation that White was a genuine prophet, and all her writings intentionally direct the reader’s focus on the Bible and the love of God in Jesus Christ.

The Bible, and not her writings, are to be the basis for all doctrinal faith and practice, Burt said. White, he said, endeavored to present the matchless charms of Christ to all people, and she brought out the depth and breadth of the humanity of Christ Jesus and the parental love of the Heavenly Father.

One delegate commented it was like “sitting by the fire, with grandpa telling stories.”

The Friday vespers program was filled with hymns and other songs that White loved, woven in with several narratives by Nix to the audience. The service ended with the hymn “Sweet By and By,” which was the last known hymn that White sang two weeks before her death at age 87 on July 16, 1915.

On Sabbath, Passmore Hachalinga, director of the Ellen G. White Research and Heritage Center at Helderberg College in South Africa, challenged worshippers to go back to the Spirit of Prophecy and the Bible to close the gap created by sin between humans and their Creator.

Topics addressed during the symposium included White’s contribution to the work of the church, developing a love for White's counsels in the 21st century, reaching Millennials, Adventist education in Africa, health reform, contemporary prophetic ministry in Africa, mission leadership, and worship.

Several attendees were impressed with what they described as the rigor and thoroughness of the presenters. One delegate, a district pastor from Zimbabwe, said he was personally challenged to organize a similar symposium in his territory.

A church leader from the Uganda Union Conference said the symposium had helped him see White’s personal spirituality on a deeper level. He spoke of how, prior to the symposium, he would look “through her books for counsel on a few things here and there, but never quite seen her for who she really was — gentle, kind, courteous, human — a person just like us.”

The symposium closed with a consensus statement in which delegates reaffirmed their “unconditional commitment to the Bible as the inspired Word of God, and to the theological and practical guidance and end-time applications given in Ellen White’s writings.”

Gift of Prophecy symposia are being organized around the world to broaden church members’ understanding of the spiritual gift of prophecy and the life of White after an initial symposium was held at Andrews University in October 2015.

The first Gift of Prophecy symposium in the Adventist Church’s Inter-European-Division, whose territory includes the German-speaking countries of Europe, was held at the Bogenhofen Seminary in Austria in mid-July.

Article
Earth’s Beautiful Beginnings
Honoring a God who thought of everything.
Magazine Article
After the Dust Settles
Adventist public engagement after the tumultuous year 2020.