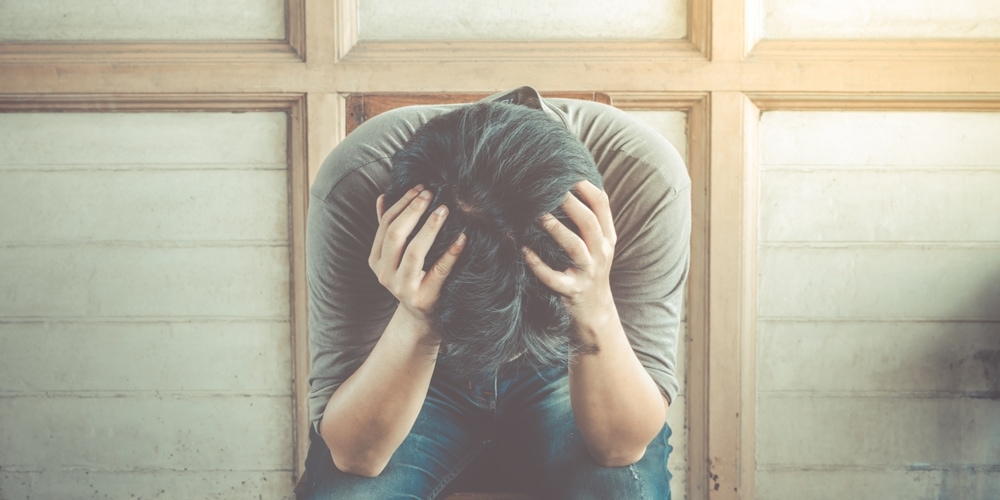 Football all-pro Aaron Hernandez had everything to live for, seemingly. His starring Super Bowl performance earned him a $41 million contract extension. He had it made!

Then weeks later he was charged with (and ultimately convicted of) murder. Life behind bars was not what he signed up for, and he eventually committed suicide in his jail cell.

A brawling hulk with bouts of brutality, Hernandez wasn’t famous for being religious. Yet he inked “John 3:16” on his forehead before hanging himself. Not “$41M” or “Super Bowl Star.” His last and only hope was a Scripture acclaiming God’s gift of salvation in Jesus Christ.

Only God knows whether Hernandez’s final confession was sincere. We can only wonder and hope. Like I sometimes did as a law enforcement chaplain.

“Father, I Have Sinned!”

One night, dispatch summoned me to the station because a young man arrested for murder wanted to see a priest. The detective who walked me down to the holding cell said it was a particularly gruesome killing. As the door closed, leaving me alone with the suspect, a confession of murder gushed out.

“Father, I have sinned! I killed her!”

As I wondered how to respond, Brad pleaded, “What should I do now?”

There’s only one answer to that question: “Believe in the Lord Jesus Christ, and you will be saved” (Acts 16:31). But in this situation, that promise seemed far-fetched. Here was a guy with blood on his hands — visibly! Instant forgiveness didn’t seem appropriate.

Only God knows the heart though. Being a minister of the gospel, I must reach out with God’s grace. I explained to Brad that his confession exposed two problems related to guilt — first with the law of the land and then with the law of God. Being a chaplain, not an attorney, I couldn’t help him deal with charges he might face in court. But we could discuss his guilt before God.

“There’s no magic in confessing to a priest," I explained. “Actually, true confession is directed to God, through Jesus. It means we agree with His judgment that those who break His commandments are worthy of death—and you tell me you just murdered somebody.

“But that’s where God’s grace enters the picture,” I continued, concluding with Rom. 10:9: "If you confess with your mouth that Jesus is Lord and believe in your heart that God raised Him from the dead, you will be saved.” Brad reverently repeated after me the sinner’s prayer.

I couldn’t confide in anyone about Brad’s confession (and I couldn’t write about it now had he not pled guilty in court and received a second-degree sentence). He not only confessed but claimed Jesus Christ as Savior. Assuming he's sincere, he now has clean hands before God. Last I’ve heard, he is following up with a life of faith behind bars.

“I Just Can't Forgive Myself”

Grace is so wonderful it can be hard to take personally. “Maybe God has forgiven me, but I just can’t forgive myself.” We may hear this from someone who has sinned notoriously, like Brad. Other times it’s a friend we admire who doesn’t even seem like a sinner. Either way, grace is difficult to grasp for a tender conscience struggling to forgive itself.

But wait. Let’s remember our High Priest in heaven’s sanctuary, confidently representing us: “Who is to condemn? Christ Jesus is the one who died — more than that, who was raised — who is at the right hand of God, who indeed is interceding for us” (Rom. 8:34).

We are not the judge of all the earth, so we don’t have the right either to forgive ourselves or to condemn ourselves. That’s God’s job. And He accepts, not rejects all those who come to Him through Jesus: “Who dares accuse us whom God has chosen for his own? No one — for God himself has given us right standing with himself” (Rom. 8:33).

So Father and Son work together for us in heaven’s sanctuary. “There is therefore now no condemnation for those who are in Christ Jesus” (Rom. 8:1).

Whether we believe it or not — whether we like it or not — all of us can be saved only through radical grace. That’s true for the thief on the cross, for Brad, for Aaron Hernandez—and even good church folks like you and me.

The gospel is all about grace, A to Z. It’s the only way to get our sorry souls saved.

This commentary was originally published in the North Pacific Union Conference Gleaner.