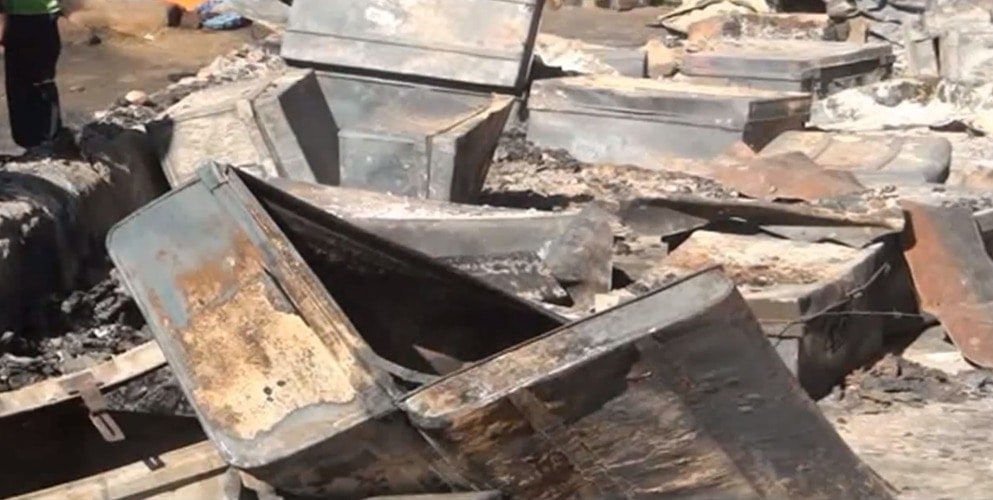 Three young boys died in a nighttime blaze at an Adventist boarding school in Kenya after courageously saving the lives of their sleeping classmates but then returning to retrieve their belongings, the principal said Thursday.

The fire erupted in the early hours of Sabbath, March 7, in a dormitory housing 45 boys at the Labuiywo Seventh-day Adventist Academy.

An electrical failure is thought to have sparked the 2 a.m. fire, which roared through the wooden structure and reduced it to ashes within an hour.

The dead boys, ages 8, 9, and 10, were the first to notice the flames, said Gabriel Korir, principal of the 300-student elementary school.

“They decided to then wake up every one of their dorm members, who were deep asleep,” Korir said. “When they were done waking their colleagues, they decided to go back in for their belongings.”

But the fire had spread, blocking the exit, by the time they reached the metal trunks containing their possessions, he said.

“They were trapped in the building, and the building caved in on them,” he in a statement provided by the Adventist Church’s East-Central Africa Division, which includes Kenya and 10 other countries.

The boys were identified as first grader Brian Kipkoech, 8; his cousin Emmanuel Kipkemoi, 9, in the third grade; and Elvis Kipkosgey, 10, in the fourth grade.

All three boys belonged to Adventist families, said Knollyne Oindih Gai, editorial assistant at the East-Central Africa Division, who has spoken with the school’s principal.

Television video footage from the scene of the fire showed that little but a blackened foundation remained of the dormitory. Charred metal trunks belonging to residents lie scattered across the site.

The school, built on an outcrop of rocks in the Great Rift Valley in western Kenya, has closed temporarily, and students are reeling in shock over the loss of their three classmates.

“They were moving from bed to bed, waking other children,” a dorm resident, a fifth grader, said in tears to Kenya’s
Standard newspaper. “Some were still fast asleep, especially the younger ones.”

The school, which is operated by a group of Adventist churches in the area, is raising funds to replace the wooden dormitory with a more permanent structure, and a local lawmaker, Julius Melly, announced this week that he would donate 500,000 shillings toward the project.

“I condole with the families of the three boys,” he told the
Standard. “This is a tragedy that claimed the lives of very promising young boys.”

Watch a news report on Kenya CitizenTV about the fire.