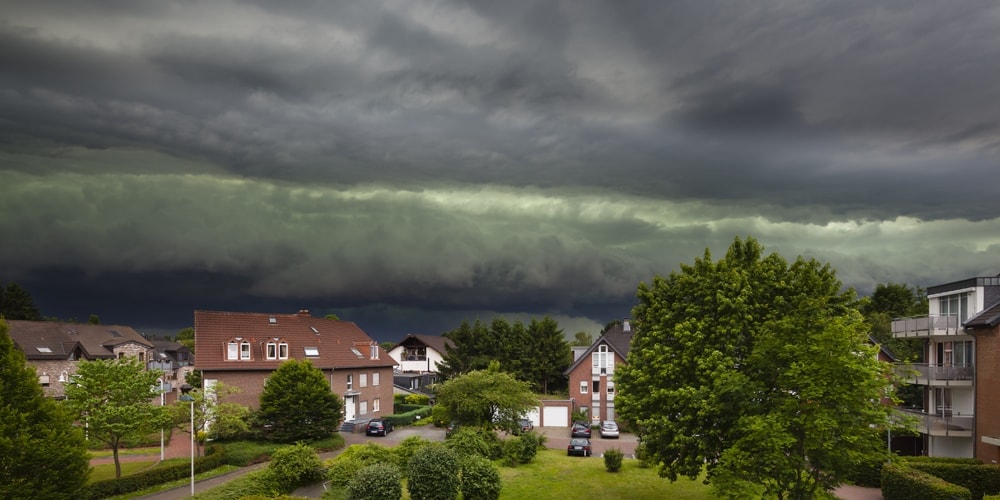 A local Seventh-day Adventist church in Eastern Russia experienced first hand the power of fervent prayer on May 28. Despite a storm warning forecast that Sunday morning, church members in the city of Blagoveshchensk, Amur, Russia, moved forward with a church-sponsored health expo, finishing just before the storm finally unleashed its fury after 3:00 pm.

Church members had planned a health expo to share health principles and connect with people in that 200,000-resident city, located an impressive 4,850 miles (7,800 kilometers) east of Moscow, across the border from north-east China. A day before, city officials declared a strong storm warning for the following morning. Undeterred, members met to pray, asking God to give them at least a few hours to meet with visitors.

Adventist health leaders said the plan was to inform residents of the dangers of smoking while offering free check-ups and sharing biblical health principles.

“As we got ready to start on Sunday morning, dark clouds gathered, and a light drizzle began to fall,” said local leaders. Volunteers, however, decided to proceed as some of them kept praying for God to hold back the storm.

At first, following the storm warning, only a few visitors approached the expo, most of them young people. But church members did not give up. They officially opened the expo, as people were invited to reflect on the smoking habit by a big poster wall displaying pictures of celebrities who smoke. Children were then invited to throw darts at a target cigarette in the poster wall, as their parents got their free health measurements.

Backstage, volunteers keep praying for God to delay the storm. And the health expo proceeded.

In the early afternoon, the sun came out, and many more visitors arrived. Couples with children, and young people, began to gather to enjoy the expo. “People showed great interest in getting their Body Mass Index (BMI) score, and to know the percentage of body fat in relation to body weight,” said organizers. “They also enjoyed other physical tests and the opportunity of getting information on the principles of a healthy lifestyle.”

Outside the city, black clouds kept gathering, but the expo went on, even as the wind began to blow. The first few drops began to fall, but visitors did not want to leave. They stayed to complete a step test to know more about their chances of getting cardiovascular disease, and go through a “Biological Age” station, to find out what their “body age” is.

By 3:00 pm, as strong gusts of wind pushed the dark clouds to the city center, organizers decided it was time to call it a day. They barely had time to load their props and equipment back into their cars. Satisfied, they drove away under the pouring rain, thanking God for helping them to serve the local population through the health expo.

Members believe the power of prayer delayed the storm for hours, allowing them to warn residents about the dangers of smoking and share principles to improve their overall health.

As one of the organizers put it, “No doubt about it—when God’s people pray, the Lord listens.”