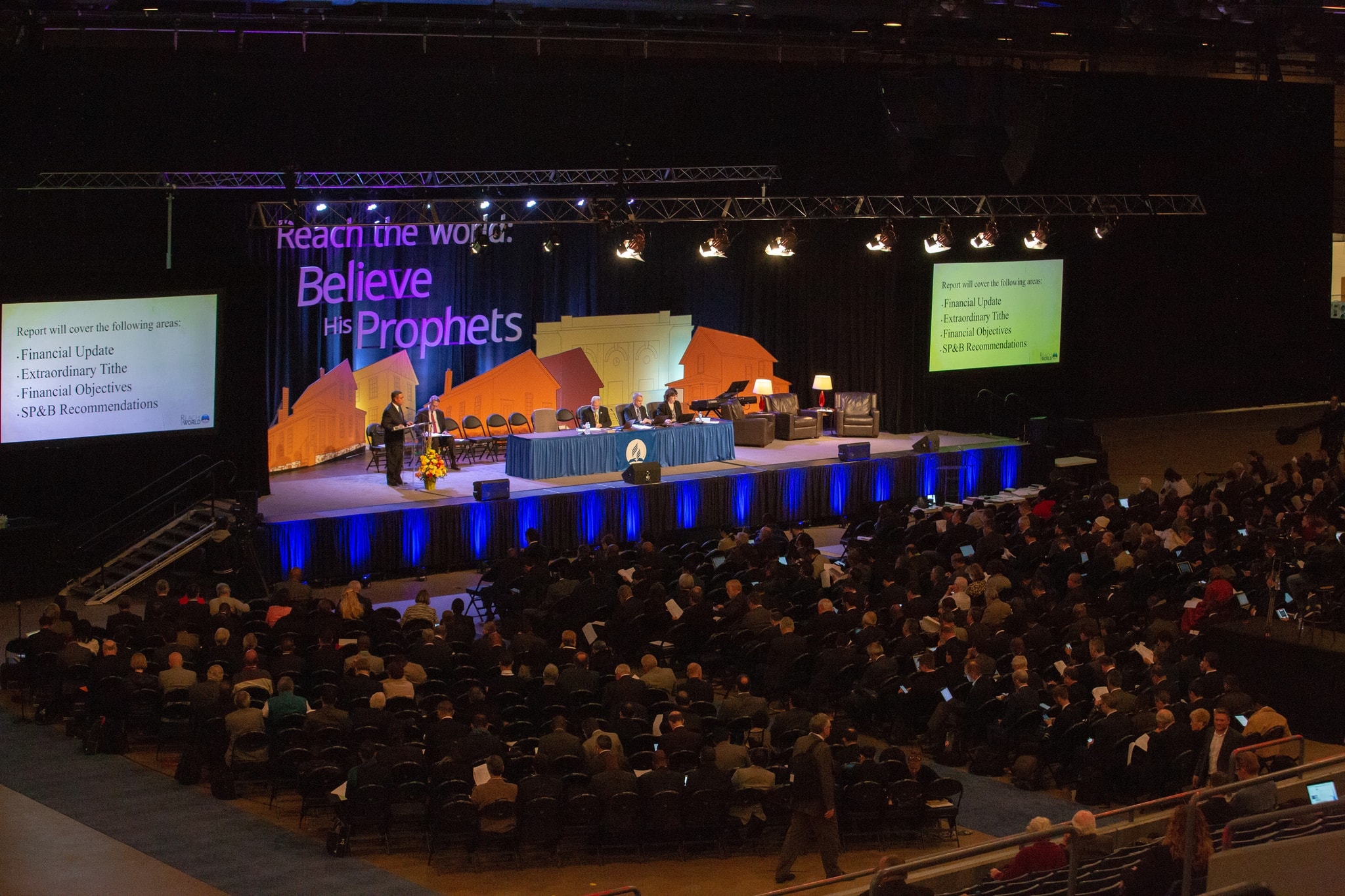 “Tithe is sacred,” noted Juan Prestol-Puesán, treasurer of the Seventh-day Adventist Church, “and we do not deal with it trivially.” Prestol-Puesán comments were made as part of an update for the General Conference Executive Committee on the Church’s use of a large tithe return that began in 2007.

Prestol-Puesán’s financial report briefly rehearsed the history of this “extraordinary tithe,” a term used to designate sizable tithe returns given under special circumstances. In this case, in early 2007 church leaders were notified by an Adventist family of its intention to sell the assets of their international businesses. The family had committed to faithfully return tithe on the profits of the sale as they were realized.

“The amount was extraordinarily large,” explained Prestol-Puesán. There was wide consultation about where to return the tithe. Local conference and union leaders, officers of the Adventist Church in North America and world church leaders, were contacted to discuss the best approach to receiving the funds.

The consensus within the church was that those tithe funds should be remitted directly to the General Conference. Two primary factors drove the decision.

First, it was agreed by all parties that such a large sum of tithe would dramatically distort the ministry structures of the local conferences involved. According to Church policy, tithe may only be used for certain ministry purposes related directly to kingdom growth. A large organization operating on a global scale, they reasoned, could most effectively apply these funds appropriately.

The second factor was the international scope of the company being sold. “The business was multinational in nature with the funds having been earned across multiple geographic areas, encompassing multiple regions of the world,” explained Prestol-Puesán. “It was felt that the General Conference, rather than the local conference, was in the best position to administer these funds.”

“The variance from policy was voted, and then the General Conference Treasury was authorized to receive the tithe funds.”

As part of his financial report to this year’s Executive Committee, the world church treasurer next shared a timetable of actions, which affirmed the policy variance, while keeping church leaders and delegates informed. The Spring Meeting of the General Conference Executive Committee in 2008 confirmed the decision, said Prestol-Puesán.

Over a span of ten years (2007-2017), the family has continued remitting multiple installments of those tithe funds generated by the ongoing sale of company assets. The disbursements have been received by the General Conference Treasury and most have been applied to various parts of the world for kingdom-building activities and projects as well as to General Conference initiatives. The allocation has been managed in coordination with world church divisions (regions) and in response to a variety of mission project proposals coming from those divisions. Prestol-Puesán made clear that those funds have not been used for the general operations of the General Conference or any other entity.

Prestol-Puesán also reported that the most recent installment of those tithe funds was remitted at the end of 2017. Since no tithe funds had been remitted by the same family since 2015, clarification was sought as to the source of the funds. Prestol-Puesán shared that he has received a letter from the family, confirming that the remaining assets sold in late summer 2017 and the tithe on them were part of the decade-old terms of agreement.

Prestol-Puesán concluded his presentation by emphasizing the commitment of the church in diligently overseeing the use of tithe. “We wish to assure the Church that the reason why this matter is critical is because we deal with tithe carefully,” he said. “Extra caution is exercised to deal with it in the most respectful and appropriate manner.”