Evangelistic Series Results in More than 19,000 Baptisms in Tanzania 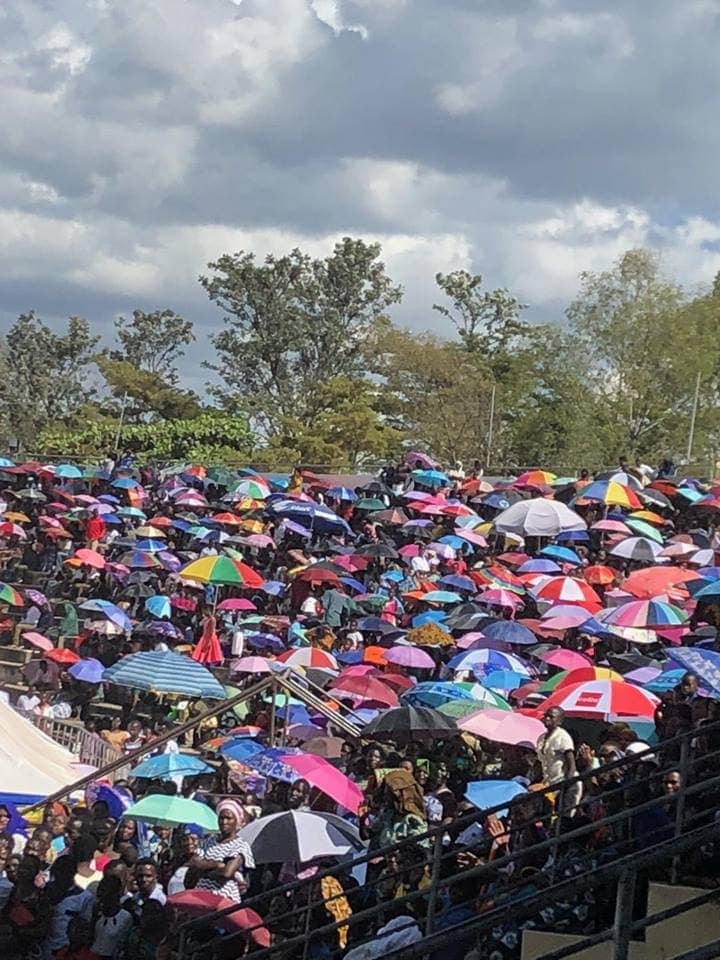 More than 19,000 people were baptized in Mwanza, Tanzania, many of them on June 2, 2018, after attending a ‘Revelation of Hope’ evangelistic series. It was the crowning act of a three-week evangelism series with pastor Mark Finley as the main speaker.

Watching thousands wading into the waters of Lake Victoria for baptism, Finley said he would always remember that moment. “I will never forget the time God allowed me to witness so many miracles of salvation,” he said.

His wife Ernestine, who shared health talks during the three weeks, also said she was excited and happy to see how people began to apply the health principles they learned immediately after they heard of their benefits. “We saw them drinking water and some walking on the spot, which shows they are working to improve their lifestyles and enjoy better health,” she shared.

All presentations were broadcast live on Hope Channel Tanzania. More than 4,000 sites in Tanzania and neighboring countries received the signal.

The Kirumba CCM Stadium, where meetings took place, was transformed into a health center. Before the closing of the meetings, it was reported that 9,000 patients were treated.

Also, many people who said they were tormented by forces of evil came asking for prayers to be free. Tanzania native and Adventist Church vice president Geoffrey Mbwana, who assisted in the coordination of the meetings, said that many who were struggling with evil spirits found victory in Jesus.

“Some came to our prayer booth with lacerated bodies; others had been hopelessly captive to incurable diseases, but Christ set them free,” he shared.

In his closing remarks, the regional commissioner of the Mwanza region John Mongera referred to the Adventist Church as “our church.” He commended the organization for good relationships with the government. He also surprised the audience when he revealed that the three-week series of meetings brought peace and security to his territory.

“We owe you a great debt of gratitude,” he said. “Thank you for fighting ignorance among our people through education and health.”

The success of the meetings also depended on the involvement of church members who contributed their time and resources. Besides visitations and invitations, some offered to refuel vehicles that were used during the series. Others freely accommodated pastors and translators in their apartments, and others equipped the stadium with powerful sound equipment. “It was Total Member Involvement in action,” said Finley in a nod to a world church initiative that invites every member to get involved in sharing Jesus.

Addressing the special guests, Northern Tanzania Union Conference president Godwin K. Lekundayo thanked everybody for their contribution and reminded members that the important task of nurturing and retaining the newly baptized lies ahead. “As a mother after giving birth can’t abandon the baby, so we cannot afford to lose them,” he said.