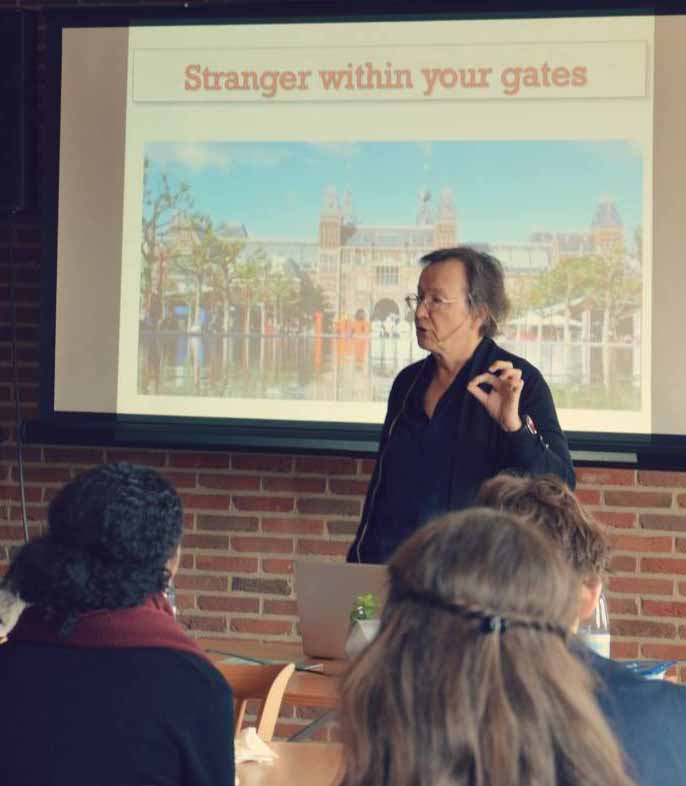 The April 8-10 retreat at a farmhouse in Ter Aar, the Netherlands, sought to provoke discussion rather than deliver black-and-white answers, allowing students to start taking on some of the most difficult questions facing the church today.

A Christian student from Iran, Mehran, set the mood for the discussion, themed “We Can’t Look Away: The Church and Social Justice,” by sharing his story on the opening day.

Mehran said he left his homeland to study and to practice his faith. However, he fell on hard times when his grandfather died. Estranged from the rest of his family, Mehran ended up in a refugee camp in Leusden, the Netherlands. Mehran shared how even in such desperate times, when it felt like no one cared about him, he could always turn to God.

“No matter what, God would be there waiting for you,” he told the students at the retreat.

Aulikki Nahkola, a biblical scholar from Britain’s Newbold College of Higher Education, explored what the Old Testament law had to say about vulnerable members of society and how this could be used to create an Adventist system of ethics.

“Adventists, with a specifically strong focus on the law, are particularly equipped to develop a theology of social justice,” she said.

She also noted that the Bible explicitly states that church members should take care of the “widows, orphans, and alien residents” (Exodus 22:21-22) and asked whether this should still apply in contemporary society.

“If so, where does this responsibility start: with the church organization or with each individual member?” she said.

The students, many of whom attend public universities, also spoke about how to build godly relationships with classmates. One attendee, Daniël Muller, said he planned to create an “Adventist Forum” as a way to connect with others through conversation at his university. The idea of the forum was discussed at the gathering.

“I really appreciated hearing about Public Campus Ministries,” said Muller, a philosophy student. “I’ve been thinking for quite some time about how I can be more involved with fellow students at my university, both in social action and intellectual engagement.”

Tihomir Lazic, a Newbold teacher who oversees Public Campus Ministries for the Adventist Church’s Trans-European Division, which includes the Netherlands and Britain, called the retreat “truly refreshing and mind-stimulating.”

“I was glad to have a chance to meet and interact with students so interested in and ready to engage in actual action to help others,” he said. “It was a pleasure and a privilege.”