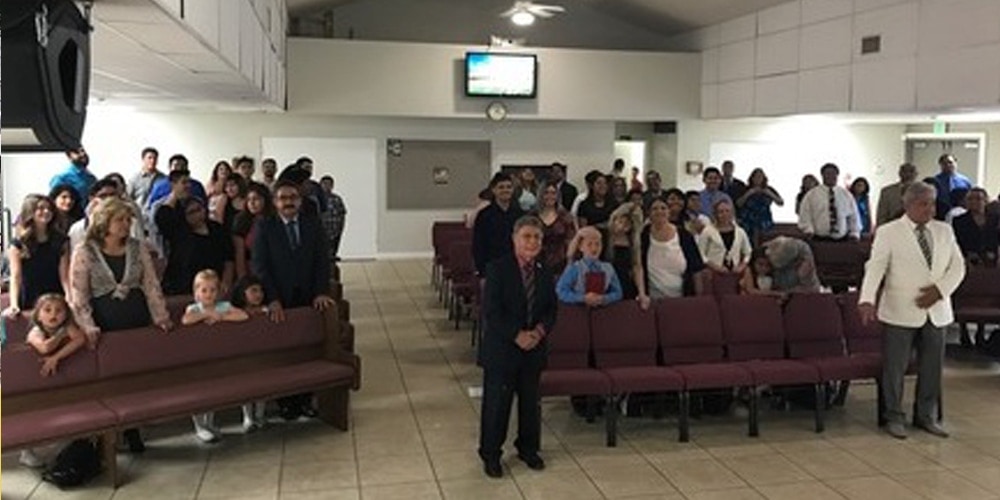 The way it looks on the outside, the High Desert Bilingual Seventh-day Adventist Church in Hesperia, California, United States, blends seamlessly into its arid desert surroundings. On the inside, however, flow brotherly love and hospitality, as modeled in Romans 12, between the three separate language congregations that worship there every Saturday (Sabbath).

Originally a Spanish and English language church, since 2016 the building has been home to a third language, Samoan. The story of how three distinct cultures came to form such a close-knit community is reminiscent of the early Christian church that sought to build community and share the gospel with neighbors.

In 2016, a group of about 15 Samoan people were looking for a place to worship; churches of other denominations opened their door to them for some weekends in the month, but the group wished for a church building they could call home.

“We prayed for a long time,” said Matautu Brown, a member of the Samoan group. “We trusted that if God was willing to do it, it would happen.”

Their persevering prayers resulted in a conversation with Andy Silva, then pastor of the High Desert Bilingual church, who, according to Brown, opened the church’s doors without hesitation.

Brown became emotional as she recalled the experience. “Silva said, ‘Don’t worry about payment, you can come worship here. This is your church,’” she recalled. “I got on my knees and thanked the Lord.”

The High Desert Bilingual church had a third building that was not being used for worship, so they offered it to their new Samoan church family members.

The Samoan group transferred their membership to the new location. Word quickly spread in the Samoan community of Southern California that there was a new place to worship, and the Samoan group has grown to about 50 people, some of whom make the approximately 70-mile one-way trek from Orange County.

While three language sections of the church now conduct their services and activities as well as their own outreach ministries, they have come together through shared Sabbath lunches by mutual invitation, through joint communion services most of the year, and other activities.

“The goal was to maintain unity,” said Michel Aguinaga, former English ministry coordinator at High Desert Bilingual church. “That’s why communions and baptisms are done together. It’s truly the spirit of one big church.”

The melding of three distinct languages into one unified worship experience has also been conducive to learning about each other’s cultures in a way that builds friendship and understanding.

“We blessed the Samoan group by opening our doors, but we have been blessed by them too,” said Arturo Ramirez, the head elder of the Bilingual church. “The Samoan culture is very respectful. They love people and are very friendly.”

“The goal of the church is that anyone who comes feels welcomed and appreciated,” Aguinaga said.

According to Aguinaga, the most significant period of growth experienced by the High Desert church was under Silva’s leadership, including 120 baptisms and membership transfers in a three-year period that also included welcoming the Samoan worshipers.

The church is also outward-focused as it conducts food banks, blood drives, health fairs, and other community activities. But the love starts at home, by serving each other, church leaders said.

“Even though we have different languages, we serve the same living God,” Matautu said. “It may be difficult to understand another language, but we can all feel the Christian love.”

The original version of this story was posted on the Southeastern California Conference site.