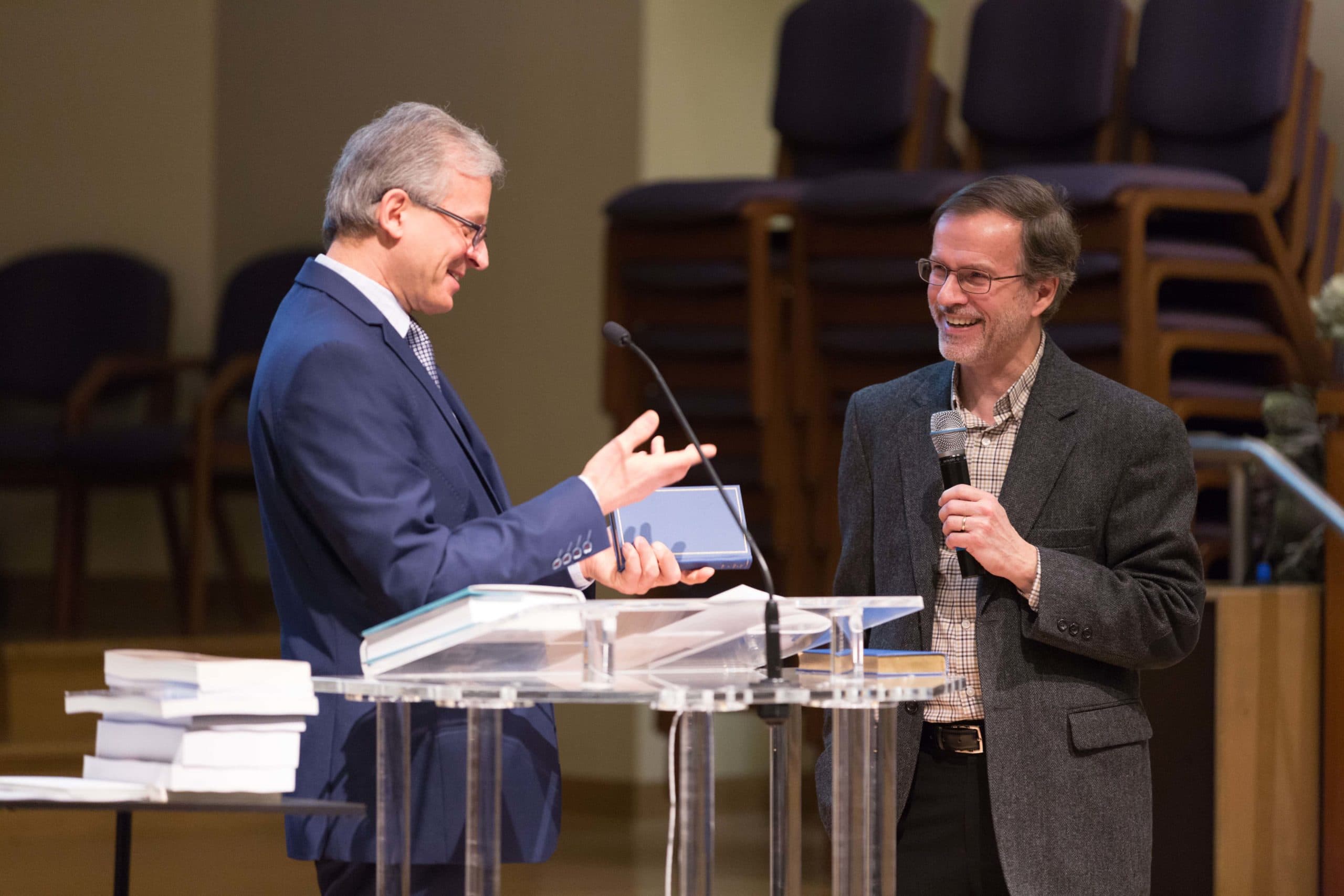 Ellen G. White's Steps to Christ, first published in 1892 and a best-seller from the time of its launch, has been released in a new, annotated edition by Andrews University Press in Berrien Springs, Michigan.

The publication also coincides with the 500th anniversary of the Protestant Reformation.

“Steps to Christ is recognized to be Adventism’s most significant summary contribution to the great theme of ‘righteousness by faith’ that was the theological cornerstone of the Reformation,” said Denis Fortin, editor of the new annotated edition and former dean of the Seventh-day Adventist Theological Seminary. “It’s so appropriate that in this anniversary year, we remind ourselves of the true essence of the Christian faith as presented in this profound little book.”

Seventh-day Adventists have a special regard for the writings of Ellen G. White, a pioneering co-founder of the movement. Adventists believe she exercised the biblical gift of prophecy during her 70 years of ministry. Steps to Christ remains one of her most cherished volumes.

During the 125th publication anniversary year, millions of Adventists around the world are engaging with the text. In October 2016, at the world church's Annual Council, the Ellen G. White Estate launched “125 Years of Steps to Christ” to encourage a movement to study and distribute the book. The campaign calls for members, after reading the book, to organize weeks of prayer, small group discussion, and evangelistic programs organized around the book's themes.

“That’s why we published this special edition—to correspond with and support the Adventist Church’s worldwide effort to re-engage with the book,” said Andrea Luxton, president of Andrews University and chair of the Andrews University Press Board. “And we expect that thousands of readers will do their reading from this new Inspirational Classics Annotated Anniversary edition.”

For Fortin, a co-editor of the 2013 Ellen G. White Encyclopedia (Review and Herald Publishing Association), engaging with Steps to Christ comes easily — it was his first encounter with White's writings.

In his preface to the Andrews edition, he describes his first interaction with Steps to Christ when he was a shy, nominally Catholic 16-year-old in Quebec City, Canada: “I had been listening to a radio broadcast called ‘It is Written,’ and requested a set of Bible studies. A representative of the broadcast stopped by my house and gave me a copy of the Vers Jésus, the French edition of Steps to Christ. That is the first Adventist book I read, and it was the beginning of a spiritual journey that has continued for 40 years!”

Fortin says he's read the book many times since, and thousands of times has prayed the well-known daily prayer suggested on page 70: “Take me, O Lord, as wholly Thine. I lay all my plans at Thy feet. Use me today in Thy service. Abide with me, and let all my work be wrought in Thee.”

The new Andrews edition was officially unveiled and launched during the recognition assembly at the Theological Seminary’s annual Scholarly Research Symposium on Tuesday, February 7, 2017. Jiří Moskala, Fortin’s immediate successor as Seminary dean, interviewed Fortin and honored him for his achievement. Moskala, a well-known Old Testament scholar originally from the Czech Republic, paid his own tribute to White’s book when he told the packed audience in the Seminary Chapel that Steps to Christ is the only book that he has read in four different languages.

The uniqueness of Andrews’ new edition is provided by the rich scholarly contribution that Fortin has made in helping serious readers understand more about the development and theology of White’s original work, according to Ronald Knott, director of Andrews University Press.

Among many other things, Fortin tells the sometimes-forgotten story of how Adventist pastors and church leaders in the early 1890s suggested to Ellen White that she work with her editorial assistants to compile a book on Christian conversion from her previously published writings. More importantly, Fortin’s analysis gives a reader-friendly overview of the great theological issues at stake in a biblical understanding of righteousness by faith.

“That’s why it’s called an ‘annotated edition,’ Knott said. “Fortin’s expertise brings so much to an understanding of the book. And that’s part of what we mean when we say, ‘Read it like you never have before.’”

He said the book contains an extensive historical and theological introduction, as well as short introductions to each chapter. There are also helpful annotations throughout, scripture references, and a new appendix cross-referencing other Ellen White writings.

“This is probably the ‘fattest’ edition of Steps to Christ ever published,” Knott said. “The standard editions are usually about 135 pages. This one logs in at 378. That’s for two reasons: first, because of all this helpful, highly informative material that Dr. Fortin has provided from his long years of expertise as an Adventist theologian and Ellen White scholar; and second, because of the physical dimensions and manufacture of the book.”

Knott said this new edition conforms to the classic understandings of good book design. It is a small, hand-sized edition, with a sturdy cloth-type hard cover, and with foil stamping and gilded edging. Because of the smaller, easy-to-handle page size, and readable typeface, the book is necessarily thicker. He said that the original pagination of the standard edition that Adventists have known for decades is carefully indicated throughout the work.

“This is an edition that will make anyone proud to share it, and anyone honored to receive it,” Knott added. “So often, when sharing Steps to Christ, we have turned to mass produced, cheap paperback editions. And there has been a place for those. Yet we send a message about our own value of a book’s content in the appearance of the book itself.”

The format of this anniversary edition matches that of the Inspirational Classics “professional gift edition” of Christ’s Object Lessons that Andrews University Press released in 2015. “We naturally think of these two editions of these classic Ellen G. White books as a matched set, and expect many Adventists will appreciate having them in that way, both for themselves, and for sharing with friends outside our faith community,” Knott said.