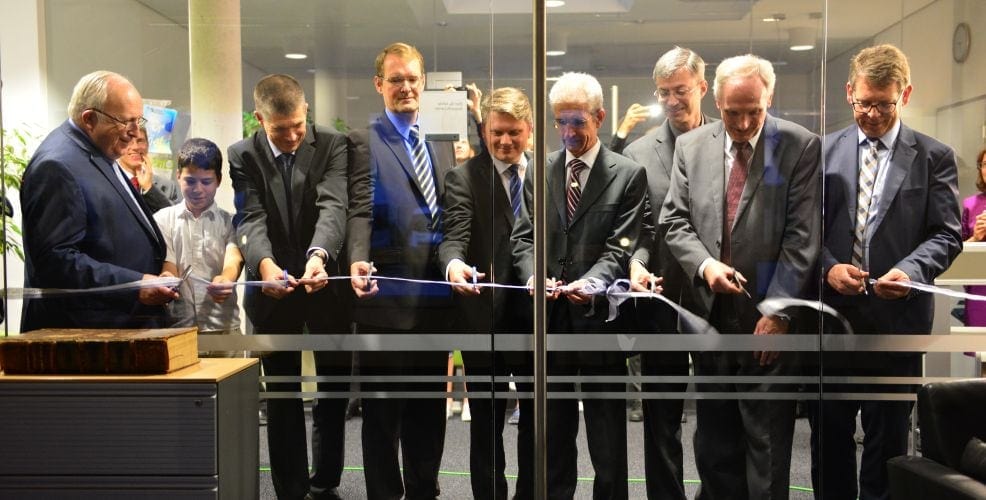 A new Ellen G. White Research Center opened at Bogenhofen Seminary in Austria on the 101st  anniversary of the death of the cofounder of the Seventh-day Adventist Church.

The new research center is the 20th worldwide and the first for the German-speaking countries of Central Europe: Austria, Switzerland, Liechtenstein, and Germany.

It aims to help a new generation in Europe gain a greater appreciation for White and her ministry, church leaders said.

“The new research center will provide exceptional insights into our early Adventist history and will be an invaluable resource to strengthen our identity and foster a new sense for our unique mission,” said Erhard Biró, president of the church’s Baden-Wuerttemberg Conference in southern Germany.

The research center celebrated its grand opening on July 16, the date that White died in 1915 at the age of 87. Its director is Markus Kutzschbach, who also is an executive director of Adventist Heritage Ministry, an entity that works closely with the Ellen G. White Estate to secure the Adventist past for the future and maintain historic Adventist sites in North America, Europe, and elsewhere.

Three other White research centers are located throughout Europe: at the Adventist University of France (Collonges), Newbold College of Higher Education in Britain, and Zaoksky Theological Seminary in Russia.

The opening of the new research center coincided with the first Gift of Prophecy symposium in the Adventist Church’s Inter-European-Division, whose territory includes the German-speaking countries of Europe. For three days, nine scholars from the White Estate, the Biblical Research Institute, Andrews University and Bogenhofen Seminary shared their research and insights into the theology, ministry, and life of White at Bogenhofen Seminary.

Some 500 people gathered on Sabbath, July 16, to listen to Mario Brito, president of the Inter-European Division, share his positive experience with White’s writings and their value for the Adventist Church.

“The symposium was very valuable because of the excellent presentations and personal testimonies of the speakers,” said Christian Grassl, president of the Adventist Church in Austria.

One German family traveled as far as 4,200 miles (6,800 kilometers) from Kazakhstan to attend the symposium.

Attendees were able to purchase copies of two books — The Spirit of Prophecy in Scripture and History by Alberto R. Timm and Dwain N. Esmond and Glimpses Into the Life of Ellen G. White by James Nix — that were newly translated into German from English and released by the seminary.

Nix, director of the White Estate, said he was “pleased with the spiritual tone of the entire weekend.”

Participants expressed delight with the information that they learned.

“I came to the symposium because in my home church I did not hear much about Ellen White, and if people talked about her, they did so in a very one-sided and critical manner or they used her in an extremist way,” said a female participant from Germany. “I wanted to hear from people who are knowledgeable about Ellen White, and they did not disappoint me. My questions were answered, and I am returning to my home and church with joy, new enthusiasm, and a greater appreciation of Ellen White and her wonderful ministry.”

Bogenhofen, established 35 miles (55 kilometers) north of Salzburg in 1949, and the White Estate, which is based at the Adventist world church headquarters in Silver Spring, Maryland, have enjoyed a productive relationship over the years. Bogenhofen students played a key role in digitizing White Estate materials to create the digital White research center available at drc.whiteestate.org.

The new White research center at Bogenhofen is an upgrade from the smaller Ellen G. White Study Center that had existed at the seminary since 2004. Four largest Ellen G. White Branch Offices are located at Adventist universities in the U.S., the Philippines, and Kenya.

Gift of Prophecy symposia are being organized around the world to broaden church members’ understanding of the spiritual gift of prophecy and the life of White after an initial symposium was held at Andrews University in October 2015.