Doctor Goes on Tour to Warn Students About Vaping Loma Linda University Health physician Laren Tan is beginning a regional tour to speak with junior high and high school students about the dangers of vaping. The issue has stepped into the national spotlight as nine deaths have been confirmed in connection with the use of electronic cigarettes, according to the Centers for Disease Control and Prevention in the United States. In addition, more than 500 cases of a new vaping-related disease have been reported since April 2019.

Tan is one of many doctors concerned with the health risks of vaping. The founder and director of the Loma Linda University Health Comprehensive Program for Obstructive Airway Diseases treats the most severe pulmonary cases — everything from non-reversible asthma to dangerous high blood pressure of the lungs and emphysema. Vaping, he says, has served as a gateway for teens to smoke rather than a tool for adults to quit.

Starting with a school in Riverside, California, Tan spoke to students about the dangers of both the substance being vaped and the lesser-known hazards of the activity. Research has shown that the heated coils are releasing metal particles such as lead and nickel into the user’s lungs.

“We don’t have all the data on the long-term effects of vaping on the body, but we do know that the short-term effects can be detrimental to lungs, especially in teens as their lungs are still developing,” Tan told the audience at La Sierra Academy in Riverside, California, United States. “If a teen already has underlying respiratory conditions, such as asthma, they could be at a greater risk of permanent damage or even death.”

In his presentation, Tan breaks down the anatomy of e-cigarettes, explaining that the concentration of nicotine in the cartridges depends on the amount of substance inhaled and the concentration in the e-liquids. “Consistency in concentration and composition of the liquid varies between different manufacturers, and with no [United States] Food and Drug Administration regulations, it’s difficult to determine how much nicotine — or other unknown substance — is being inhaled.”

One substance that has been identified in many common flavorings for vapes is diacetyl. “In the medical community we have long known that inhalation of diacetyl causes bronchiolitis obliterans, also known as popcorn lung,” Tan said. The inhalation of diacetyl scars the tiny air sacs or alveoli of the lungs, which is extremely problematic in both developing and already developed lungs.

“Through speaking to students, teachers, and counselors, we hope to arm our communities with the information they need to make an educated decision for themselves and give the potentially life-saving information to people who need it,” Tan said.

Magazine Article
​A Toxic Legacy
Here’s why caring for creation should matter to Christians.
House Call
Cigars
Tobacco by any name would still be poison.
News
Are Electronic Cigarettes Safe? 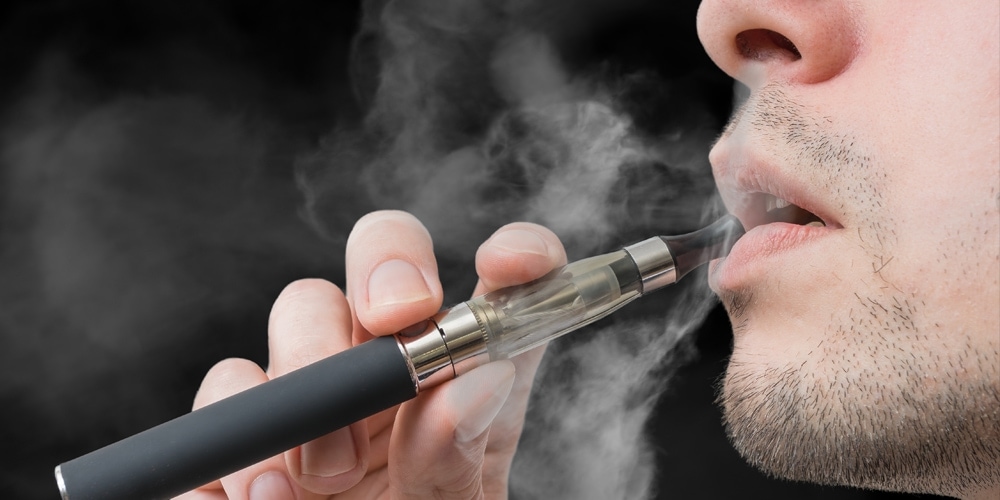