He had no hope and wanted to die. Then he learned that Someone could help him. 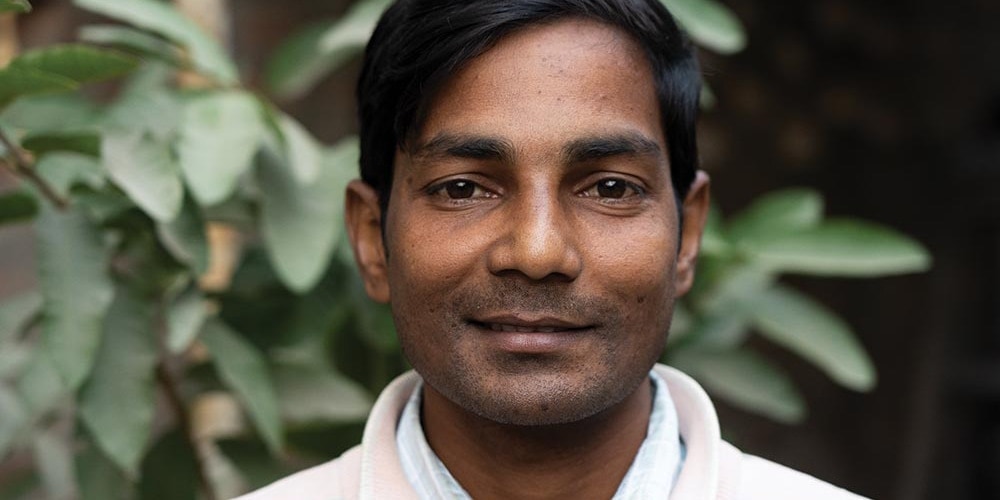 Dinesh could barely bring himself to tell his parents about his symptoms, but he didn’t dare ignore them any longer.

His parents were poor. There was hardly enough money to feed their large family, never mind pay for hospital bills. But when they learned that Dinesh was suffering, they were determined to get care for him.

Tests revealed that Dinesh had been born with a hole between the chambers of his heart. The defect was forcing his heart to work harder and harder to distribute oxygen throughout his body. And it was slowly losing the battle.

“Is the condition fatal?” his parents asked the doctor.

“It can be if not corrected,” he replied. “Fortunately, we can perform surgery to repair the hole.”

“How much will it cost?”

The doctor’s response was a cruel reminder of the reality that tyrannized their lives: hope was a luxury of the rich.

During the next five years, Dinesh received occasional treatments to alleviate his symptoms. But they didn’t help much. As his condition worsened, he agonized over why the gods allowed him to suffer when he had been so devoted to them.

Desperate to help, Dinesh’s older brother took him to specialists in the large city where he lived. Perhaps they could intervene. But their assessment was grim: even if the surgery were free, there was no guarantee Dinesh would survive it.

Dinesh returned home broken-spirited. He quit his studies and retreated from life. “My heart held no interest in anything anymore,” he explained. “I felt disgraced by my life, and I didn’t want to burden my family. I had known that it was only a matter of time before I died. Now I wanted to die.”

One day, Dinesh’s mother learned about a local church from a neighbor. “You should go,” she encouraged. “People have been healed there.”

Dinesh felt a flicker of hope and decided to go. During the sermon, he learned that Jesus had died and risen again so that he, too, might rise again someday after his death. He surrendered his heart to Jesus that day and decided to trust Him with his life. “I sensed a voice telling me that I would be all right,” he recalled. “And now, eight or nine years later, I am all right!”

Dinesh learned about a seminar being presented by a Seventh-day Adventist speaker named Pradeep. Curious about what Adventists believe, he attended the program and talked with Pradeep afterward. Pradeep was a Global Mission pioneer, a church member who had moved into a city with no Adventist presence to start a new group of believers. He and his wife had turned their home into an urban ministry center to serve their community’s physical and spiritual needs. They invited Dinesh to visit. He accepted their invitation, and his life has never been the same.

“I joined Pradeep’s Bible study class and learned about the three angels’ messages,” Dinesh said. “I accepted them as God’s truth, and now I’m sharing them with people in my village.”

Dinesh requested baptism and became a member of Pradeep’s church plant. Now he volunteers his time sharing the gospel with those who don’t know Jesus. “My whole family has come to believe in God and His promises!” Dinesh shared, his soft brown eyes smiling.

“I want to thank everyone who makes the ministry of Global Mission pioneers possible,” Dinesh added. “You send pioneers to help us, and they’re sending us to help others. Your sacrifice and support have inspired us to carry the gospel on our shoulders to those who haven’t heard it.”

Dinesh asked that you pray that he will faithfully continue to help others prepare for Jesus’ soon return. “There are many people who are suffering and dying here. They hear many confusing teachings. They’re asking questions about God and how they can be saved. It’s our duty to tell them that God loves them and that He wants them to live.”

Dinesh had more than one kind of hole in his heart that God healed. In addition to experiencing improved health, he has found that the aching void he felt has been filled with inexpressible peace and joy. He radiates wholeness, purpose, and earnest love for Jesus and his community. Dinesh has a new heart, and he’s helping others have one too!