Despite the Pandemic, Adventists in Germany Open Renovated Kindergarten 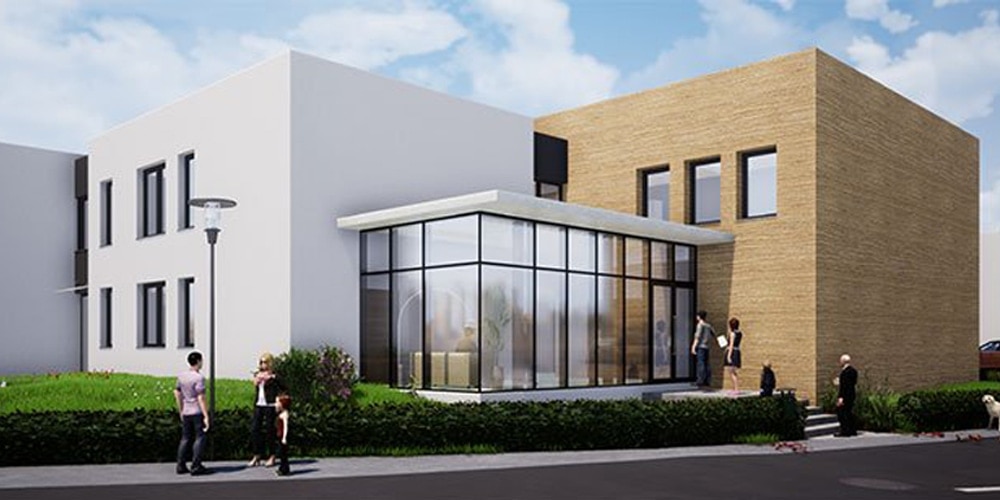 After 17 months of construction, the building team completed a day-care center in the new community center of the local Seventh-day Adventist congregation.

“It is with great appreciation that we can report that the urgent wish for new premises for the kindergarten came true after a total of five years of planning and construction,” Jürgen Hildebrandt, head of the department for early childhood education of Advent Welfare Organization, said. “The facility is ready now to go into operation.”

Hildebrandt explained that several renovations to the old building preceded the current building layout. After years of renovations, in December 2018, leaders submitted a building application for a completely new structure. Construction began a few months later.

During the construction phase, leaders rented a vacant store across the street, which allowed the center to continue operating with a group of 24 children.

Leaders also expressed their gratitude because the construction project was accident-free and thanked local authorities for the city’s financial support.

“We look back with gratitude on a successful and accident-free construction period,” Hildebrandt said. “Even the schedule was kept despite the COVID-19 crisis. We also experienced God’s blessing in this,” he added.

Hildebrandt explained that the city of Fürth made a sizeable financial contribution to the new construction and renovation of the facility. “The project would not have been possible without their support,” he said.

The interdenominational Christian kindergarten will work according to a cross-cultural concept, under the management of Andrea Zagel. In the newly designed area of approximately 940 square meters (10,100 square feet) distributed in two floors, it is expected that day-care services will be offered eventually to 60 children divided into three groups. Leaders reported that each group has a group room, a side room, a shared movement room, and a light-flooded dining room with a garden view. The newly designed kitchen allows for freshly prepared, wholesome meals for all children, they reported.

The Seventh-day Adventist congregation in Fürth now also has an expandable hall, new sanitary facilities, and its own kitchen, as well as youth and storage rooms. The joint inauguration ceremony of the rooms for the kindergarten and those of the church congregation will take place when that kind of gathering is allowed again, leaders said.

The original version of this story was posted by Adventistische Pressedienst,