Defying Opposition, 543 Are Baptized in Vanuatu 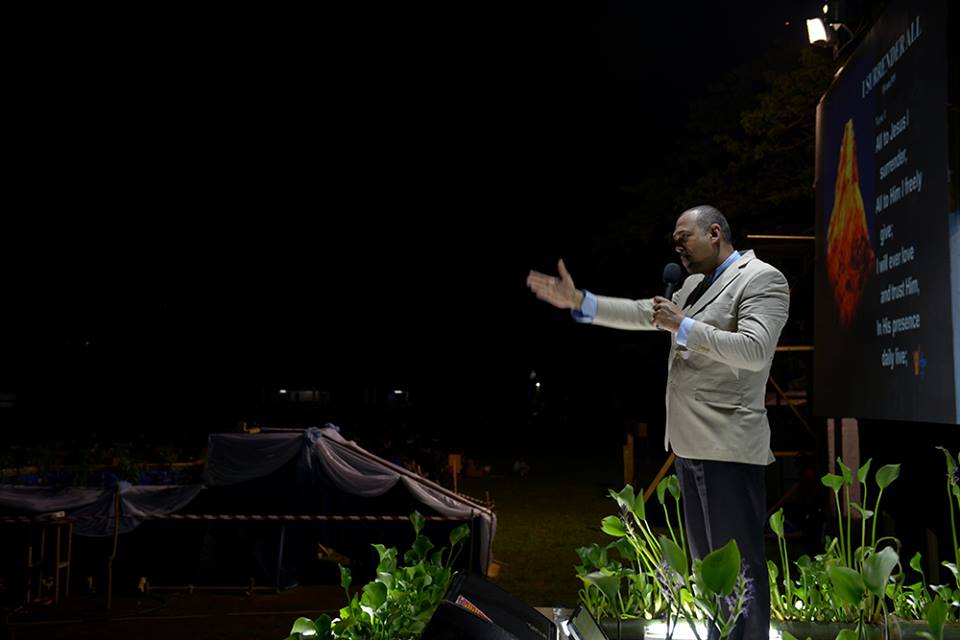 With an Adventist evangelistic series facing strong opposition from other religious denominations, barely 100 people in the crowd of 6,000 in Vanuatu stood when the preacher asked who wished to be baptized on the final Friday night.

But 543 people ended up being baptized the next day, Sabbath, and on Sunday, bringing the year’s total of baptisms on the South Pacific island to more than 3,315.

“What happened the next morning, on Sabbath, was truly a miracle,” said Simon Luke, head of the Vanuatu Mission. “The whole event was no doubt a test of God’s power, and He did manifest it in a powerful way.”

The baptisms, which took place on Dec. 20 and 21 at the Ex-Fol sports complex in Vanuatu’s capital, Port Vila, came three months after 2,213 people were baptized at a similar program in September.

Both evangelistic series came under attack from other denominations, which denounced the Adventist meetings and warned their members to stop attending.

The two citywide campaigns, “PV14: Hope for Port Vila,” are part of the Seventh-day Adventist world church’s Mission to the Cities initiative, which aims to share Jesus with people in the word’s largest cities.

Despite the opposition, people kept asking to be baptized, Luke said.

“Somehow God has chosen to bless Vanuatu Mission five or six times more than the average annual baptisms of 600 in the past,” he said.

The latest baptismal ceremony served as the culmination of an 11-day campaign hosted by Jean-Noel Adeline, Church Ministries leader for the New Zealand Pacific Union Conference.

More than 6,000 people attended the program every night. A larger crowd of about 10,000 people braved the heat on Sabbath and the rain on Sunday to witness the baptisms.

Downlink sites set up across the country were a big part of the church’s PV14 campaigns.

The effectiveness of these sites was shown on the final weekend of the program. Luke told of a television viewer who called from the Presbyterian island of Ifira with a request to extend the presentations “a little longer” so he would have time to travel to Port Vila to be baptized in a pool.

"He said, ‘Please, can you tell pastor to wait for me? I am coming to be baptized,’” Luke said. “He then took the boat across and made his way to the pool.”

More than five prisoners were also baptized from watching the live broadcast on Hope Channel. In addition, several government officials and a 106-year-old woman committed their lives to Christ through baptism.