Creation is for Everyone 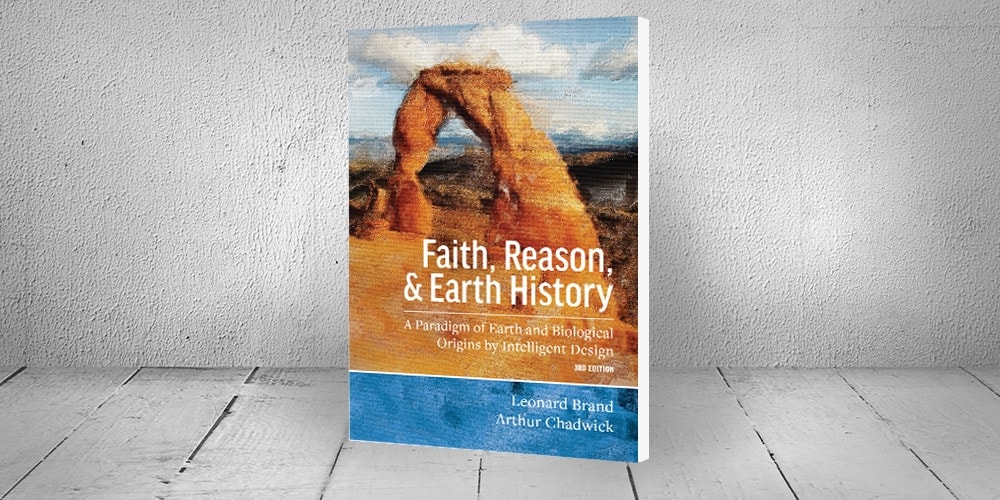 Students, teachers and general readers anywhere in the world eager for access to the acclaimed go-to textbook on the latest in creation science studies can now get it for free in digital format, thanks to a unique partnership among three Adventist entities.

The book, just released in its new third edition by Andrews University Press, is Faith, Reason, and Earth History: A Paradigm of Earth and Biological Origin by Intelligent Design, authored by Leonard Brand of Loma Linda University and Arthur Chadwick of Southwestern Adventist University.

The worldwide free e-book release was formally announced at the spring meeting of the General Conference Faith and Science Council (FSC), held in Loma Linda, California, April 19-20. The Council, comprised of practicing scientists, theologians, educators, pastors and church administrators, meets twice a year to sponsor and promote scientific investigations, publications and other activities with particular attention on creation.

The new publishing initiative was made possible by cooperation among the Council, the North American Division Adventist Learning Community, and Andrews University Press. Faith, Reason, and Earth History by Brand was originally published by Andrews in 1997. A second edition appeared in 2009. This new third edition, now co-authored by Brand and Chadwick, was made possible by funding from the FSC, chaired by Mike Ryan, assistant to the General Conference president.

“This outstanding book is exactly in line with the goals and purposes of the Faith and Science Council,” Ryan said. “Andrews had the vision to publish the earlier editions and get Brand’s book established as the standard in its field.”

Ryan explained that with new developments and discoveries happening all the time, they also had to find a way to get an updated third edition in places where typical academic publishing operations like Andrews would have a hard time reaching due to costs. “We had to do something creative to get this book out around the world to do its important work,” he said. “In this day of demands for ‘open access,’ finding a way to make it free, at least electronically, is the way to go.”

The initiative for the unorthodox publishing arrangement for free e-book distribution came from staff at the North American Division’s Adventist Learning Community (ALC), an entity of the Office of Education. The ALC is a web-based educational platform designed to strengthen professionals and lay people in ministry, administration and education through continuing education courses, teaching courses, ministerial training and dissemination of uniquely Adventist content for the church community and beyond. When ALC Director Adam Fenner learned that the Council was wrestling with how to get the Brand/Chadwick book the widest distribution possible, he simply asked: “Why don’t we just make it free?”

“Of course, that meant some careful analysis of what we at ALC could do to make it available in electronic form,” Fenner said. “And it required an understanding of the financial implications for Andrews University Press. But with everybody being creative, and eager to make it work, we came up with a good plan.”

That plan meant funding from the Council to Andrews for production. It also meant that Fenner and his team had to establish an easy interface for the digital download on the ALC website, and getting it available for free at major online retailers. That’s not a usual system for an academic text.

“This really is a bold venture to accomplish mission,” said Lisa Beardsley-Hardy, director of education at the General Conference. “This is the first time, to my knowledge, that any major academic book like this has been distributed by Adventists in this way.”

Beardsley-Hardy explained that we tend to think about academic publishing in the traditional ways, and that usually means access is limited. “Now, anyone, anywhere in the world with basic equipment can read this important book at no cost to them,” she said. “This could be a pilot project for how certain key books published by our church are distributed in the future.”

“Academic publishing is a vital function that is core to the mission of Andrews University,” said Andrea Luxton, Andrews president and chair of the Andrews University Press Board. “But publishing is changing, and successful operations depend on new ways to make valuable scholarship available. We’re delighted to look ahead at other integrated ventures in the future where Andrews’ expertise in academic publishing can bless the Christian world beyond our usual channels.”

Earlier editions of the book have been the standard text for academic programs in geology and earth science at schools inside and outside the Adventist world. John Whitmore, professor of geology at Cedarville University, a Christian university in Ohio, has used Brand’s textbook for his geology students for years. “It was one of the most influential books in helping me think about philosophy, science and Christianity,” he said. He noted that while he is “old school” in preferring hard copy textbooks, he is sure that the free e-book edition will be useful and much appreciated for his students.

But even those wanting hard copy will get a break on cost, according to Ronald Knott, director of Andrews University Press. “This book, a 600-page, full color hardback, would normally cost a student more than $100. But thanks to funding from the Faith and Science Council, we’re able to offer it at the artificially low price of $49.99. That puts it in the financial range of interest for laypeople who may still want hard copy. But of course, we’re happy to recommend the free digital edition,” he said.

Knott said the digital edition of the book is available now at www.adventistlearningcommunity.com/faith-reason-earth-history, while the print edition is available from Amazon.com, Adventist Book Centers and from Andrews University Press.