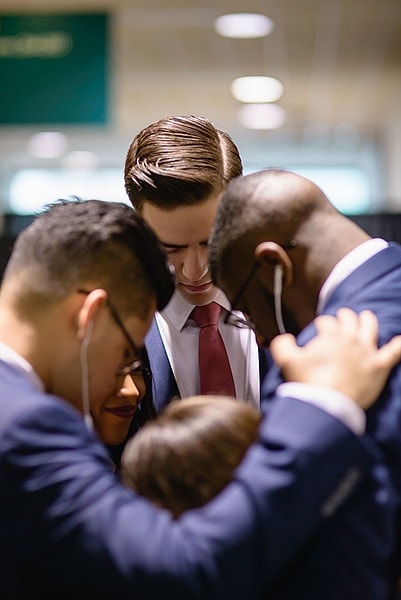 A team of 20 students from Seventh-day Adventist-owned La Sierra University has placed first in a prestigious U.S. competition that showcases young business talent.

The students, led by a six-member presentation team, were declared the champions against 118 universities and colleges at the Enactus United States National Expo in St. Louis, Missouri, on May 15-17.

The La Sierra students’ winning projects include a micro-lending program with cows in India and a mobile grocery market for low-income customers in southern California.

“We are so very proud of these students who have invested so many volunteer hours on significant projects that are continuing to impact hundreds of people in the local region and in India,” said La Sierra University president Randal Wisbey.

La Sierra now holds an unprecedented seventh national title in its 25 years of competition and will represent the United States at Enactus World Cup competitions in Toronto, Canada, on Sept. 28-30. The university’s team last brought home the national trophy in 2007 and went on to win the world cup that year in New York.

During competition, teams from each school give 24-minute, multi-media presentations on the impact of their school’s Enactus projects, which aim to economically empower and sustain communities through entrepreneurial endeavors. Panels of judges comprised of executives from leading U.S. corporations decide winners in the opening, semi-final and final rounds.

1. Mobile Fresh: a partner project with Family Service Association in Riverside, the city where La Sierra is located, uses a renovated city commuter bus to bring reduced-rate fresh produce and dry goods to areas with few supermarkets. The team, which manages marketing and educational programming for the project, took the Mobile Fresh bus to 40 locations throughout the Riverside area. They achieved 1,800 customer transactions per month this school year, with 3,824 people directly affected. Customers saved up to 50 percent on food costs.

2. Enactus Field Station, Denkanikottai, India: an Enactus Cow Bank micro-lending program that started in 2013 has more than doubled the income of participating families, who receive milk cows on loan from the team, sell milk, repay the loan, and ultimately buy the cow while earning significantly higher income. The team has purchased and loaned 117 cows. Cow Bank entrepreneurs have invested $154,740 into the local economy, and none have defaulted on their loans. The field station last November also established a new micro-lending program involving sewing machines and a sewing school. Thirteen young women will complete the program in June, ready to earn additional income with their new skills. 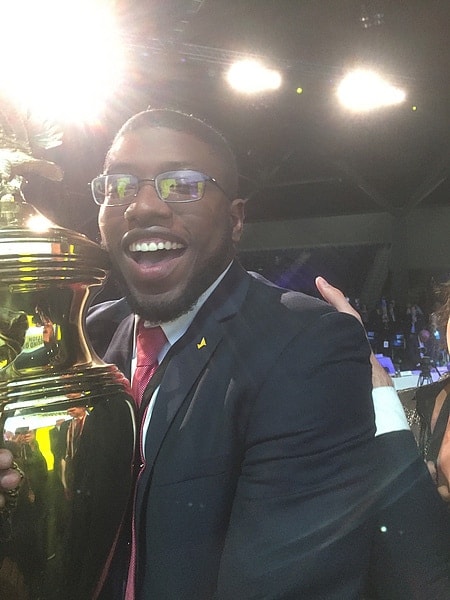 3. Innovation Camp: 840 high school students have received lessons in innovation and human-centered design in California schools over the past year. Since 2012, more than 3,500 students from Canada, Mexico, India, China, and the United States have experienced the program, creating new ideas and prototypes.

La Sierra’s Enactus team is based out of the university’s Zapara School of Business, named after entrepreneurs and education philanthropists Tom and Vi Zapara. This year, Tom Zapara, 93, attended the national competition and had the opportunity to witness the first-place win. In a meeting with the team afterward, he said he believed he was divinely inspired by God to attend this competition.

Razzouk, a La Sierra business school graduate who as a student led the team to its 2007 national and world cup victories, serves as a mentor to the Enactus students.

“I was kind of speechless,” said Razzouk, describing his reaction to the victory. “I was so proud. I felt kind of like a dad.”

The team has come close to nabbing the top spot several times in the past nine years, placing second in the nationals last year and third in 2009.

Enactus, an international organization, has 533 universities and more than 16,800 students participating in its U.S. division. The organization began in 1975 as SIFE, or Students in Free Enterprise, and changed its name in 2012 to Enactus.