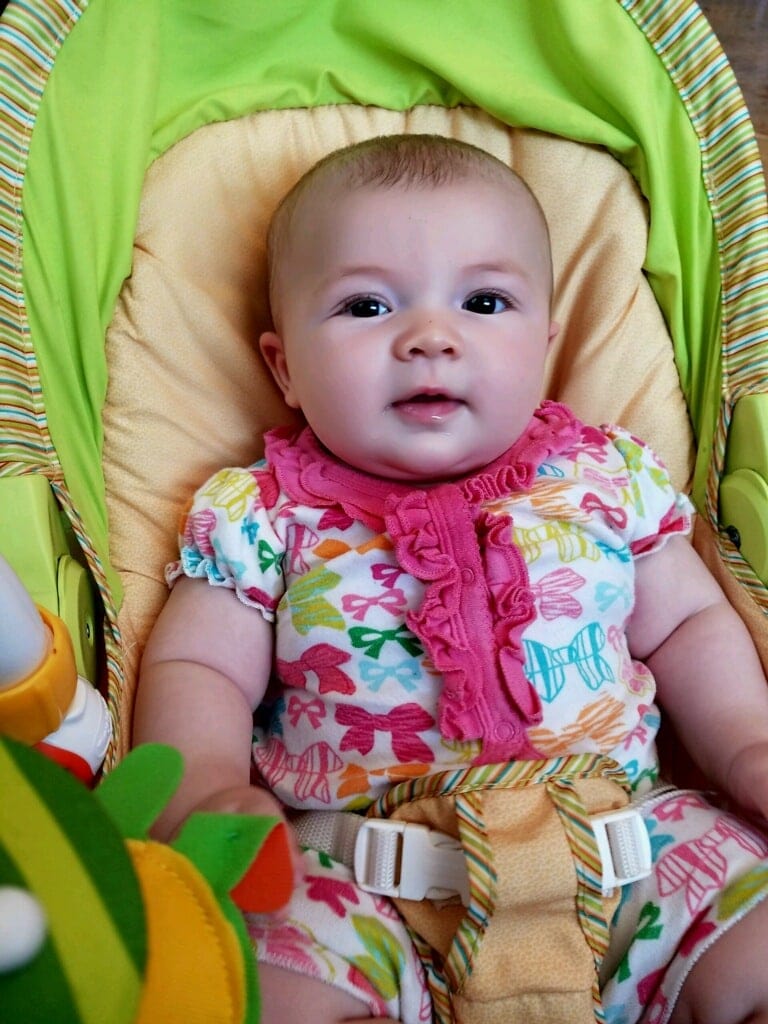 When Summer Porter drove to Washington Adventist Hospital (WAH) in Takoma Park, Maryland, last June, she thought that maybe the dog at the daycare had bitten her almost 4-month-old baby Breelyn Elizabeth. “Death had not entered my mind,” she said. Upon arrival, a WAH employee told Porter to wait and that someone would come talk with her. She soon found out that Breelyn hadn’t woken up from a nap at daycare.

Her spouse, David Burke, and what Porter describes as “first responders” — Mike Speegle, senior pastor of New Hope church in Fulton, Md., and Ann Roda, vice president of Mission Integration and Spiritual Care at Adventist HealthCare and a former pastor at New Hope, where Porter and her family attend church—soon arrived to lend support.

Porter and Burke finally saw Breelyn, lying on a full-sized cot, covered in two blankets made by volunteers. She said, “It was really touching [seeing her with the blankets] because it meant that somebody had put the time and energy into it, that somebody was able to take care of my kid when I couldn’t.” Porter added families who are dealing with an illness are often able to prepare and bring items for their children who are headed to the hospital. “But when you have an emergency, you just answer the phone and get there. … It didn’t change the situation. My child had still died. But it mattered.”

Pulling the Pieces Together

In the months following the loss of Breelyn, Porter felt blessed by caring family and friends. She read a lot about grief, visited with a counselor, and wrote thank-you notes to the medical and EMT teams. She and Burke were determined to “get through this together,” she said.

Still, she felt powerless. “Everything else in your life you can change. … You can control everything. [But] something like disease, an accident or death is an equalizer. It takes who it takes. That hasn’t happened to me before ... I couldn’t work my way out of it. Hard work wasn’t going to change the outcome,” she added. “[We now just] live each day and take it for what it is. ... We concentrated on that pretty quickly.”

“The number [of children dying from SIDS] is staggering. Initially I’d wake up and pray for other people who are going to live this today,” said Porter. “It has helped us focus outside ourselves and gives us moments of not being alone.”

Remembering the comfort she received knowing that someone had wrapped Breelyn in a homemade blanket, and wanting to take more action, Porter learned to crochet so she could start making blankets for other families who had lost children in the hospital. “That is why we started Breelyn’s Blanket Brigade—to give parents a moment of love,” she says. “I’m concerned for people who don’t have a support network like we did.”

After visiting her sister, Amber Baker, in Boston, and seeing her 7-year-old niece crocheting a square, it occurred to her that more people might be interested in helping to make blankets, birthing the idea for Breelyn’s Blanket Brigade.

Porter created a Facebook page, Breelyn’s Blanket Brigade, and invited 40 friends on the site to start making 5” x 5” squares that she will construct into blankets to be distributed to other families at WAH.

To her surprise, more than 480 people have joined the group. Friends and strangers have sent squares, crocheting supplies and support from Arizona, California, Hawaii, Iowa, Maine, Maryland, Massachusetts, Ohio, Nebraska, Tennessee, Texas, Virginia, Washington, and as far away as Armenia, Canada, Guam, and Wales. Friends of friends have also reached out to her, sharing their stories of lost pregnancies and children. “Social media has allowed me to get prayer when I need it,” she adds.

Breelyn’s Blanket Brigade members are also being inspired by the project. Sasha Ross, a member living in California, posted: “That little girl is making a big impact on the world and on families in need (through you). We need more reasons to love, and to share that love with others, just like Breelyn inspires us to do. Thank you for sharing her with us and letting us be part of her legacy.”

Seventeen members of the brigade are seventh-graders in Suzy LeBrun’s homeroom class at Beltsville Adventist School (BAS) in Maryland. This school year, they’re learning to crochet and are constructing squares to add to the blankets.

“We are so glad we can help Summer and her ministry to parents who have lost little ones,” said LeBrun. “Summer is very thankful that the students are making squares, and the students, even those who are struggling [to learn to crochet], aren’t giving up because they know it is worth it to help others.”

Getting a “Little Better”

The students crochet squares each Friday. This brings more comfort than just the warmth of the blankets. “Breelyn died on a Friday, so Fridays are tough,” said Porter. The image of the students crocheting gives her family something positive to focus on and picture each week, she adds.

Rachel and Naomi Unnikumaran, fourth- and second-graders at BAS, are also making squares for the blankets. “I normally try to copy my sister, and I just want to do something for the babies. I want the families to feel special,” said Naomi. Their mom, Yekaterina, has been friends with Porter since they attended Columbia Union College (now Washington Adventist University) in Takoma Park.

The grief and pain are still immense, said Baker. “Watching my sister, who is a parent similar to any other parent, with all of the normal concerns, slowly figure out how to survive this loss and not just survive, but give her focus toward helping others in this situation, has been incredibly humbling to me,” she noted.

“We still have hard days,” Porter added. “It isn’t going to go away. We’re trying to move forward. Receiving the [hospital] blanket helped us [the day Breelyn Elizabeth died]. These blankets aren’t going to heal the poor children who are still going to die, but it could make a bad moment a little bit better. That is what we’re hoping for, is to help a little bit.”