UK: Church Rises From the Ashes 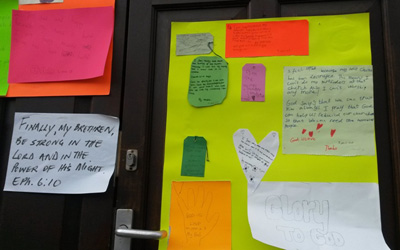 Members of Southend Seventh-day
Adventist Church in England gathered outside their fire-damaged church on Sabbath
morning, March 15, to hold a service of healing and hope. As it was planned to
be the beginning of the Youth Week of Prayer, their Pathfinder Drum Corps led
the service.

Neighbors and passers-by gathered to
watch the short service. The Pathfinders were thankful to God that their drums
had been saved from the fire.

As part of the Youth Week of Prayer,
the Pathfinders had planned to help cook for those who are homeless who come
for a meal at the church every Sunday. Instead, the Adventurers had spent some
time earlier in the day to write or draw something that reflected the feelings
they had about their destroyed church building.

“I feel sad, God loves,” wrote
four-year-old Chanae. “A church is only a building, but worship comes from the
heart,” 13-year-old Glory added. “I’m sad the church has burnt, but I’m happy
no one was burnt,” said six year old Tadala. These and many more thoughts and
feelings were transformed into posters and displayed on the walls of the ruined
building.

The hymn, “It Is Well With My
Soul,” was sung with teary eyes and choked voices as members encouraged each
other to go forward. Church pastor Trevor Thomas closed with a prayer, asking
God to give the congregation strength to take on the opportunities that arise
from tragedy.

Later, at Chalkwell Park Methodist
Church, the congregation’s temporary home, Adventists were joined in worship by
local community leaders. “The tragedy that falls on you, falls on our
community. We are willing to help you in however we can,” said Councillor
Collins.

British Union Conference (BUC) treasurer,
Victor Pilmoor, paid the congregation a surprise but much-appreciated visit. “After
we suffered a fire at the BUC, I can understand how you feel,” he said. Pilmoor
thanked local church and community leaders for their support, and the Chalkwell
Park Methodist Church in particular for its hospitality, observing that such
attitudes challenge Adventists to open their doors to other congregations in
need.

Instead of the usual readings at the
start of the Youth Week of Prayer, the youth decided to share the special
message of Charles Wesley Knight from the 2013 South England Conference camp meeting,
in which he shared poignant lessons about “going through the fire.”

“That was powerful and inspiring,”
said Jealous Bhebhe after watching the 31-minute clip on YouTube.

“We are going to discover opportunities
that God is presenting us through this tragedy. These will be exciting times
for us,” concluded first elder, Ike Nxumalo.

News
‘It Is My Dream that Our Church May Come to Value Art’
A Spanish artist shares her experience at Europe’s 2022 Adventist Youth Congress. 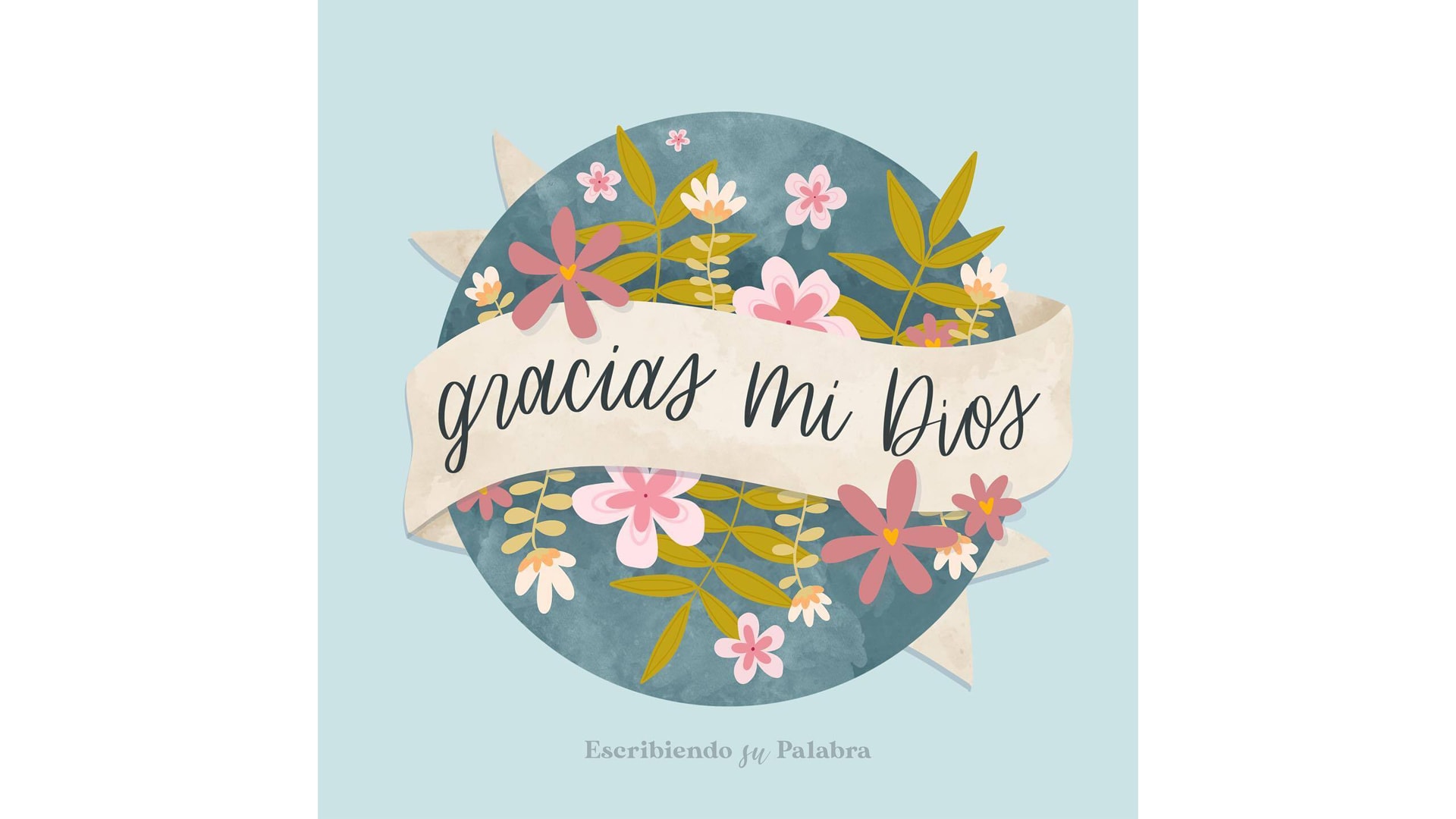 Commentary
What Churches Can Do to Support Blended Families 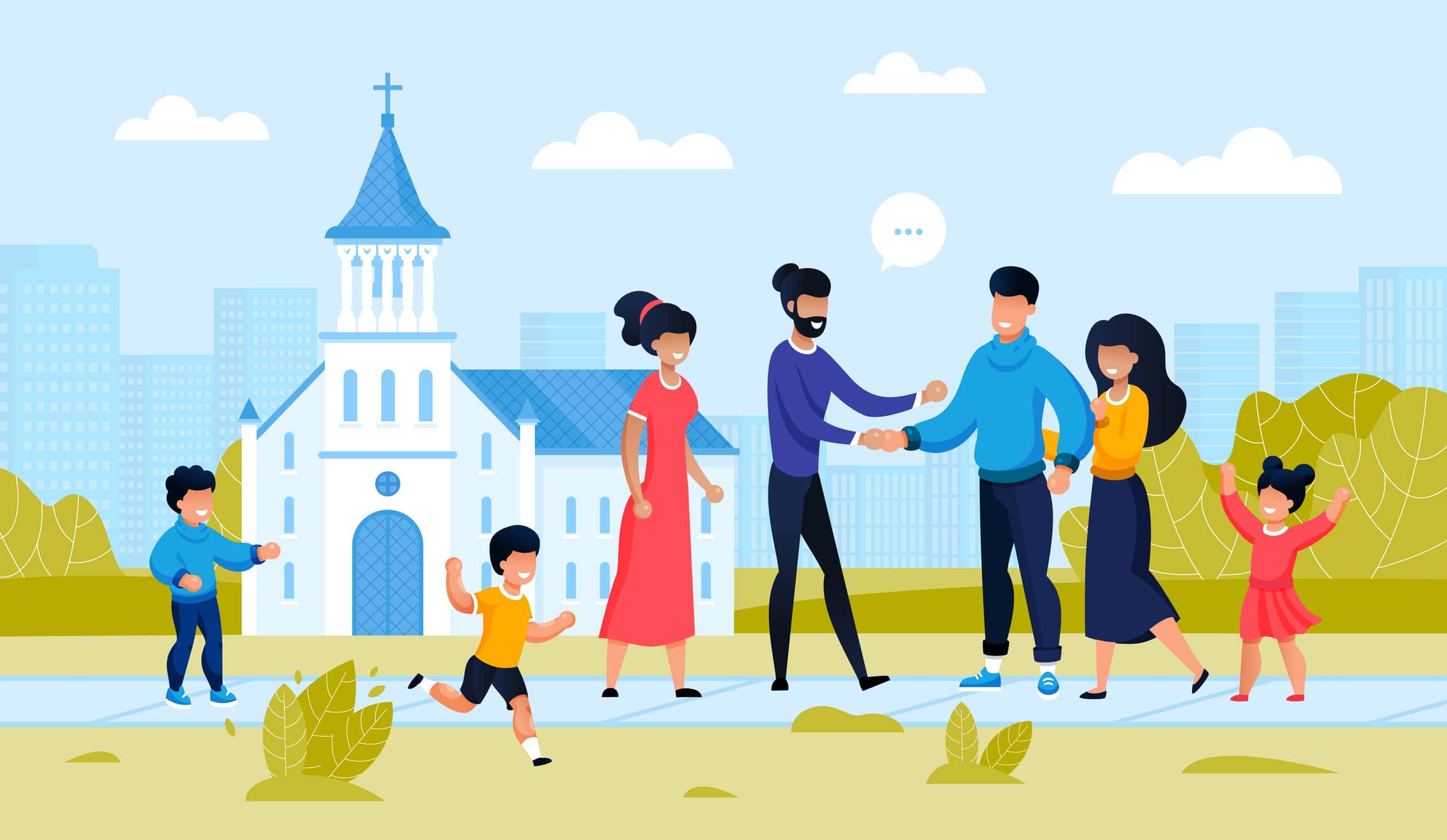