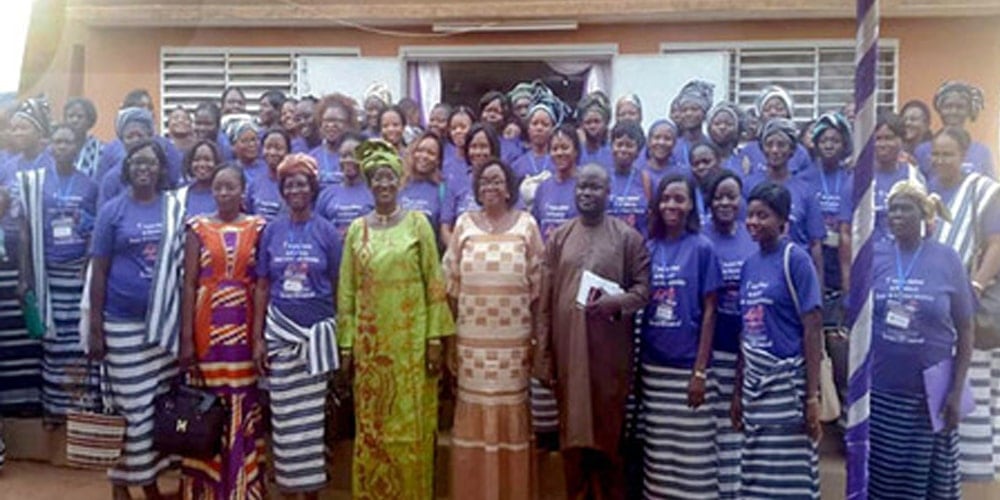 Seventh-day Adventist women in Burkina Faso organized their first National Congress in Ouagadougou, the capital city the country, in late December 2017, in preparation for other women ministries events later this year. The one-week event included the presence of Burkina Faso’s Minister of Women Affairs, National Solidarity and the Family Laure Zongo, who was named chairperson of the congress.

“We have had retreats, rallies, but time has really come for us as Adventist women to have our congress,”

The women’s event concluded with a parade on the streets of Pissy, a popular area of Ouagadougou. It is the first time a women’s gathering like this takes place in Burkina Faso. “We have had retreats, rallies, but time has really come for us as Adventist women to have our congress,” said Burkina Faso Mission Women Ministries director Abiba Thiombiano.

The theme of the meeting was, “Woman, Be Involved and Witness for Christ.” According to Thiombiano, it is a theme that went in line with the preparations for the current “Pentecost 2018,” a series of evangelistic initiatives taking place across the West Central Africa Division, a church region that includes Burkina Faso. Tabita Kra, director of Women Ministries of the Eastern Sahel Union Mission, and the administrators of the Burkina Mission, instructed the 57 participants on relevant issues related to the theme of the congress. The women attending the event came from all the districts of the Burkina Faso Mission church region.

In her address during the opening ceremony, Minister Zongo told attendees how much she admires Seventh-day Adventist women, due to what she called “their sober and caring behavior in the community.”

On several occasions, Adventist women have visited social centers where rejected women accused of witchcraft lived, excluded from their homes and their communities. Zongo also called on the Adventist women to pray for peace and security in the country, since Burkina Faso is one of the Sahel region countries where terrorism has increased in the last few years.

Before the closing of the congress, Kra encouraged women to register massively for the soon coming Eastern Sahel Union Mission (ESUM) women’s event planned for August 2018 in Ouagadougou, Burkina Faso. “During this congress, directors of the Division and the General Conference will be present”, she announced.