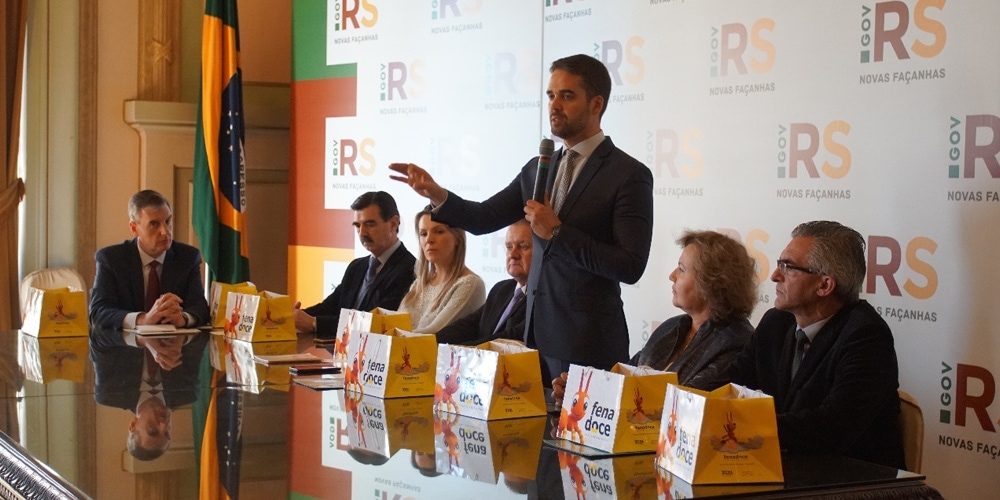 The governor of the Brazilian state of Rio Grande do Sul, Eduardo Leite, signed a bill creating a “Breaking the Silence Day” that now will be included in the state’s official annual calendar. The signing event took place at Piratini Palace, the seat of the state government, on September 4, 2019.

From now on, church leaders said, every fourth Saturday in August will be officially marked by actions promoted by the Seventh-day Adventist Church to combat domestic violence and sexual abuse.

Authored by Representative Eduardo Loureiro, the bill had been unanimously passed by Rio Grande do Sul Legislative Assembly in August, when it was sent to the governor’s office to be signed. The governor’s signature took place as part of an amicable meeting with leaders of the Adventist Church in that state. Leite praised the Adventist initiative and received a copy of the magazine that explains how the project works.

According to Loureiro, the governor’s signature shows that public officials and religious leaders in the state share a common interest in the state population’s welfare. Shocking data reveal that 69 percent of women have been a victim of domestic violence.

“We believe it is a topic that needs to get the society as a whole involved,” Loureiro said. “And we want to acknowledge this initiative pushed by the Adventist Church.”

Loureiro explained that the new law makes the initiative even more authoritative.

“We must underpin this cause, which is already a successful project,” Loureiro said. “And I think that after this recognition we will be able to expand this fight.”

The bill sanctioned by Leite is similar to existing legislation in the municipality of Santo Ângelo, in the northwest of the state. Other cities across Rio Grande do Sul had already acknowledged the value of the Adventist-driven project through similar local legislation.

What Is “Breaking the Silence”?

Breaking the Silence has been an Adventist world church initiative since 2002 that focuses on combating violence against women, children, and the elderly. It seeks to produce materials, support social work initiatives, and encourage the reporting of aggressors to relevant officials.

The program can be rolled out in Adventist churches and colleges throughout the year but has August as its busiest time. On the fourth Saturday each August, many church members skip their regular church duties to go out and participate in activities that emphasize the fight against domestic violence and abuse, and help people to break the cycle of violence, leaders said.

According to official government and church statistics, Rio Grande do Sul, Brazil’s southernmost state, has a population of 11.3 million and more than 60,000 Seventh-day Adventist baptized members.