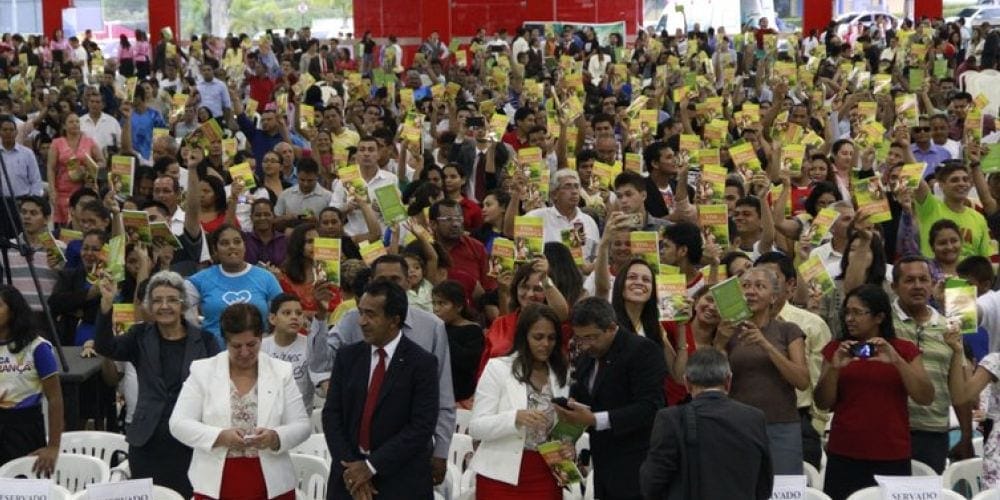 Brazilian designer Diego Arlinson has won state prizes for his work, but he was unable to collect them for many years.

The reason: He is a Seventh-day Adventist, and the prizes were awarded at Friday evening ceremonies.

Arlinson, like other Adventist believers, observes the Sabbath from sunset Friday to sunset Saturday.

“I decided in previous years that I would not go, so I sent a letter to the organizers explaining that I was not going for religious principles,” Arlinson told a religious liberty conference in Manaus, Brazil, last weekend.

Then to his surprise, the authorities abruptly changed the day for the most recent awards ceremony to Thursday.

“I won once again, and this time I was able to go and receive the prize without any problems with my beliefs,” he said.

Arlinson, who works for the Adventist Church in the states of Amazonas, Rondônia, Roraima, and Acre, told his story to 7,000 conference attendees as he highlighted the importance of respecting religious beliefs. The conference, held on Sabbath, May 23, was the third of its kind to be organized in Brazil since the Seventh-day Adventist Church began holding conferences to express gratitude to governments that protect religious liberty in 2009.

John Graz, secretary-general of the church-affiliated International Religious Liberty Association, whose South American chapter organized the conference, cautioned that religious liberty is often taken for granted, and he asked the audience to imagine life without the right to freely practice one’s faith.

“Without religious freedom, parents would not even have the right to raise their child in their own faith or beliefs,” Graz said.

Graz emphasized that religious liberty conferences have one purpose: to express gratitude for the basic human right to worship according to one’s conscience.

Since the first Religious Freedom Festival in Lima, Peru, some 25 rallies have been held in support of religious liberty in a number of countries, including the Dominican Republic, Brazil, Indonesia, and Mexico. The largest festival took place in Angola, attracting 45,000 people.