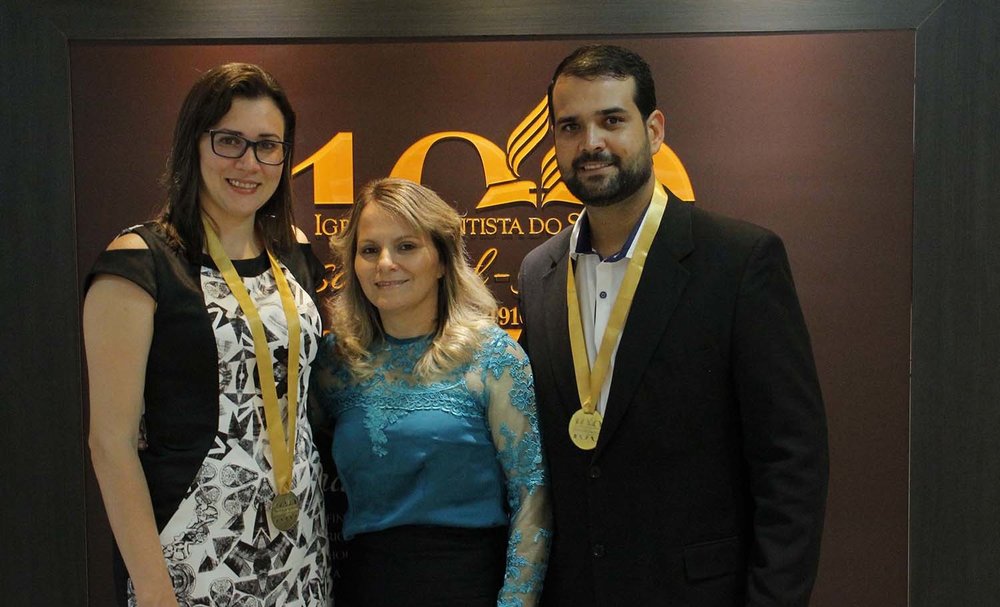 His wife, lawyer Gleyscler Belussi, resisted, afraid that the programs on other channels would have a bad influence on their children.

After much discussion the couple in Comodoro, a city near the border with Bolivia in western Brazil, agreed to subscribe to a cable television package that unbeknownst to them included the Seventh-day Adventist Church’s Portuguese channel, Novo Tempo.

The decision would change their lives, the couple said as they were baptized last weekend in the capital, Brasilia, during celebrations of the 100th anniversary of the establishment of the Adventist Church’s South America. Their story was among the highlights of the division’s quinquennial council to elect local leaders and consider mission plans for the next five years.

Belussi was flipping through the channels on the new cable television package when she stopped briefly on 14, Novo Tempo’s channel. She was not impressed.

“The program that was being broadcast was called ‘Anjos de Esperança’ [Angels of Hope],” she said. “I thought it was just one more church asking for money, and soon I changed to another channel.”

Belussi had attended a Christian church for 30 years, but she had lost interest over time. She said no one in church had nurtured her spiritual growth.

But she couldn’t get Novo Tempo out of her mind. She knew the channels from many other denominations but had never seen that channel before. She decided to take another look. When she turned on the channel, she saw another program, “Arena do Futuro” (Arena of the Future), hosted by pastor Luís Gonçalves.

“I saw that the topic was prophecy, but was disappointed to learn that it was from the Seventh-day Adventist Church,” she said.

Belussi had grown up believing that the Adventist Church was a cult. But the content of the program impressed her.

So she began watching the channel and learning more about the Bible. She remembered that a long-time friend, teacher Ivonete Piovezan, was a Seventh-day Adventist who gave Bible studies.

“She looked me up and said that she wanted me to teach her,” said Piovezan, who had started offering Bible studies to friends 18 months earlier.

Belussi’s husband later joined her in studying the Bible. The couple was baptized on the afternoon of Sabbath, Nov. 7, as Piovezan joined more than 120 church administrators from the eight countries of the South American Division in witnessing the event.

Long before Novo Tempo and even the invention of the television, the first Adventist missionaries arrived on the South American continent in the late 19th century with a message of Jesus’ return.

The first Adventist convert in South America, Reinhardt Hetze, first learned about the Adventist Church in Europe but did not accept its teachings. But in January 1890, he befriended Jorge Riffel, an Adventist who told him about his faith, in Argentina. After studying the Bible together on a Friday, Hetze kept the Sabbath the next day and participated in the continent’s first Sabbath School class in Riffel’s home. Later, he would become a founding member of the first Adventist church, established in Crespo, Argentina, in 1894.

Hetze’s great-granddaughter, Gretel Fontana, told the centennial program on Sabbath that she was sure that God, through her great-grandfather and his family, guided many people to the gospel.

“They were the first to convert their neighbors,” said Fontana, a translator who works in the division’s Secretariat department, responsible for keeping church membership records. She grew up listening to stories about her pioneer relatives. “I like to see how the church has grown and become organized over the years.” 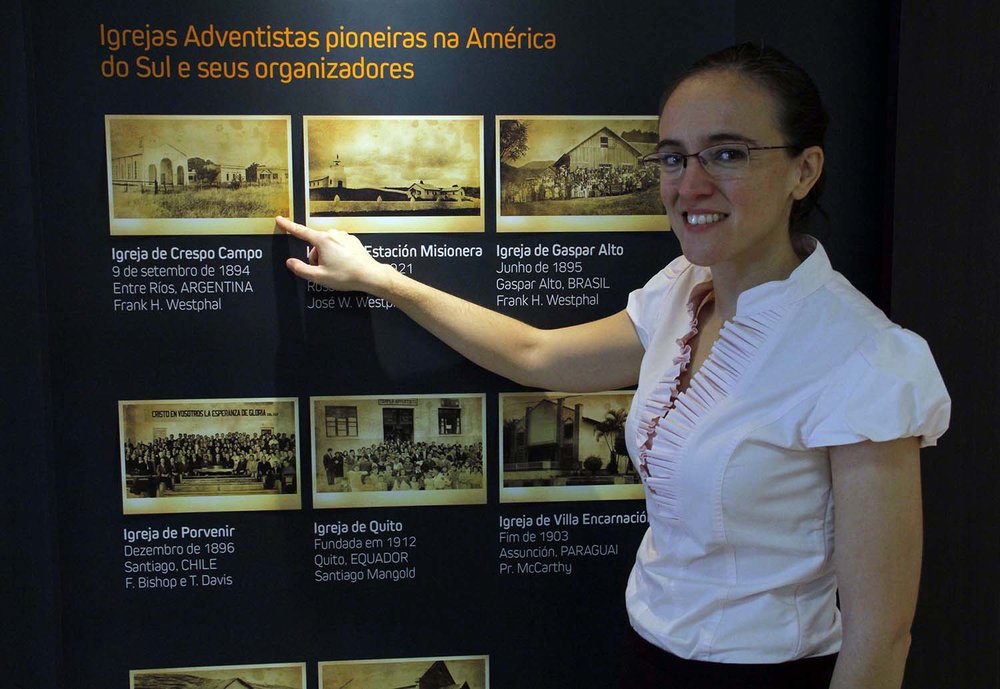 The South American Division was organized on Feb. 6, 1916, during a meeting in La Plata, Argentina. At that time, nearly 5,000 Seventh-day Adventists lived in the division’s eight countries. Today, the division has more than 2.2 million members.

“Over these 100 years, the church has grown at a rate that is 10 times faster than the population,” he said. “This is not normal. The normal would have been for us to reflect the average growth rate of the population in our area.”

The division’s first headquarters were opened in Argentina. Economic and political turmoil prompted the division to move to Uruguay in 1951, and similar challenges led it to move to its current location in Brasilia, the then-recently inaugurated capital of Brazil, in 1976.

João Wolff, who served at division president from 1980 to 1995, said the church grew drastically over those years thanks to the evangelistic efforts of thousands of church members, including division leaders.

“Today I am so glad to see how God has been leading His church toward the fulfillment of this mission,” he said.

Division leaders presented reports on the activities of each church department over the past 100 years. After each report was given on Nov. 6 and 7, at least one person was baptized. The couple who watched Novo Tempo were among those baptized. 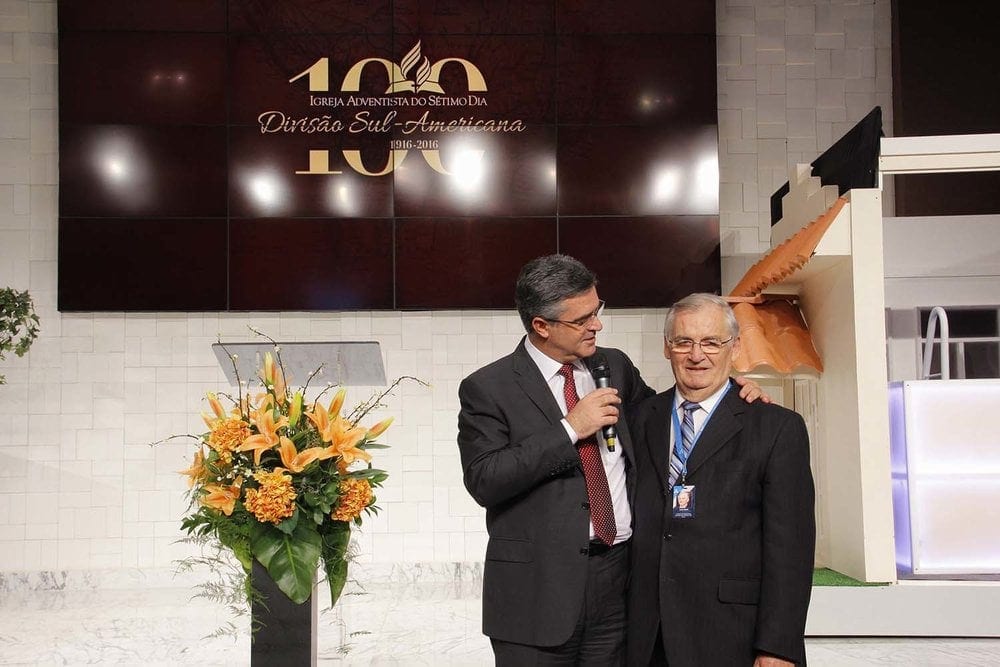 Ted N.C. Wilson, president of the Adventist world church, who attended the event, noted that South America was now sending its own missionaries — 25 families and counting — to the rest of the world.

“It’s been fascinating to see how the South American Division, with its great energy and focus on mission, has now gone beyond its borders and is now sending trained, committed missionaries around the world,” he said.

Wilson praised local church members for their personal commitment to share the Adventist message with others. One of the Adventist world church’s main thrusts for the next five years is to encourage such sharing under an initiative called Total Member Involvement.

“I praise God for the way He is using these members, not just in a big way but in small ways, to touch the hearts of neighbors, of friends, and of relatives and tell them that Jesus has done something for them,” Wilson said.

Although Belussi was only baptized last Sabbath, she is already actively telling people about the Advent hope that she has discovered. Along with three friends, including teacher Piovezan, she is studying the Bible with eight families.

“I was so excited with everything that I learned that I wanted everyone to know,” she said. 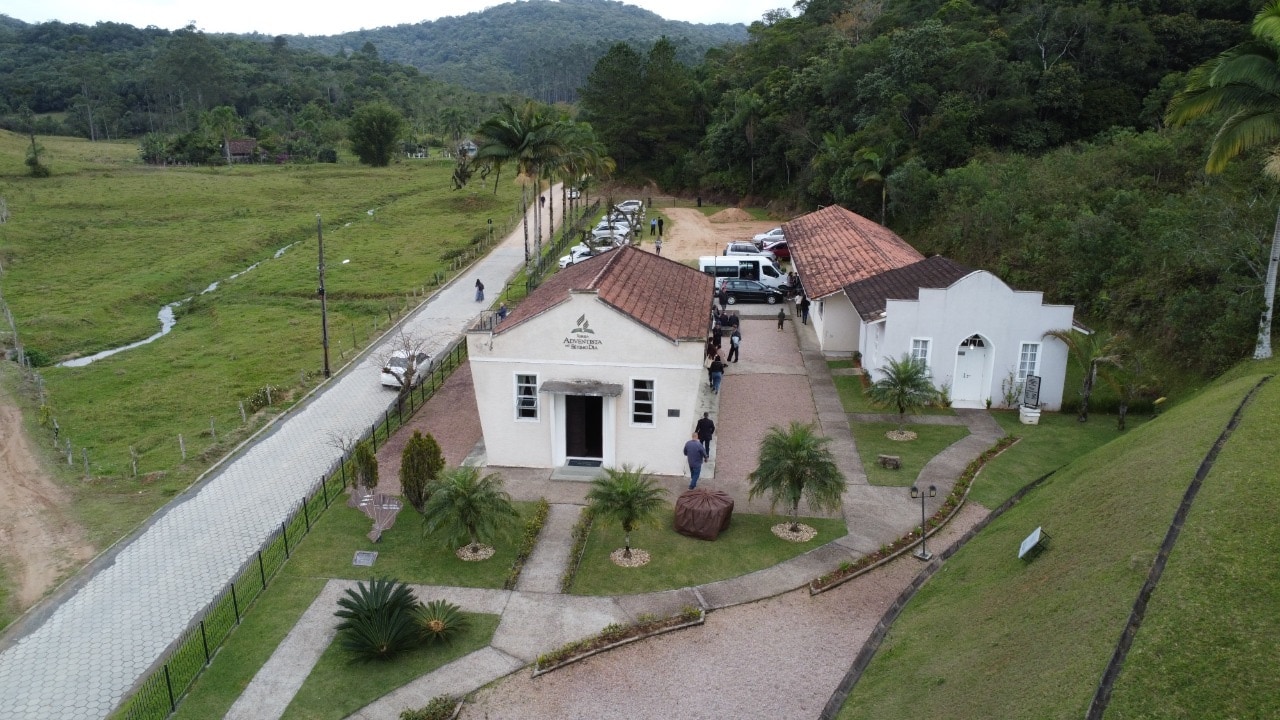