Brazilian Adventists Give Roses to Prostitutes 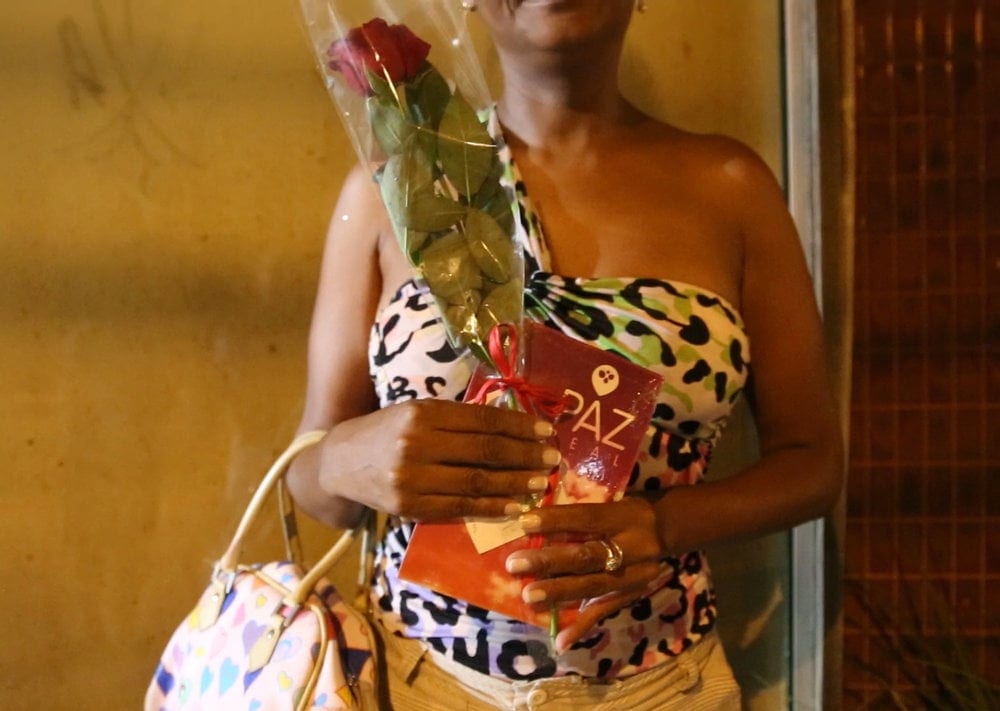 As many countries around the world celebrated International Women’s Day last weekend, Seventh-day Adventists in a Brazilian city presented prostitutes with red roses.

A group from the Carapina Grande Adventist Church hit the sidewalk in the southeast coastal city of Serra at 9 p.m. Saturday, the eve of the March 8 holiday, and spent four hours passing out flowers and DVDs to the surprised and delighted young women.

Many of the nine women who received the gifts exclaimed, “You remembered me!” and two prayed with Adventists on the street, said pastor Célio Barcellos, who organized the outing.

The gesture aimed to show respect to the women and to let them know that Jesus doesn’t judge by outward appearances, Barcellos said.

"We don’t know their lives, but we can imagine the struggles and suffering that they have gone through,” he said. “So the church showed that we value them as women, as people. We brought hope without looking at appearances.”

"I've lived this bad life,” she said. “The only way out is to accept the gospel and receive hope. I am returning to them what I received and what saved my life.”

Each rose came with a card with a handwritten message of hope, a contact e-mail address, and the address of the local Adventist church. The DVD, “Paz Real,” or “Real Peace,” contained a presentation of simple biblical truths about miracles, faith, suffering, and death by evangelist Ranieri Sales.

The idea to approach the prostitutes grew out of a concern among church members that efforts to share their love for Jesus were not bypassing some segments of the population in this city of 410,000.

"The goal is to follow the ministry of Jesus Christ, who spent time with those who were excluded,” said Diego Correa dos Santos, a psychology student. “Now we are taking a message of care and love to a most diverse group of people.”