Book Marks Next Chapter for The One Project 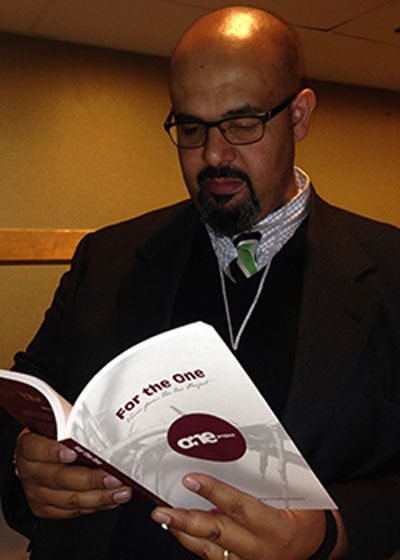 “This
book allows a much wider community to engage in the conversations we are having
at our gatherings,” explains Pastor Japhet De Oliveira, co-chair of The One
Project and a church pastor from Boulder, Colorado. “The more people talking
about the centrality of Jesus in their lives, the stronger our faith will be.”

“Reading
books together from different experiences helps connect dots we would not
imagine possible,” he says. “In reading the manuscripts for this book, there
were thoughts and expressions that I missed when I listened, that the written
word allows me to engage in again. I also love to underline, mark and react in
the space around the text, having deeper conversations with the authors.”

Gatherings of The One Project, which
“celebrates the centrality of Jesus in the Seventh-day Adventist Church,” have
taken place in the past two years in Australia and gatherings are planned for
Sydney (July 19–20), Perth (July 26–27) and Auckland (November 8–9) this year.
“Our partnership with the Australian Seventh-day Adventist Church as a whole
has been really encouraging,” says Pastor De Oliveira. “I believe the
Australian gatherings, support and voices have made a significant contribution
to the development of The One Project—and it was simply an honor to work with
the church’s publishing house in Australia.”

The leadership of The One Project
invited Brown to edit the book, which led to publication by Signs Publishing.
“I believe this is an important book and a contribution to one of the best
conversations happening in the Adventist church today,” says Brown. “It is great
for us to be able to share this as part of The One Project gatherings around
the world this year, as well as making it available through our usual
distributors.”

Pastor De Oliveira is also proud of the
book that has grown out of The One Project. “Even though each of the chapters
is unique, the common thread lifts Jesus up so eloquently that it inspires me
to learn more about Jesus,” he says.