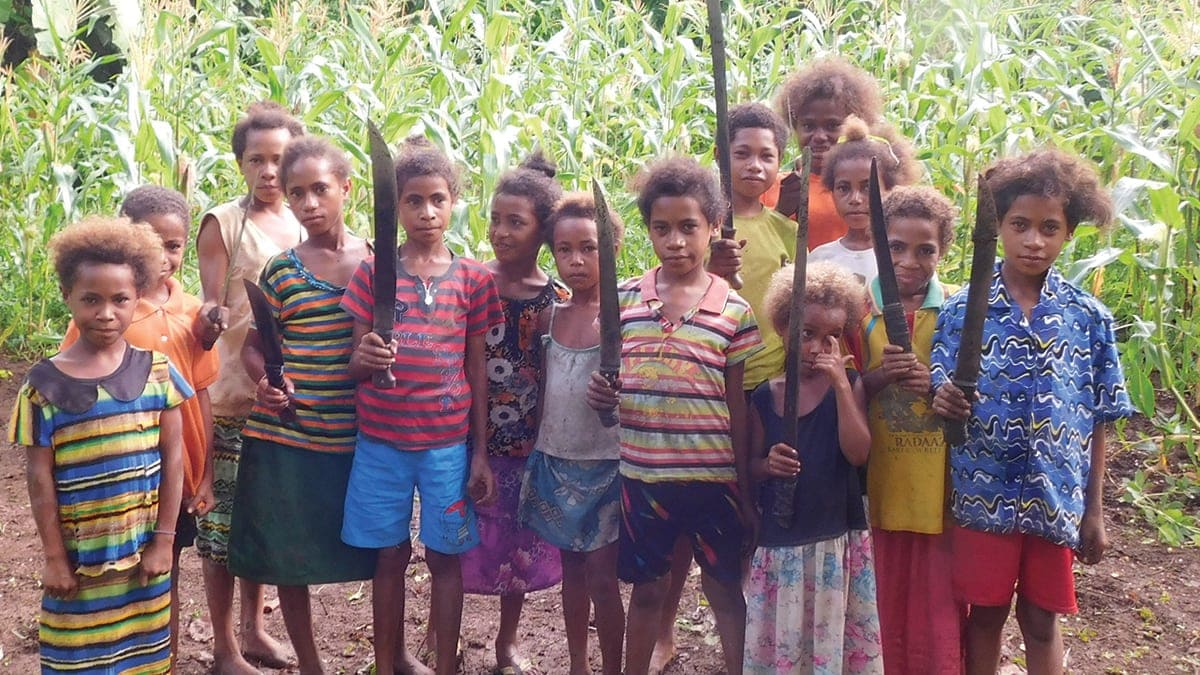 Since 2016, more than 800 shoe boxes have been filled with Bibles, songbooks, study guides, stationery, toys, shoes, dresses and other items needed for a child’s spiritual growth.

Known as Shine Boxes, they are filled with love and compassion by children worshipping at Adventist churches in the capital city of Port Moresby for their friends who live in remote villages where it’s difficult to access these types of faith-building supplies. Children in the city decorate the shoe boxes in colorful wrapping paper and stickers before filling them up with the items.

Shine Boxes are part of the SHINE (Serve Him In Everything) Project, an initiative of the Conference’s Children’s Ministries Department. Launched in 2014, the project teaches children to serve God through giving.

Conference’s Children’s Ministries director Ruthy Batu is passionate about seeing children develop an attitude of mission and service and says that the SHINE project is a realization of her dreams.

“I want children to start learning how to care for others. They will learn to do service for God through giving,” she said.

This year, the recipients of the Shine Boxes and their leaders wanted to experience the blessing of generosity for themselves. Taking the initiative, they decided to help their friends in the city via their rural skills; planting vegetable gardens and catching fish for a feeding program in Port Moresby. Food was distributed in safe houses that take care of children and women escaping violence and abuse. Some food was also donated to families of students studying theology at Pacific Adventist University, a church-managed institution in PNG.

On the evening of June 4, children, with help from older folk, took to the streets of Port Moresby city with food packs to feed the homeless. Blankets, towels and water bottles were also given out that night. They found and fed the needy at bus stops and drains. Another group visited the Port Moresby General Hospital where they gave food to sick children and their guardians.

Batu is thankful to God for allowing the children and their parents to reach out to others.

“I was overwhelmed to see what SHINE is all about: Serve Him In Everything. People have grasped the idea. They are empowered to do it. We did this project on a bigger scale. We got families involved, and now they can do it on their own,” she said.

Batu was also thankful for the local church leaders’ involvement.

“Elders and pastors were involved this year, and I am thankful that they are now able to organize their local churches. We want to ensure all local churches are involved in the program in future,” she said.