Some of Australia’s most hardened prisoners are undergoing miraculous transformations as a result of the dedication and love of a small team working out of the Adventist Media offices in Wahroonga, Australia.

It’s an extraordinary story — one that’s taking place in a number of Australian jails where prisoners are serving time for murder, rape and other violent crimes.

Inside the prison walls, men and women are finding God through Bible correspondence courses made available by Hope Channel’s Discovery team. A similar ministry is changing lives in New Zealand jails.

Discovery coordinator Sharon Martin said the courses are having a huge impact on people who have often given up any hope for the future.

“All the time prisoners write to us and say, ‘This is the best thing I have ever done’ and ‘I have given my life to Jesus,’” Martin said. “Some of them have asked for baptism. We don’t know how long they are in there for, so we encourage them to keep studying and keep praying.”

Some prisoners are so keen to share their new-found faith they encourage fellow inmates to do the courses.

“One inmate was running a church service based on Adventist beliefs each week. Around 200 to 250 men would go to it,” Martin said. “That is how it spreads — in person as well as word of mouth and when other people can see the change in them.”

At one point the ministry hit a hurdle when authorities at a women’s prison banned the courses, labeling them “propaganda.” However, things changed when a new educational officer working with the chaplaincy department was posted there. He is not an Adventist but has supported the ministry at a number of jails across Australia.

“Two weeks after starting at the prison, he came back to us and said, ‘I have 27 women for you who want to sign up,’” Martin said.

Some prisoners are guarded about their past. Others are keen to get things off their chest.

“It’s actually a beautiful thing that they feel they can trust us with their whole life story,” Martin said. “Some go into their past in great depth and it can be horrific but also incredibly sad. You find that the people who have been abusive or cruel have often had similar things happen to them in their childhood.”

More than anything they are overjoyed to be making a fresh start.

“They think it’s such an amazing thing that God can forgive all of their sins and wipe their slate clean and come out a totally new person, despite what they have done in the first place,” Martin said.

She continued: “It’s a huge ministry. We are never going to know this side of heaven how many lives we have made an impact on through simple correspondence lessons. Perhaps many of them will not get baptized or go to church but hopefully it will make a big impact on their life so it will look a whole lot different to what it was like previously.

“That is why we are here: to show the love of God and show that God really cares about them and just to make a difference in their lives.” 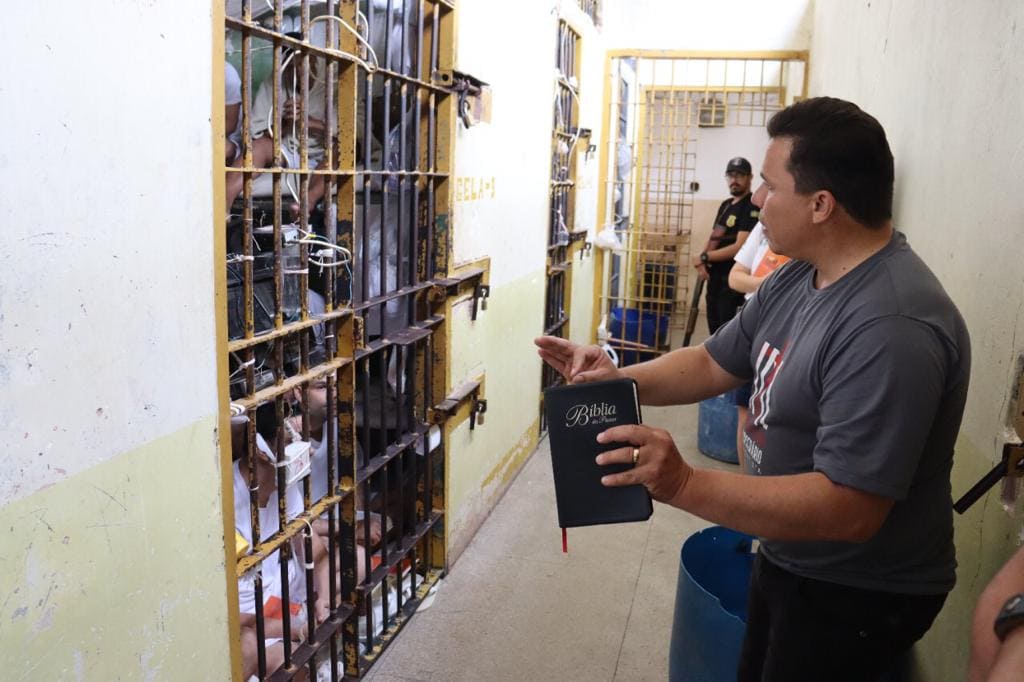