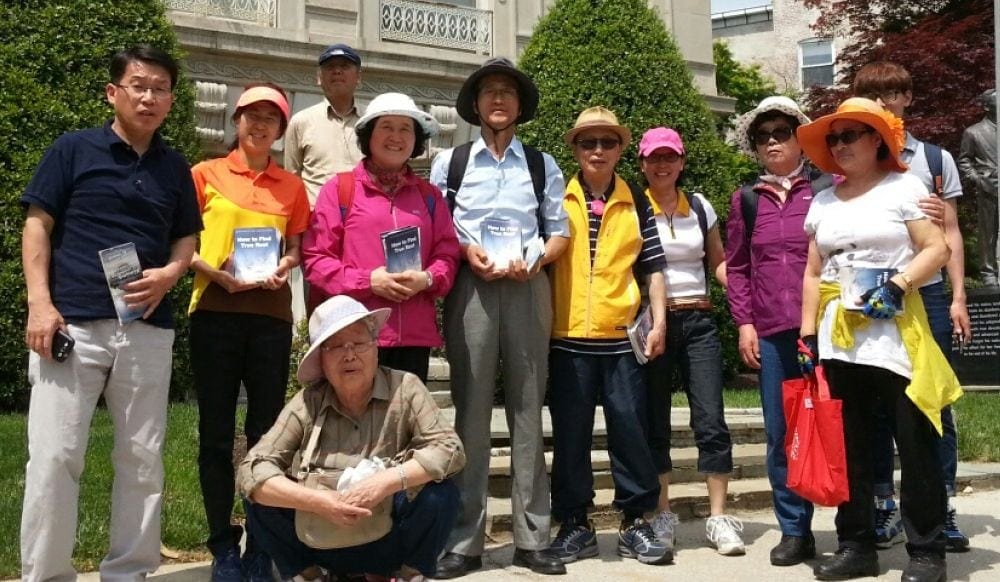 The number of baptisms in St. Maarten has more than doubled this year to nearly 200 compared to 85 for all of 2014.

“This has been a real banner year in our conference,” said Henry Peters, Sabbath school and personal ministries director for North Caribbean Conference, which oversees the Seventh-day Adventist Church in St. Maarten, a 34-square mile (87-square-kilometer) Caribbean island about 300 kilometers east of Puerto Rico that is divided between France and the Netherlands. “This is an outstanding achievement.”

He attributed the jump in baptisms to the united efforts of laypeople and five pastors on the island, adding that church members have been more intentional in reaching out to their communities, the Inter-American Division said in a statement.

Some 800 Adventists gathered in Cole Bay, St. Maarten, for an annual lay evangelism rally where they celebrated the increase in baptisms and carried out a street march to share their love for Jesus.

The Adventist Church in St. Maarten has more than 2,000 members worshiping in seven churches.

A Korean church in the U.S. state of Maryland has sparked a Sabbath movement that now reaches all the way to South Korea.

The Maryland Central Korean Church located in the city of Gaithersburg started “The Return to the Bible Movement,” a mission project to spread the Sabbath message to local Protestant clergy, in late 2011, the Columbia Union Visitor reported.

The project began when pastor Namyong Kim and Jaeog Kom, an elder, met and started working with Sung-ho Han, a pastor from a local Holiness Church. Han was already studying the Sabbath and determined to spread the truth to other Protestant pastors.

In January 2012, Han placed advertisements in two local Korean newspapers that declared that worshiping on Sunday was not biblical. A number of Protestant pastors, elders, and believers contacted the church for more information, and the project quickly spread to other U.S. states. Thirty pastors have now contacted Kim for Bible study materials.

In April 2012, Hangjin Jo Cho, an Adventist elder in South Korea, heard about the project and started advertising in the country’s major newspapers.

“Many Protestant ministers soon responded and several have already accepted the Sabbath,” the Visitor said. “More than 150 Protestant pastors in the U.S. and South Korea are now actively studying the Bible.” 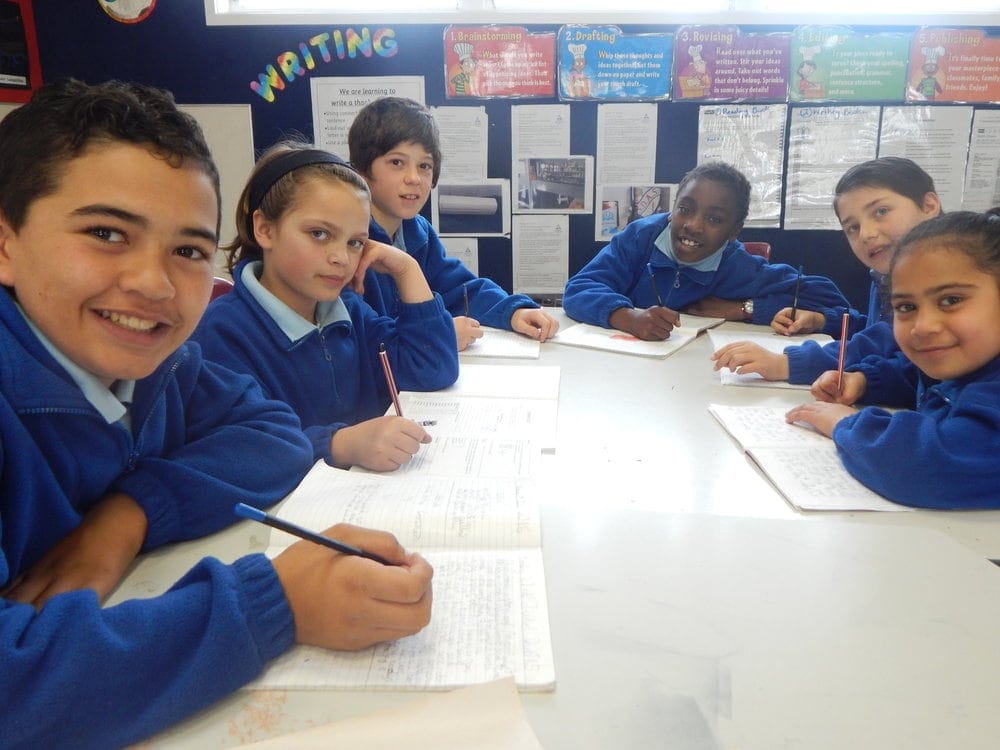 A Seventh-day Adventist school’s innovative approach to teaching and learning in New Zealand could result in big changes for the rest of the country’s small schools, the South Pacific Adventist Record reported.

The Rotorua Adventist School recently adopted an open-plan layout for its classrooms, meaning its 35 students from grades one through eight now collaborate together at open tables instead of individual desks.

The complete refurbishment also includes the installation of solar light panels and other modern learning features.

Principal Lanea Strickland told the Rotorua Daily Post newspaper that the new classroom setup allows students to be “more fluid depending on their academic capabilities rather than their class level.”

“Having the children sit together at tables rather than desks encourages conversation and teamwork,” she said.

The school is already noticing huge improvements in the students’ behavior, social interactions and willingness to learn.

Research material is limited on collaborative learning for schools with small enrollments and, if the strategy continues to prove successful, Strickland believes it could be used as an example for other schools in the country.

Adventist Risk Management, a Seventh-day Adventist Church-owned organization that provides insurance and other solutions for minimizing risks within the church, is transitioning its Seven Campaign that focused on preventing child abuse to the “enditnow” program led by the church’s women’s ministries department.

The move will enhance the resources provided by the enditnow program and expand its focus to children in distress, Adventist Risk Management said in a statement.

The transition is to be completed this fall.

“This is a meaningful contribution to our mission to protect women and children around the world from abuse and neglect,” said Heather-Dawn Small, director of women’s ministries for the Adventist world church. “It is a natural progression in our journey to reach not only women in trouble but their children as well.”

Adventist Risk Management said it felt that enditnow would be a better platform to share preventive resources globally. Enditnow is a well-known and established initiative that has called attention to the plight of women around the world who suffer in silence against physical and emotional abuse.

“We’ve seen that enditnow has impacted the lives of many women, and we want this important focus to expand to children who are in danger,” said Bob Kyte, president of Adventist Risk Management. 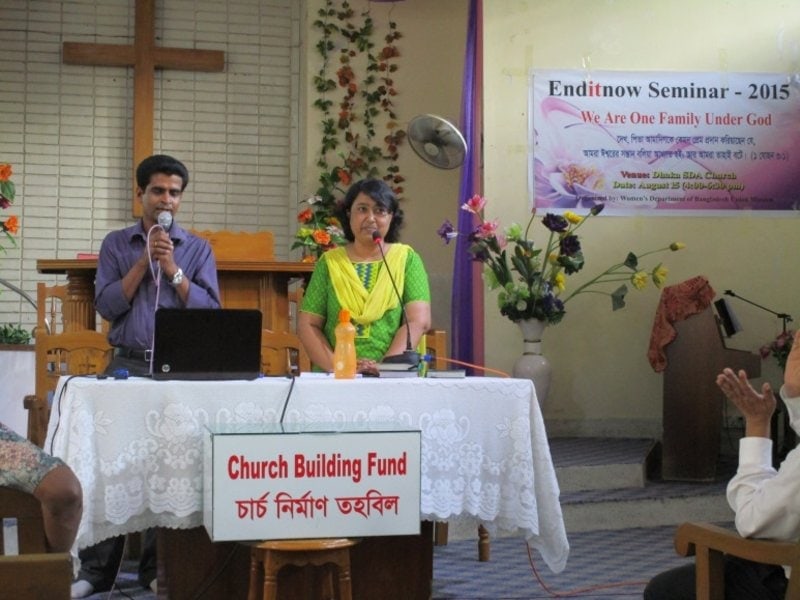 Adventists have responded to national concerns about domestic violence in Bangladesh by offering a one-day seminar in Dhaka, the country’s capital.

Leaders from the Bangladesh Adventist Union Mission and the Dhaka Seventh-day Adventist Church teamed up to provide the enditnow seminar to about 300 people, Adventist News Network reported.

“Violence should not be part of the home as we are one family under God,” said Mahuya Roy, women’s ministries director for the union mission, said during the seminar. “Instead, we must love each other and help each other as God loves us so much.”

An estimated 87 percent of women in Bangladesh have experienced domestic violence, according to the latest Bangladeshi government statistics.

More than 28,000 Adventists worship in 121 churches in Bangladesh. In addition, the Adventist Church operates a dental clinic, 158 elementary schools, nine secondary schools, and one college in the South Asian country bordering India. 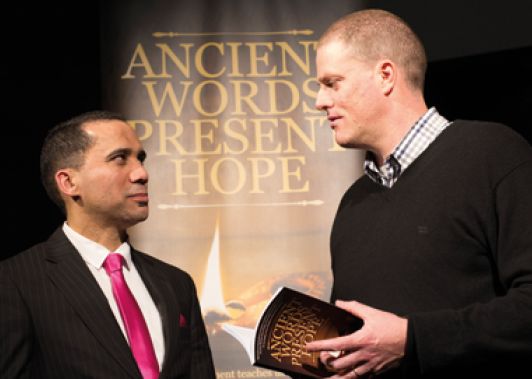 Panelists discussing Ancient Words, Present Hope, the new book by Avondale Seminary head Kayle de Waal, noted during a symposium at the seminary in Cooranbong, Australia, that Revelation begins and ends with references to Jesus.

They were responding to a question from moderator Nathan Brown, who asked, “If Revelation is so complicated that you need a PhD in biblical studies or ancient languages to understand it, is it that important?”

Wendy Jackson, a colleague of de Waal, answered yes. Even from a surface reading, she argued, Revelation offers hope and focus.

“There’s a lot of chaos and confusion, but the Lamb is always there, and the Lamb overcomes,” she said.

Brown, book editor at Signs Publishing, which published the book, praised the volume, saying it was exciting to observe “a passionate scholar at work and to look over his shoulder to share in his discoveries.” 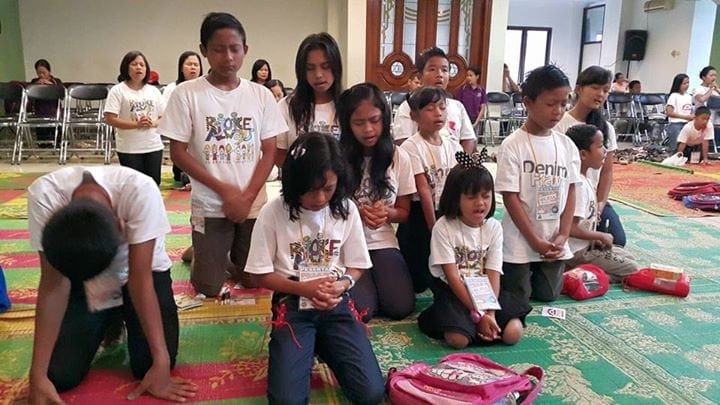 With the theme of “Christ Loves Children of Different Nations,” participants aged 2 to 14 spent the day in age-appropriate activities, seminars, and breakout sessions, the Southern Asia-Pacific Division said in an e-mailed statement.

The younger children enjoyed more active programming, while the older ones participated in life skills preparation such as lectures on health and sexual purity, as well as cooking and gardening classes.

“I like to see children maintain a connection with God even without the presence of their mothers or fathers,” said Nelly Sihotang, who initiated the annual event in 2013 and serves as children's ministries director for the West Indonesia Union Mission. 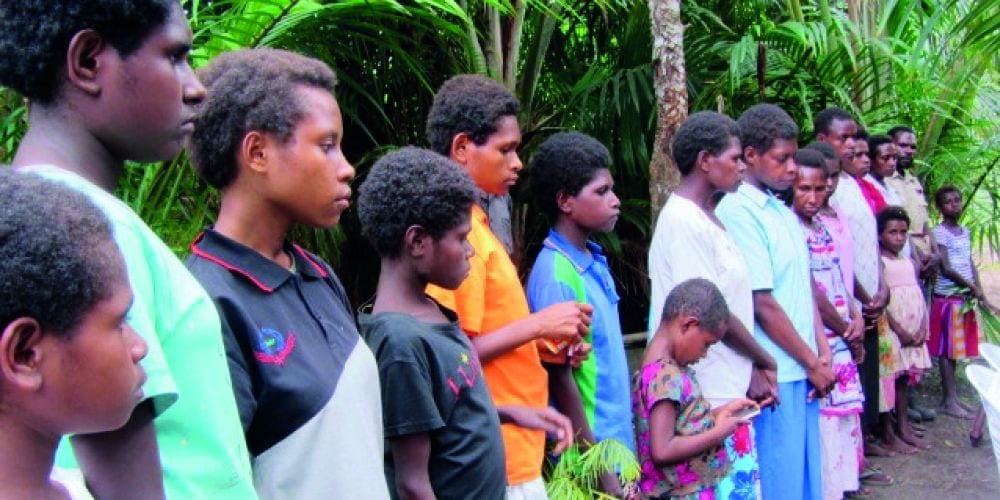 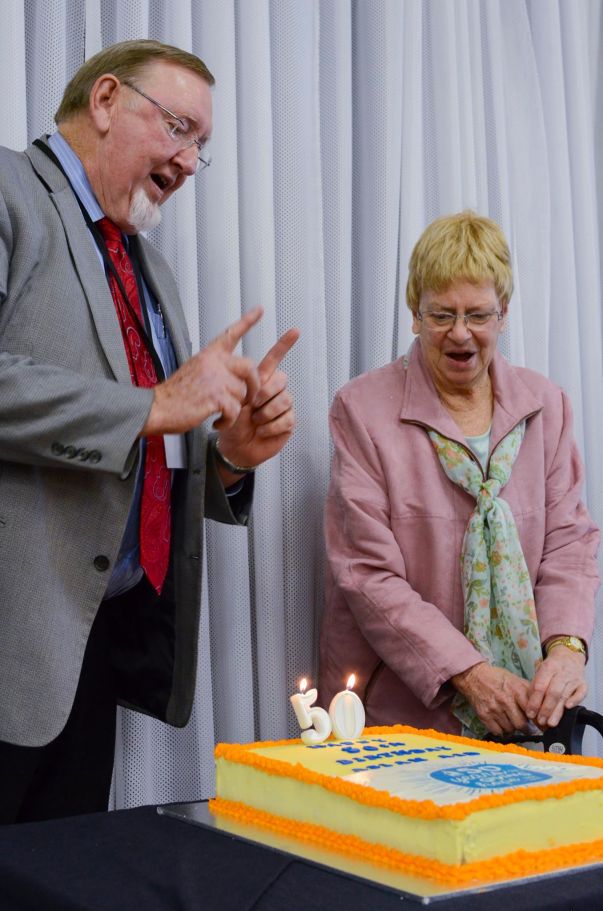 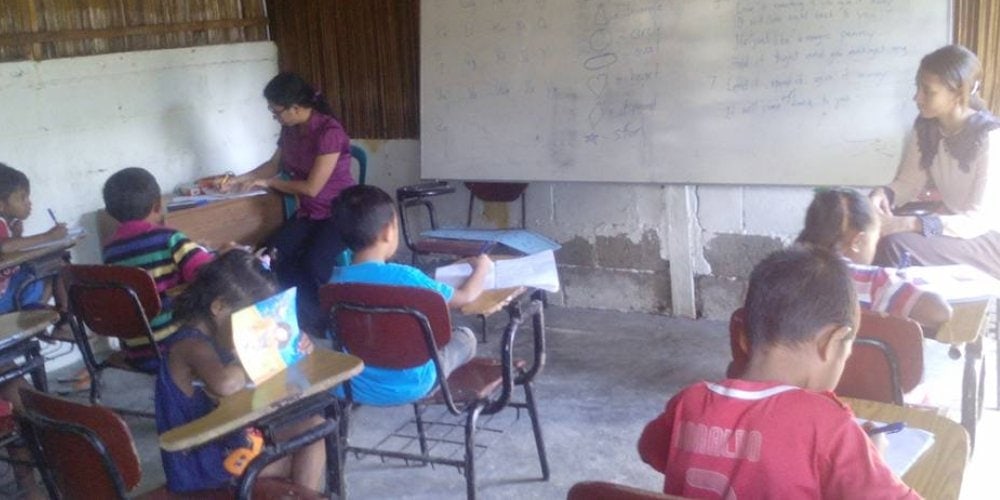