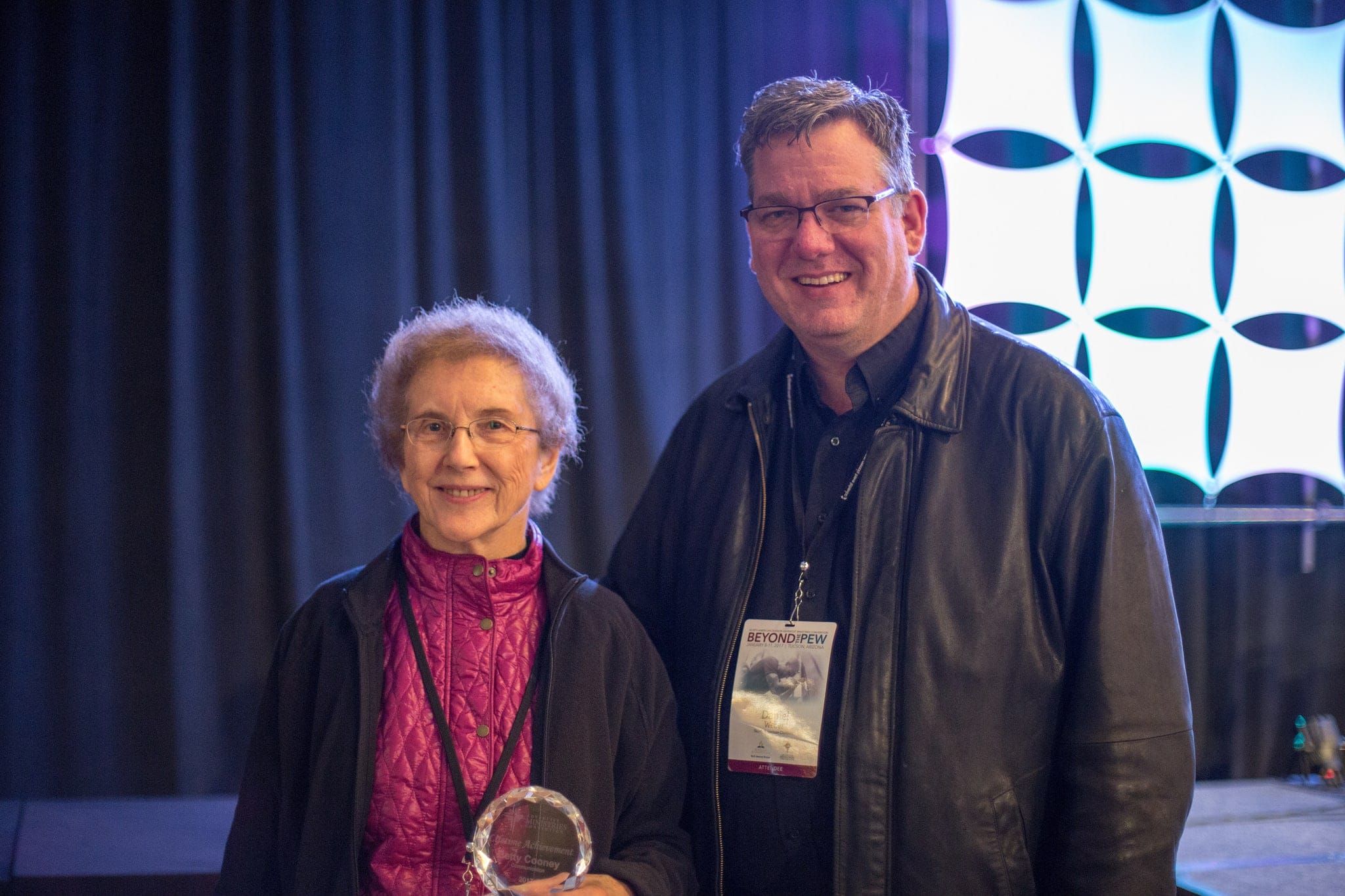 Two veteran Seventh-day Adventist Church communicators were recognized recently for their work in sharing the church’s message of hope and healing in their spheres of influence. Betty Cooney of the Southern California Conference and Steve Vistaunet of the North Pacific Union were honored at the recent Adventist Ministries Convention.

Cooney received the 2017 AMC Lifetime Achievement Ministry Award. Since 2000, Cooney has been serving as the communication director, health-projects coordinator, and the Southern California Conference representative for ASI. While in New York, she served as communication director of the Greater New York Conference of Seventh-day Adventists. Cooney represented the Adventist church on the Electronic Media Committee of the National Council of Churches and on Religion in American Life and was a member of the Religion Communicators Council. From 1997-1998, she served as associate director and communication director for the NET ’98 Bible satellite series, broadcast worldwide in 40 languages and, in 1999, as satellite coordinator for a similar series, broadcast internationally from New York City.

Cooney has a married son, daughter-in-law, and two grandchildren living in the Los Angeles area; and a daughter, son-in-law, and granddaughter living in Seattle, Washington. She has served in communication/public relations for the Seventh-day Adventist church for more than 30 years.

Vistaunet and his team have successfully maintained and exceeded the communication standards for unions across the North American Division, including the transition from print to digital media, that seamlessly integrates both traditional and new media formats. Dan Weber, director of the NAD Office of Communication said, "The material they produce is concise, clean, and effective across all platforms. They have set a standard that all church communicators should strive to achieve."