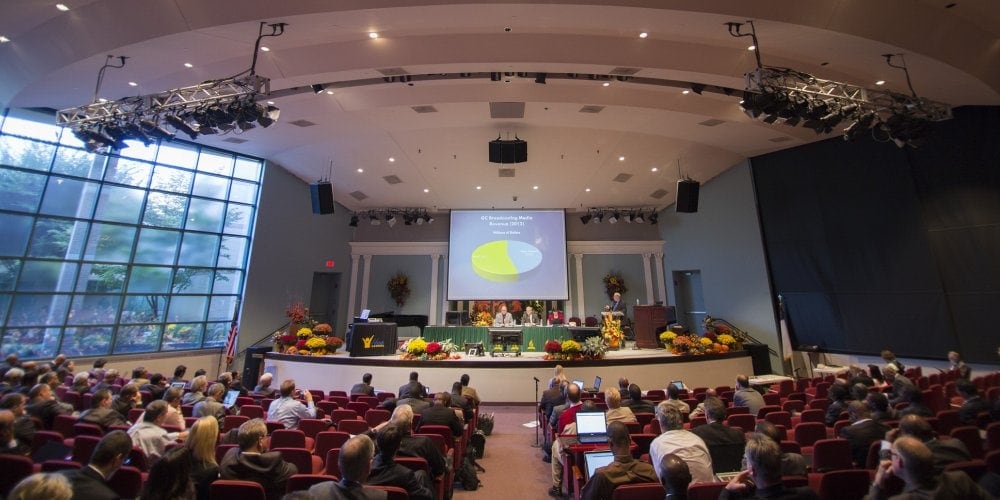 The election of a last group of Seventh-day Adventist Church leaders to five-year terms is expected to dominate the weeklong Annual Council, which opens Wednesday evening and is the church’s first major business meeting since the General Conference Session in San Antonio last summer.

The Annual Council, an Oct. 7-14 gathering of several hundred church leaders and lay delegates from around the world in the Adventist Church’s headquarters in Silver Spring, Maryland, starts with a two-day LEAD conference that will focus on sharing the gospel across various cultures.

On Sabbath, Adventist Church president Ted N.C. Wilson will preach a sermon that serves as his annual world pastoral address. All the Sabbath services with be broadcast live on the Hope Channel.

After that, church leaders will attend four days of business sessions that form the core of the Annual Council.

But the main item of business will be the selection of the last group of church leaders by a nominating committee on Sunday and Monday and their subsequent election by Annual Council delegates, said Myron Iseminger, undersecretary of the Adventist world church and a main organizer of the Annual Council.

“Probably the most unique aspect about this Annual Council is the required elections that are supposed to take place,” Iseminger told the Adventist Review.

Normally the nominating committee considers one or two positions at most during the fall meeting, but this time the list of positions covers two pages, he said.

As time ran short at the General Conference Session last July, the nominating committee received approval from delegates to defer those elections to the Annual Council.

The other elections involve positions that are usually decided at the first Annual Council following a General Conference Session. They include the leadership of the Office of Archives, Statistics, and Research; the Biblical Research Institute; the Adult Bible Study Guide; Adventist Review Ministries; and a new office, the Encyclopedia of Seventh-day Adventists, an Internet-centered encyclopedia that will replace the bound Seventh-day Adventist Encyclopedia, first published in 1966.

The LEAD conference, titled “God’s Mosaic of Culture” and organized by the Adventist Church’s Institute of World Mission, opens on Wednesday evening in the main auditorium of the world church’s headquarters with a keynote address by Artur Stele, general vice president of the Adventist world church and director of the Biblical Research Institute.

The evening program and the rest of the LEAD conference will seek to raise the “cultural intelligence” of church leaders through a series of presentations and small group activities, said Cheryl Doss, director of the Institute of World Mission.

“Two days of meetings with such a large group can only give a taste of cross-cultural training,” Doss said. “We just hope to raise awareness of some of the cultural issues involved in building community in an increasingly culturally diverse church in order to share Christ in a very culturally diverse world.”

For the Friday evening worship program, attendees will take buses to the Takoma Park Adventist church, where Annual Council delegates met for decades when the world church was based in Takoma Park. The evening outing coincides with the city of Takoma Park’s celebration of its 125th anniversary this year.

Church leaders will regroup in the Silver Spring auditorium on Sabbath for the sermon by Wilson.

The Ministerial Association, which is overseeing the Friday evening and Sabbath program, is focusing its message on evangelism and witnessing.

The business sessions start Sunday morning with the annual secretary’s report by G.T. Ng, executive secretary of the Adventist world church, followed by constituency meetings for Adventist World Radio, ADRA, Hope Channel, and other church-run organizations. Constituency meetings will be held throughout next week as various boards elect their officers.

The nominating committee meets for the first time over a two-hour lunch on Sunday and will report back to delegates in the afternoon. The committee will meet again during lunch on Monday.

Also on Monday, Juan Rafael Prestol-Puesán, treasurer for the Adventist world church, will give the annual treasurer’s report.

The rest of Annual Council is filled with reports from church entities such as the Faith and Science Council, Andrews University, Adventist Risk Management, and the Education Department.

Church leaders, many who were newly elected in San Antonio, will be reminded about the world church’s strategic vision and its Mission to the City initiative on Tuesday.

Wednesday morning has been set aside for any unfinished business.

Delegates also will be elected to a number of committees and subcommittees, including the International Board of Education, the Accrediting Association of Seventh-day Adventist Schools, Colleges, and Universities, and the International Health and Temperance Association’s executive council.

“Our church functions on committees,” Iseminger said. “Everything revolves around committees.”

He said that he views committees as a good thing, and that the re-evaluation of their work and election of members every five years helps make them effective. He said one committee had a pre-Annual Council meeting a few days ago and voted not to reappoint one of its subcommittees after realizing that its activities significantly overlapped with those of other committees.
“This chance to evaluate committees’ work makes sure that they are fulfilling their purposes and don’t outlive their usefulness,” he said.

Iseminger noted that a prayer team of half a dozen people is leading out in prayer for the Annual Council and invited church members worldwide to join them.

“While committees are important, they are only significant if they help us fulfill the mission of the church,” Iseminger said. “Please join the prayer team in lifting up our church leaders in prayer and that the decisions they make will advance the spread of the gospel around the world.”