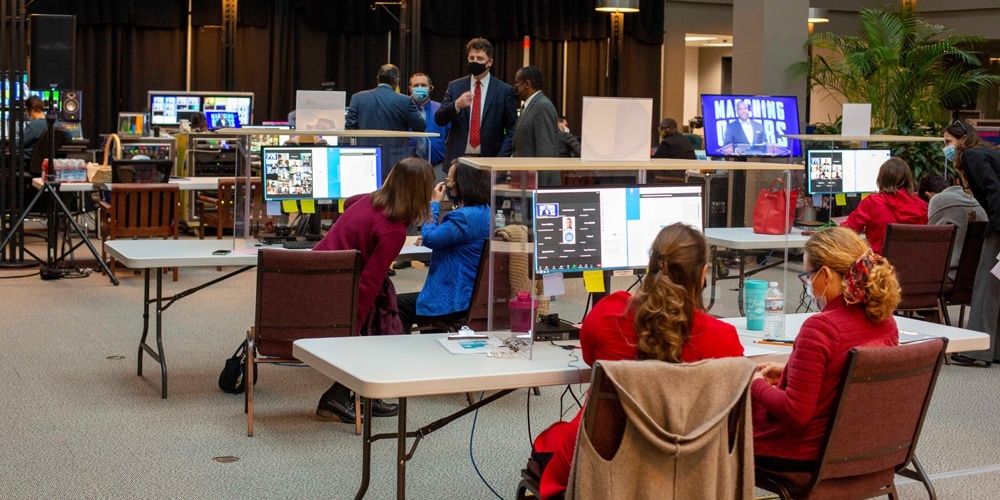 From October 7 to 13, 2021, around 340 General Conference Executive Committee (GCEXCOM) members met for a week of presentations and to discuss and vote on reports and initiatives of the world church and its departments. The meetings, known as the Annual Council of the Seventh-day Adventist Church, are different this year, mainly because of the pandemic-related travel restrictions and other logistical challenges.

The meetings took place in a hybrid format, with only some GCEXCOM members attending in person at the Adventist Church headquarters in Silver Spring, Maryland, United States. Most of the members attended the sessions and discussed and voted on issues via Zoom.

“Our technical team has done a tremendous work,” GC president Ted N. C. Wilson told leaders and other church members following the public proceedings. “This has only been possible thanks to the strong support of our technical team.”

Wilson specifically mentioned what he called “an amazing array of screens,” which allows the chair of a particular session to see the faces of the hundreds of members connecting through Zoom simultaneously. “It helps us to feel that we are part of the same family,” he said.

A synchronous display across more than a dozen times zones and in five languages demanded major technical conversations and trial runs with various actors, weeks before the beginning of the meetings on October 7, leaders said. This included pitching the idea to the company that allowed for a very complex conference call. “When we approached Zoom, they told us it was the first time they would attempt something like that,” associate secretary Hensley Mooroven told GCEXCOM members. Given those and other challenges, leaders said they were happy to report that everything proceeded without a single glitch.

Scores of people worked behind the scenes to make the meetings a success, leaders said. They set up equipment and cables and made many technical adjustments to ensure every member was able to participate in the meetings.

The meetings are held in English. For years they have been translated to Spanish, French, Portuguese and Russian, however, to help those committee members who do not know English understand and participate. Simultaneous interpreters — two per language — work in eight different interpretations booths, Roger Esteves, who helps coordinate the service, said. In the past, interpreters, who usually work in 30-minute shifts, used to have just four translation booths, one for each language except English. This year, however, another four booths were added so interpreters can switch seamlessly while following the social distancing and disinfection protocols.

In the hall of the GC building outside the main auditorium, Millie Castillo coordinated five virtual Zoom rooms or stations — one for each language included. “These stations facilitate and help members and special guests to access and follow the proceedings in the language of their choice,” she said.

Castillo shared that when members and invitees log in, they can opt for one of the Zoom rooms. According to her, the English Zoom Room has 172 members who are not onsite and follow the proceedings online in that language. “The Spanish room has 30 members, and there are 25 members in the French room, 15 in the Portuguese room, and 12 in the Russian room.”

She explained that when members raise their hands to comment, they are added to a queue on a screen available to the chair of a particular session. Once the chair acknowledges the member, he or she can start talking while all of the others are muted. Everyone else, be it at the GC headquarters or around the world, can hear the member speak, either in English or in any of the other four languages.

Castillo also explained how the chair and other members know who is speaking. “When we place the name of the member in the queue, that acts as a badge,” she shared, “so as soon as they speak, the name and the region or entity the member is representing appears on the screen.”

Leaders believe this hybrid format could serve as a model for other church meetings in the future. “By now, it is clear that it works,” they said. “We thank God and our technical support team for it.” 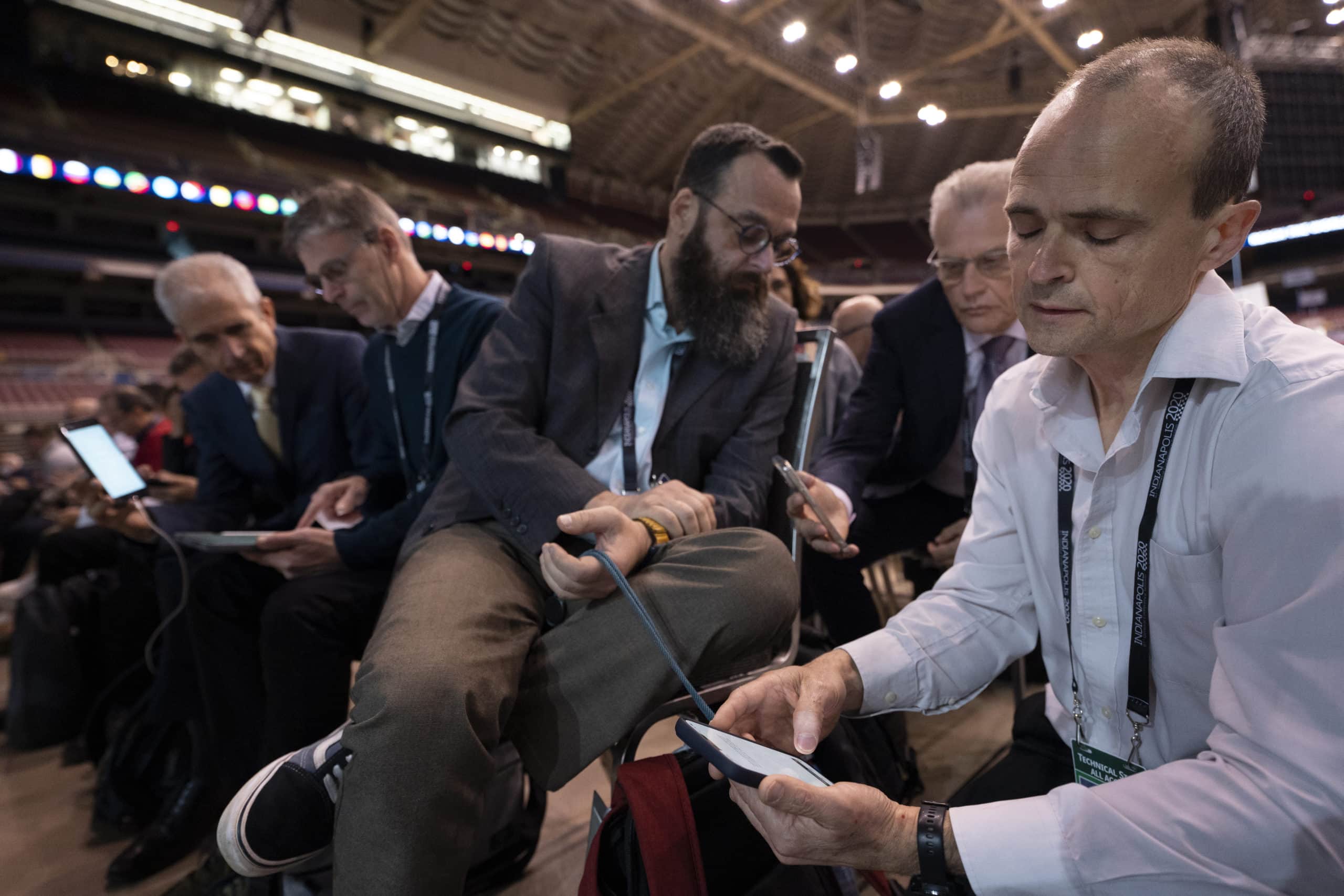