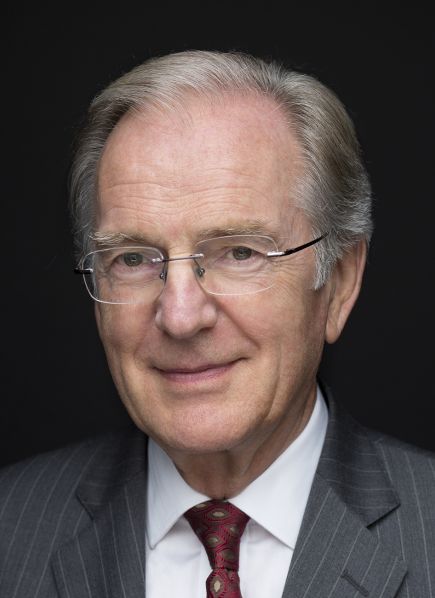 Niels-Erik Andreasen, who announced plans to retire after a record 22 years as president of Andrews University, will leave some big shoes to fill, friends and colleagues said Friday.

Andreasen is credited with bringing stability and growth to the flagship Seventh-day Adventist university in Berrien Springs, Michigan. He also oversaw major improvements to buildings and infrastructure, including the opening of the Howard Performing Arts Center and a state-of-the-art dairy, and the expansion of the Seventh-day Adventist Theological Seminary, where he serves as a professor of Old Testament studies.

“He has been an excellent statesman and ambassador between Andrews University and the community, both the local community and the world community,” said Benjamin D. Schoun, chair of the university’s board of trustees and chair of the search committee that will seek the next president.

“This has led to two significant outcomes,” Schoun told the Adventist Review. “It has promoted Andrews to a much greater degree to be a global institution serving students around the world both in the church and in the secular sector. Secondly, he has developed positive relationships with many benefactors whose gifts made it possible to upgrade or add a number of buildings that have enhanced the programs of the school.”

Other colleagues spoke with pride about a refurbishment of the university’s cafeteria and student center and the installation of a new campus entrance.

“But buildings, of course, are only as good as the spirit of the people that inhabits and animates them,” said Nicholas Miller, professor of church history at the seminary. “I appreciate the biblical vision of service and leadership that he has brought with him from his years as a theologian and biblical scholar who leads with spiritual priorities.”

Andreasen announced on Thursday during his annual state-of-the-university address that he would retire when his contract ends on June 30, 2016.

“During Andreasen’s tenure, Andrews University grew to a global institution of more than 7,000 students studying around the world, with more than 3,400 studying on its Berrien Springs campus,” the university said in a statement.

Andreasen’s retirement opens the way to the latest leadership shuffle at an Adventist institution of higher education. Southern Adventist University is searching for a new president after Gordon Bietz announced in April that he would retire in May 2016 after nearly two decades at the helm of the school in Collegedale, Tennessee.

Kenneth L. Shaw just completed his first academic year as president of Keene, Texas-based Southwestern Adventist University, which he joined after serving as dean of the Panama City campus of Florida State University.

The search process to replace Andreasen began immediately, and the search committee will meet for the first time in September, the university said.

The committee, chaired by Schoun, will seek to identify and interview candidates by early 2016 and make a final recommendation of two candidates to the university’s board of trustees in March. The board will select the new president the same day and, several hours later, a quinquennial constituency membership meeting of Andrews University will elect a new board of trustees for its next five-year term. The new board will officially elect the new president at its first meeting in June 2016.

Schoun said the key objective of the search committee would be “to find a woman or a man who will be able to effectively address the contemporary issues faced by schools of higher education in general and Andrews in particular.”

“This will involve the increases and decreases of enrollment with the consequent financial challenges as well as the social issues of our time,” Schoun said in the interview.

“We will be looking for a person who is committed to Andrews as a Seventh-day Adventist institution, who will uphold the values and purposes of the world church,” he said.

He said an academician was needed who could work with accrediting bodies and maintain the university’s high standards. At the same time, he said, the candidate would need to be able to communicate convincingly with a wide variety of groups both on campus and among the constituencies. 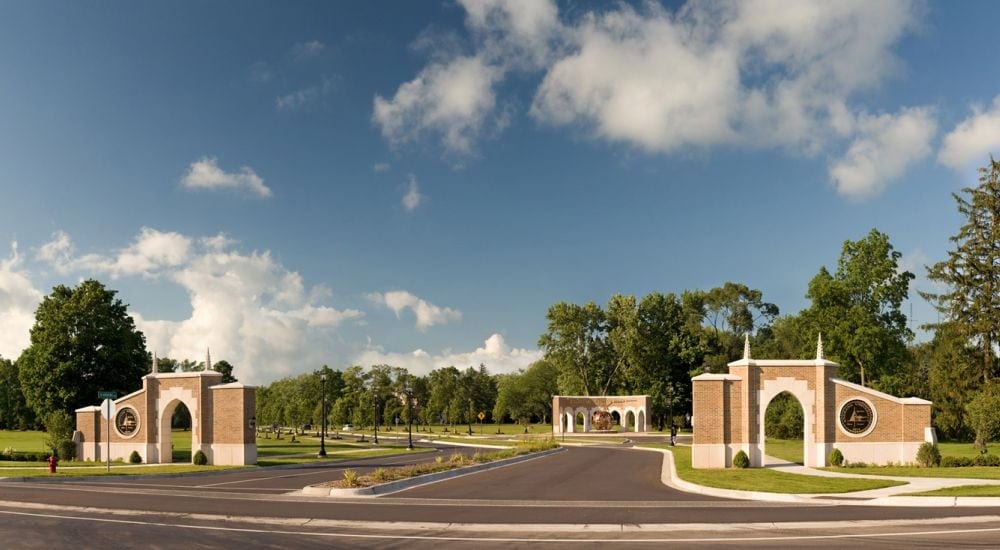 A Legacy of Respect and Stability

Andreasen, born in Fredensborg, Denmark, has taught and held leadership positions at Adventist colleges and universities for nearly half a century. He is married to Demetra Lougani, a retired medical social worker from Athens, Greece, and they have a son, Michael, who is vice president for advancement at the University of Oregon.

Andreasen, said Miller, the professor, “was a good master of ceremonies at whatever event he was representing the school at, truly a father figure for the campus, who brought a distinguished presence that never took himself too seriously. His charming Greek wife saw to that.”

“This we will never forget,” he said.

“His administration is defined by stability,” she said.

Jerry Moon, chair of the church history department at the seminary, recalled that Andrews was mired in a budget crisis with growing indebtedness when Andreasen arrived in 1994.

He said Andreasen returned the school to financial stability through spiritual and inspirational leadership, administrative reorganization, increasing enrollment, several years of austerity, and a major emphasis on growing endowments and bequests.

“He did it without sacrificing academic quality, drastically cutting faculty, or putting off needed improvements to buildings and infrastructure,” Moon said. “He is a man of faith, prayer, vision, and extraordinary leadership.”

He said the search committee faced a tough task finding a new president.

“Replacing him with someone younger, but equally gifted, will be a big order to fill,” Moon said. “Let’s all pray that God will lead the Andrews University board to the person whom God has prepared ‘for such a time as this.’”