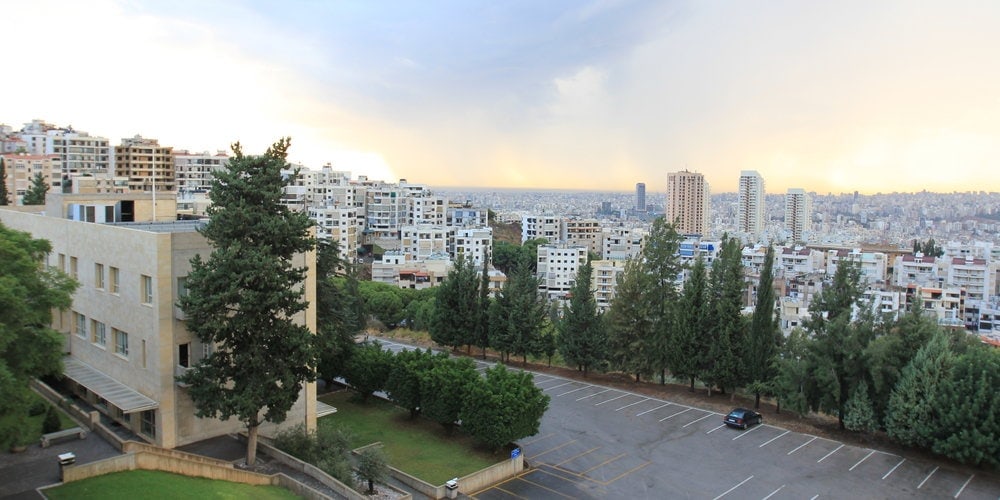 Farid was determined to find a way to leave his restrictive homeland in North Africa and start a new life in France.

But the young Muslim had a change of heart after he embraced Jesus as Savior and joined the Seventh-day Adventist Church.

He decided to stay at home to share his newfound hope.

“I have a heart for Jesus in my country. I cannot leave,” Farid said in an interview.

Farid is among a group of Adventist students learning how to effectively communicate their faith to Muslims at Middle East University, the only Adventist Church-owned university in the Middle East and North Africa.

Middle East University specializes in outreach to Muslims and other Arabs in the Middle East and North Africa, a challenge that is not limited to the region as professionals and refugees move to Europe and North America.

“How to approach the Arab mind is not a local challenge,” said Daniel Nae, a theology professor from Romania. “Our mission goes beyond this part of the world.”

While some students represent neighboring countries such as Egypt and Syria, others come from as far afield as Asia and North America to get hands-on experience in Lebanon, a country at the center of the Arab world.

“Most of the world sees us as the mission field, but I see us as the mission center,” said Kathie Lichtenwalter, who works in the Arab outreach program for the Adventist Church’s Middle East and North Africa Union. “We know what the world needs and can train people to go out.”

The Adventist Review interviewed four students during a visit to the campus, perched on a hill overlooking the gray high-rises in Beirut, Lebanon, and the blue Mediterranean Sea. The names of the students have been changed for their safety as they prepare to work in a region that is largely closed to Christianity.

Farid first heard about the gospel in 2012 from a cousin, and the two began to attend a Sunday-keeping church together. Through one of the church’s members, he met an Adventist pastor and accepted the pastor’s invitation to visit his church 200 kilometers (125 miles) away. Despite the distance, Farid returned Sabbath after Sabbath, eventually getting baptized and becoming a local church leader.

“Before I became a Christian, my dream was to move to Europe, especially to France, where I have three brothers,” Farid said. “But after I met Jesus, I thought, ‘How can I move over there?’

With financial support from the Adventist Church, Farid enrolled at Middle East University to gain the tools needed to work at home. His wife, also a former Muslim, is studying at the university, too.

Farid still has a couple years before graduation, but he showed an eagerness to return to North Africa.

“We cannot improve the world without making disciples,” he said. “We may die or move to another country, then who will care for the local church?”

Born into a Christian Orthodox family in the Middle East, Salim attended church almost daily until the age of 16, often assisting the priests in their duties. He was working as a successful nightclub DJ in an Arabian Gulf country when he fell in love and married a woman from an Adventist family.

His life abruptly began to change when his father-in-law mailed him a DVD set of prophecy seminars by an Adventist evangelist. Salim placed the gift aside on a shelf but couldn’t get them out of his mind. He felt ashamed talking with his father-in-law by Skype without having watched the DVDs, so he finally popped in the first disc. What he heard surprised him.

“I was really amazed,” Salim said. “Everything the evangelist said was from the Bible. And what amazed me most was that I had never heard these things during the 16 years that I was in the Orthodox Church. I had never heard about the prophecies of Daniel and Revelation, the true meaning of baptism, the Sabbath, or the Second Coming.”

Salim watched presentation after presentation in one sitting. Then he announced to his wife and father-in-law: “This is the truth. This is from the Bible. I accept it. What do I do next?”

After completing Bible studies, Salim was baptized and became active in his local Adventist church. But he wanted to do more. So at the encouragement of church leaders, he enrolled at Middle East University.

He wants to share Jesus with Muslims and Christians alike.

“The image of Christianity in this part of the world is so distorted,” he said, noting that some religious leaders wear costly garments and charge large sums to conduct weddings and funerals in the Middle East.

In addition, he said, people have strong misconceptions of God. While some people in the West question the existence of God in the face of suffering and death, many Christians in the Middle East say suffering and death are God’s will.

“I want to help people become true followers of the true Jesus Christ,” he said.

A similar desire drives David, who quit his job as an assistant to a wealthy Arab sheikh to attend Middle East University. David, a third-generation Adventist from Asia, lived a comfortable life with a large private mansion and luxury vehicles for more than a decade, but something wasn’t right, he said. He didn’t have peace.

“Getting into ministry was always at the back of my mind,” he said.

After praying with his wife and consulting with Adventist leaders, he decided to give up everything and start a new life as a pastor. It was a difficult decision, but David said he and his wife believe that God quickly affirmed that they had made the right one. He and his wife had been praying for years to have a child. Weeks after leaving their home for the university in Lebanon, his wife learned that she was pregnant — with twins.

“I had a dream that I told my wife before we left our home,” David said. “I told her that I dreamed we would walk out of Lebanon holding the hands of two children.”

David doesn’t know where he will live after graduation, but he is willing to stay in the Middle East.

“We have no doubt that God has led us this far,” he said. 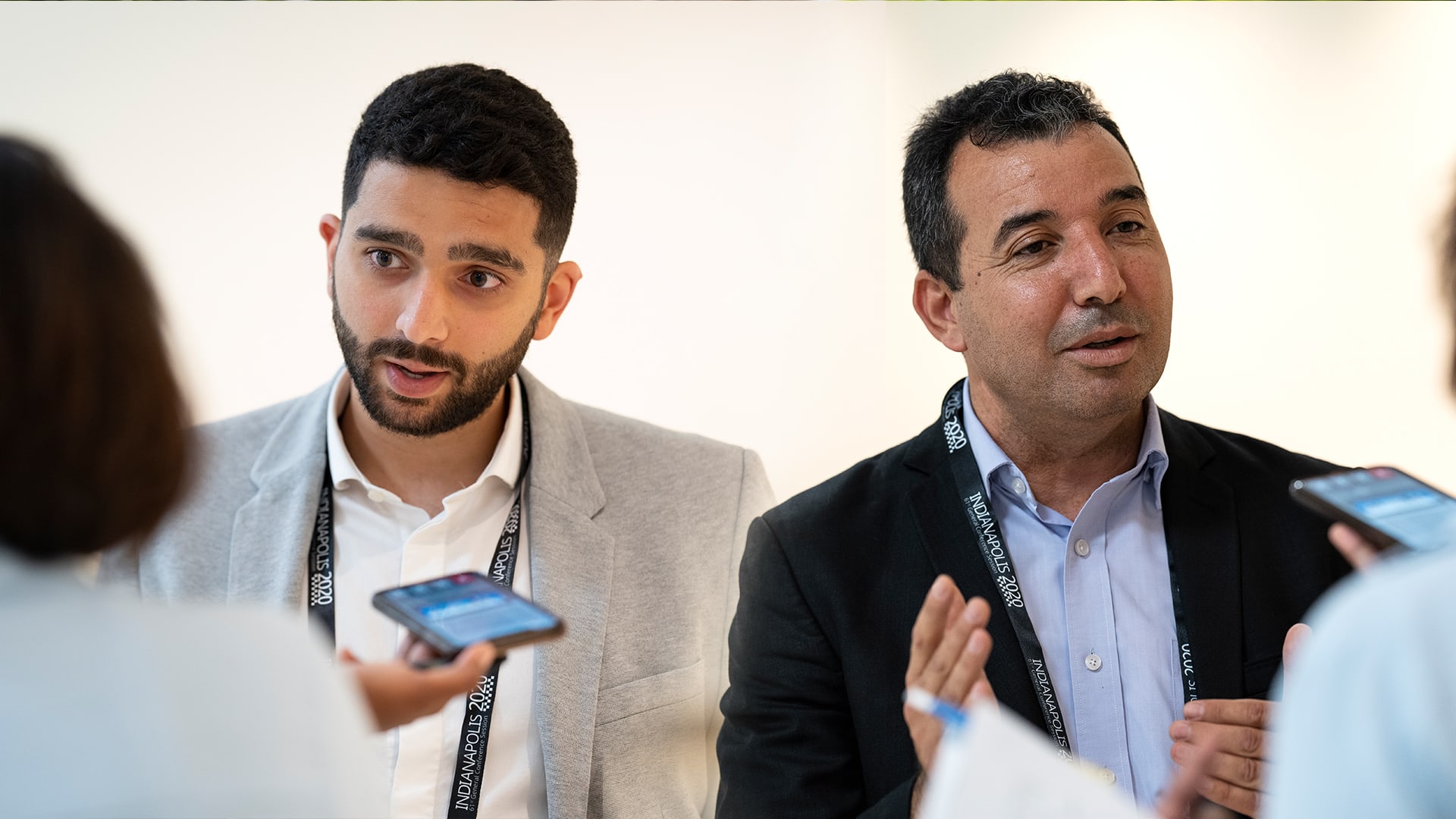