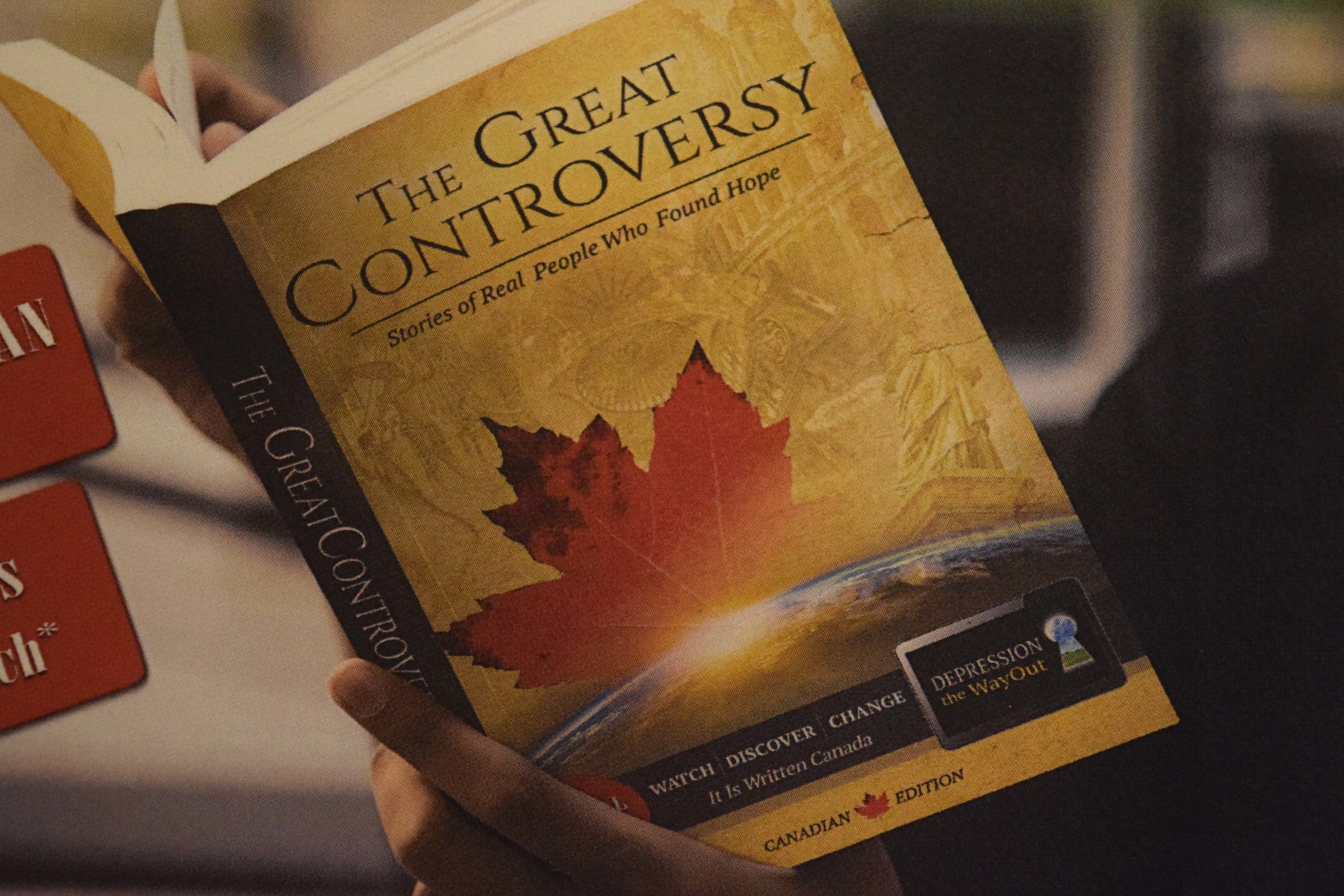 The countdown is on.

On July 1, Canada will turn 150, and the northern nation is planning to celebrate it in grand fashion. While multiple events will take place across the country on that day, the largest gathering is set to take place in Ottawa, the nation’s capital. The long-day festivity will include music festivals, street celebrations, a massive fireworks show, and an official outdoor ceremony with the presence of Charles, Prince of Wales, his wife Camilla, and other international dignitaries.

Making the most of the day, which in 2017 falls on a Saturday, Seventh-day Adventist volunteers across Canada are working on the logistics to travel to Ottawa and distribute a Canadian-themed tract to 300,000 of the estimated 500,000 people who will take part in the celebrations in the nation’s capital. The Giving Light to Our World (GLOW) tract, a division of Lifestyle Canada Educational Service (LCES), will include an inspirational thought, contact information, and Canada’s national anthem in English and French, Canada’s official languages.

“It thrills my heart to know that hundreds of volunteers will ‘Give Light to Our World’ this summer in Ottawa,” said Jonathan Zita, LCES director and Canada’s GLOW co-ordinator. “The dream is for church members from all age groups to take part in this outreach initiative.”

Zita said that he believes in the power of God’s Word to transform hearts, and that is the reason he and others are looking forward to sharing it with others through literature. “To me, GLOW is not only the ability to plant seeds for a future harvest,” he said, “but it provides me with joy to know that others can have a chance to connect with God right now through His Word.”

As a follow-up for people who ask questions or express a wish to know more about the tract, volunteers will carry a special Canadian-themed edition of The Great Controversy by church co-founder Ellen G. White. The volume will combine chapters of the original book with real-life examples of how the biblical principles stated in those chapters can be applied to contemporary life.

“For instance, the chapter which deals with the state of the dead will include a life-experience story introduced by a phrase such as, ‘Mr. Smith recently lost his wife, and is wondering where is she now,’” explained Zita. “The goal is to trigger meaningful conversations with the people who might show some interest in knowing more.”

GLOW is an outreach initiative that originated in California, United States, but has now branched out to other regions. It’s based on the concept of church members distributing GLOW tracts—free of charge—at every opportunity. The tracts, which cover different biblical topics and teachings, are currently being printed in 45 languages.

“As GLOW tracts are translated and used more and more in the world divisions, we see both their impact and relevance increase.”

“The emphasis and purpose of the ministry are always the wholeness of body, mind, and spirit of all people,” explains the initiative’s Canadian website. It is something offered “regardless of religion or creed.”

GLOW tracts have already provided wonderful experiences and exciting results, said the coordinators of the initiative.

“As GLOW tracts are translated and used more and more in the world divisions, we see both their impact and relevance increase,” said Nelson Ernst, global GLOW director. “Small literature distribution, whether books or tracts, has played and will ever play an important role in activating church members and planting seeds of truth in people's hearts.”

Ernst shared that as more church members give away free literature in everyday life, results keep getting better and better. “More and more, ministry leaders are hearing incredible stories of divine appointments and people being linked to the church,” he said.

Zita concurred. “I would like to tell every pastor or lay member who is not convinced about this simple method of truth sharing that, regularly, we get letters from people who read the tracts and want to know more about the Bible and find a church,” he said. “Believe me; it works!”

Church leaders in Canada are not only praying for the project but committing financial resources to it.

“I am thankful for the support of all levels of the Adventist Church in Canada towards this great venture,” said Zita, who added he is already praying for those who will receive the tracts on July 1.

Quoting White, Zita said he dreams of the day when “more than one thousand will be converted…, most of whom will trace their first convictions to the reading of our publications.”