Adventists, Suffering in Portuguese Fires, Reach Out to Others 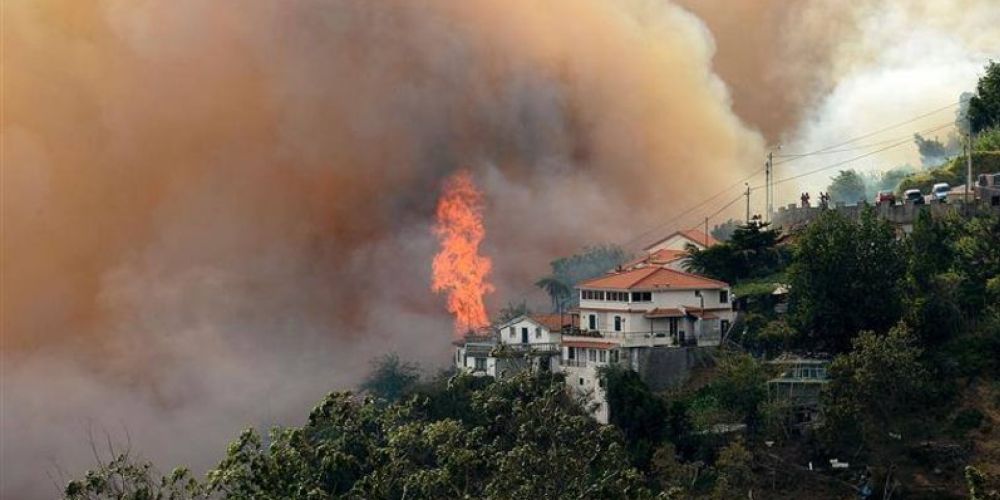 By Adventist Review and ANN staff

Seventh-day Adventist volunteers are delivering food and water to people affected by wildfires that have killed at least three people and destroyed many buildings, including a home and store owned by church members, on the Portuguese island of Madeira.

Houses and hospitals have been evacuated as firefighters have battled wildfires on the mountainous archipelago comprised of four islands off Africa’s northwest coast. The wildfires, which authorities say were started deliberately, have now reached Madeira’s largest city, Funchal, which has a population of about 110,000.

“This is a terrible experience for all of the affected population,” said Corrado Cozzi, communication director for the Adventist Church’s Inter-European Division, whose territory includes Portugal. “We pray for those who have lost their belongings and for those who are in pain due to this ravaging fire.”

The Adventist Development and Relief Agency, with support from Pathfinders and the local Adventist Church, has delivered fruit and other food along with drinking water to people in the devastated city of Vila Nova de Monsarros, the Inter-European Division said in a statement.

ADRA, working in cooperation with city leaders, is also raising donations and managing volunteers and a warehouse for the collection and distribution of relief items.

The fire has destroyed a home and a store owned by Adventist believers in Vila Nova de Monsarros and is threatening other properties owned by church members, the Inter-European Division said.

“We praise God for the protection of life granted to all members of our church on the island of Madeira,” said Jorge Duarte, communication director for the Seventh-day Adventist Church in Portugal. “However, let us pray for the Lord to protect the population of our country.”