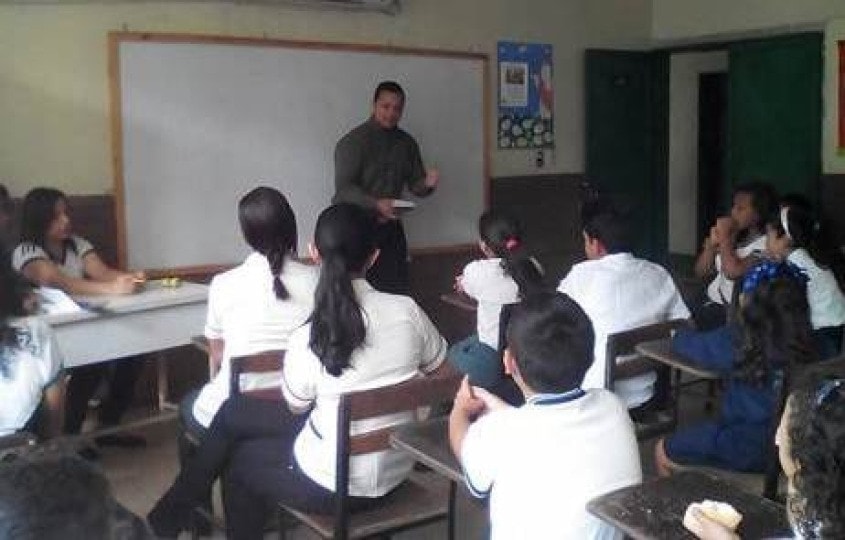 Midway through a 10-day prayer initiative, Adventist believers around the world say they are already seeing an outpouring of the Holy Spirit though renewed unity in their churches and many answered prayer requests, including for an alcoholic who stopped drinking in Kenya and a boy who speedily recovered after surgery in India.

Scores of Adventists are meeting from Jan. 7 to 17 in churches, by telephone, and via social media as part of the Seventh-day Adventist Church’s annual Ten Days of Prayer, which is being held for the fourth year.

People participating in the hourlong prayer meetings, modeled after biblical account of Pentecost, are seeking an outpouring of the Holy Spirit on themselves, loved ones, and the church at the start of the new year.

The Adventist Review is publishing a daily blog of prayers from leading Adventist figures during the Ten Days of Prayer.

Jerry Page, director of the church’s Ministerial Association, which organizes the Ten Days of Prayer and has prepared materials with daily themes for prayer groups, said he was thrilled about the many prayer-related e-mails that his office has received over the past few days.

“It’s a more intense response this year than last year and the year before,” Page said Wednesday. “So the initiative is building, and that is exciting.”

E-mails have been pouring in from places such as Panama, Ireland, France, Saudi Arabia, Qatar, and Papua New Guinea, and they are filled with praise for God.

“The Ten Days of Prayer has revived Southend SDA Church and its Friday prayer meetings, which no longer existed,” said Tafadzwa Katsota of the Southend Seventh-day Adventist Church in Zimbabwe. “This 10-day session has taught us that power rests in prayer and brings unity amongst church members.”

“We have seen God's hand,” said Daniel Miruka Mosobeti, who attends a church of 95 members in Kenya.

Mosobeti said prayers had prompted a relatively new church attendee, a middle-aged man, to stop drinking a local alcoholic brew known as Chang'aa. The man had shown up for church services intoxicated, and now he was attending the daily prayer meetings sober.

He said church members were now focusing their prayers on another drinker, a man who had staggered to the church’s front gate on the first day of prayer last week but never made it inside.

“Please, remember him in your prayers,” he said. “He is my uncle and is really struggling with alcohol abuse.”

In Tanzania, church member Yoel Asaph Mwanza expressed joy that his 10-year-old brother had experienced a fast recovery after being flown to India for an emergency heart operation.

“When I started to pray for him, he recovered very quickly, within a few days,” Mwanza said. “The doctors were estimating that he would recover after two weeks.”

He said he couldn’t wait to see how God would answer other prayers during the remainder of the Ten Days of Prayer. “I am still waiting for great things to happen in the remaining days,” he said.

Read more about the Ten Days of Prayer initiative

Charmaine Ridgely, from the Baltimore First Seventh-day Adventist Church in the U.S. state of Maryland, told of how a car spun out of control on an icy road and stopped inches from her vehicle during her church’s 10 days of prayer, which were held from Jan. 1 to 10.

Christy Gonda saw it as a miracle that people were managing to show up for 5 a.m. prayer meetings at the Jakarta International Seventh-day Adventist Church in Indonesia. The early hour proved the best time for members to gather in Jakarta, a sprawling city of 10 million people that is notorious for its rush-hour traffic.

“It’s a challenge for the members to wake up before 5 a.m., get ready for the prayer time at church, and proceed to their workplace,” Gonda said. “Keep us in your prayers that our church can be united, revived, and reformed through the prayers sent throughout this Ten Days of Prayer program.“

Technology Comes to the Rescue—Sometimes

Dean Saunders, from Midrand, South Africa, said he was praying with people through Facebook and What’s App, an app for mobile devices.

“It is so heartwarming and encouraging to pray with people from around the world,” he said.

Ana Luisa Petit, a member of the Berea Seventh-day Adventist Church in Parque Lefebre, Panama, created a prayer group based on her contacts on Facebook and What’s App.

Zakia Bradley, from the Robbins Seventh-day Adventist Church in Robbins, Illinois, said his group was meeting every evening by telephone but had found that technology sometimes required divine intervention to work.

“There was such an outpouring of the Holy Spirit tonight—it was felt and heard,” Bradley wrote in an e-mail on Sunday. “During the middle of our season of prayer, we all started to hear a loud, heavy breathing, static-like noise. The person who had already started praying continued to pray. However, after she was done, we immediately prayed against the interference and then did a quick roll call. Everyone seemed to be on the line; some even hung up and called back in. We continued to claim the victory through the power of Jesus, and suddenly the irritating noise (it had been about 3 minutes now) stopped!

“From there we continued in testimony, and the callers were so encouraged by the Word about ‘Longsuffering,’” he said, referring to Sunday’s theme for the Ten Days of Prayer. “We continued in prayer and ended the call on what I believe to be the highest night of all so far.”